The cast of Argylle has been announced, the new spy film by Matthew Vaughn, director of Kingsman, which will give life to a real franchise of at least three chapters

While everyone is waiting for the release of the new chapter of the Kingsman saga (in this case The King’s Man, the prequel starring Ralph Fiennes), the news today is about another Matthew Vaughn film. We are talking about Argylle, a spy movie based on the novel of the same name by Ellie Conway, which has yet to be published. The book is about the so-called “best spy in the world”, who will be the protagonist of a film trilogy, due out in the next few years. It is a continuation of the spy genre for Vaughn, who therefore does not depart from the vein to which Kingsman belongs.

The stellar cast of Argylle

The real news, however, concerns the cast of Matthew Vaughn’s film. In addition to the aforementioned Bryan Cranston (Breaking Bad) and Henry Cavill (Justice League), Samuel L. Jackson (Avengers saga), John Cena (The Suicide Squad), Sam Rockwell (Moon), Bryce Dallas Howard (Jurassic World) will also be present ) and Catherine O’Hara (Schitt’s Creek). In addition to these established actors, Argylle will also count the participation of singer Dua Lipa who, in addition to providing original music for the project, will make her big screen debut. We’ll see if this film will live up to the expectations given by this great cast, made up of award-winning actors like Cranston and Rockwell, but also pop icons like Jackson and Cena. 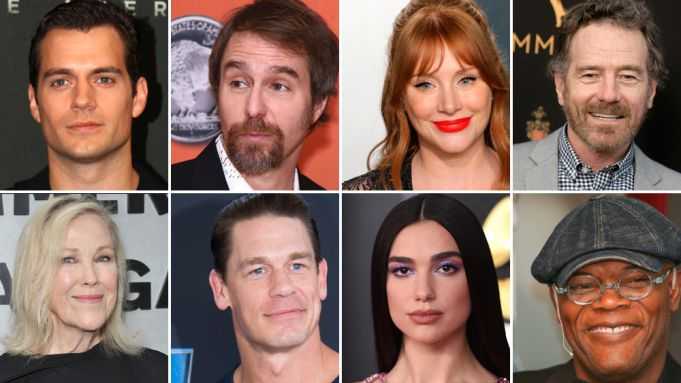 The film is produced by MARV, the production company founded by Matthew Vaughn and Guy Ritchie, formerly responsible for the success of the Kingsman saga. Vaughn said he was thrilled with this project, stating that it “will reinvent the espionage genre.” Argylle will be the eighth feature film directed by Vaughn, which debuted in 2004 with Pusher, and then continues with Kick-Ass, X-Men – The Beginning, and then reaches the Kingsman saga.