The electric car is worthwhile really? There are those who say that battery-powered cars are much more expensive than traditional cars, between purchase cost and real operating costs. Other sources instead talking about how the costs of an electric car are much lower compared to those of a thermal car. But where is the truth? Today we see all the costs, fixed and variable, of an electric car, from purchase to maintenance through recharging, a real question mark and a place where legends and mysterious rumors confuse the end customer. Finally we will see how much it costs to travel 100 km with an electric car and with a petrol and diesel equivalent. Ready to take notes?

The fixed costs of an electric car: purchase, road tax, insurance and parking

Let’s start right away fixed costs, which all electric cars have in common regardless of charging and mileage. So let’s talk about stamp duty, insurance, purchase cost, any incentives and so on, all you have to pay anyway, whether you use your car or not. Let’s start with the bad news: yes, the incentives are over. Again. Despite the extension of the concessions for the purchase of a new electric car in mid-October, after a few days even this new tranche of incentives is exhausted. In this way, today electric cars are left alone to “walk” with their legs.

And therefore, on average how much does an electric car cost compared to an equivalent thermal? On average, the outlay is around 10,000 euros higher on the most popular cars available both as electric and thermal. An example? The Peugeot 208, available both petrol and electric with similar power, around 130 hp. If the 130 bhp 1.2 turbo petrol with automatic transmission costs between 24 and 27 thousand euros, the electric version available with the same set-ups oscillates between 35 and 38 thousand euros. An outlay of approximately 10/11 thousand euros higher, which we also find on other cars available with both power supplies, or in different but comparable cars within the same brand. Suffice it to look at Volkswagen Golf and ID.3: versions similar in power and set-up are separated by about 8 thousand euros.

If, however, the electric car still costs much more at the price list, the BEVs take back a great revenge on the other costs. For example, the road tax is not paid for the first 5 years of the car’s life, and then it is reduced by 75% after these 5 years. If you then live in Lombardy or Piedmont, the electric car is exempt from paying the road tax forever. If you do a quick count, on cars that on average have between 140 and 250 hp in the small ones and over 300 hp on the larger ones, a partial or total exemption can lead to a annual savings between 450 and over 1000 euros depending on the power. The electric in fact are also exempt from the super stamp, if they exceed 250 HP.

In addition to the stamp, theinsurance It costs less. With the same power, size, city of residence and characteristics of the insured, in fact, an electric car pays on average between 30 and 50% less than a thermal. We explained why a few months ago. Given the reduced autonomy and the purely urban nature of these cars, according to insurance companies, EVs circulate less than equivalent thermal cars. And for this, the policy is cheaper. Another plus of electric cars is one much cheaper routine maintenance. 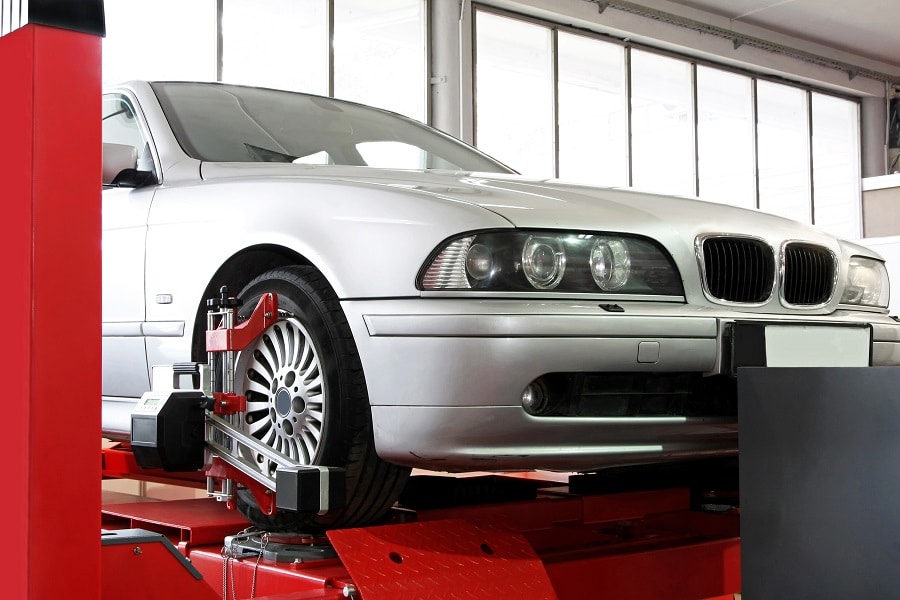 To make you understand, in fact, EVs do not need to change oil, coolant, filters or other consumable components. More, the moving parts inside the electric motor are very few, infinitely less than a heat engine, reducing the risk of unreliability. Finally, thanks to regenerative braking, the “real” brakes do not wear out at the same speed, again reducing maintenance costs. In fact, a coupon for an electric car is on average under 150 euros. Sure, there are exceptions, like cars Tesla which have costs for ordinary maintenance that are around 500 euro, while the fee for any damage to the batteries is still unknown. Finally, in several Italian cities you don’t pay for parking on the blue lines. To find out if your electricians are exempt, visit the official website of your municipality.

Energy provider: the costs of charging an electric car

These are therefore the fixed costs, the ones that we cannot ignore when we think of an electric car versus a thermal. Let’s go back to the Peugeot 208 from before. If we consider the triptych stamp-insurance-annual coupon, with a 208 1.2 Puretech Turbo with 130 HP costs 1,135 euros per year on average, while with the 136 HP e-208 they spend 420 euros, which rise to 504 with 75% stamp duty after 5 years. For the more curious, I have calculated the insurance for a young 40-year-old employee who lives in Milan, married with children, garage and with an annual mileage of 15,000 km. Depending on your age, employment, city and overnight storage, the figures may vary. 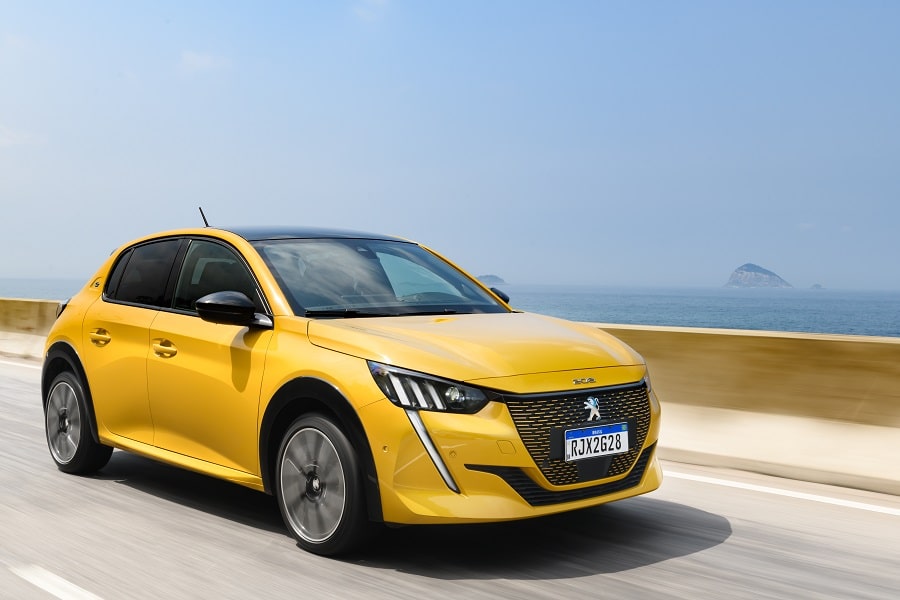 So we are about 1/3 of the cost of a thermal car. But the biggest costs for an electric car, as for a normal traditional car, are to actually make it move: the refueling. However, if it is easy for traditional thermal cars to calculate an approximate cost per km, for electric cars it is more complex. In fact i gasoline prices are known to all: the latest update of the Ministry of Economic Development at the end of October talks about the gas attested to a average price of € 1.75 / liter, which comes down to € 1.61 / liter for diesel. 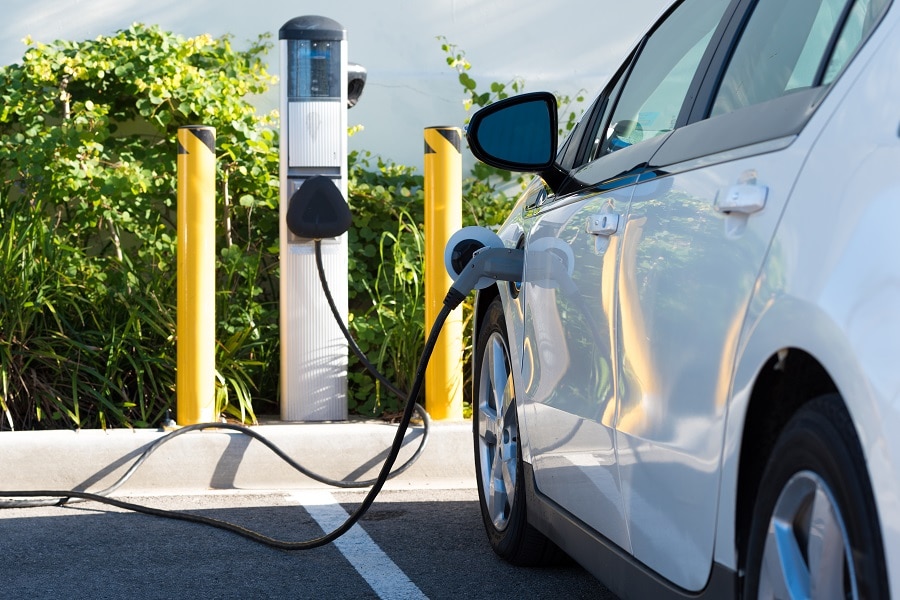 For the electric, however, it is absolutely not that easy. Setting aside the charging times for a moment (which deserve a separate question, and which we have often spoken to you about), what are the real costs of a top-up? How much does a kWh of energy put into the battery cost? And when the costs of an electric car exceed those of a thermal car? How do you pay? And how are they activated? Let’s find out now: we will analyze the costs per kWh of all the main companies operating on the Italian territory. Keep the calculator nearby – you might need it.

Home recharging: the cheapest, but the slowest (and pay attention to the network …)

Let’s start immediately with a bang with the most sensible type of recharge, economically speaking: that housewife. Despite the increases in recent months, in fact, home recharging is still the cheapest. In fact, energy on the free market costs today 0,19 € al kWh, with peaks of 20 cents during the day and € 0.185 at night and weekends. Taking our now usual example as an example Peugeot e-208, to fully charge its 50 kWh will need about 10 euros by recharging from home.

By taking advantage of particular offers for the light it is possible to obtain special discounts at night, usually those in which the electric car is recharged to be ready for the next day. There are offers, for example those of NeN or Enel Luce e Gas, which offer free electricity at night. So pay attention to the offers, because you could be able to save a lot. 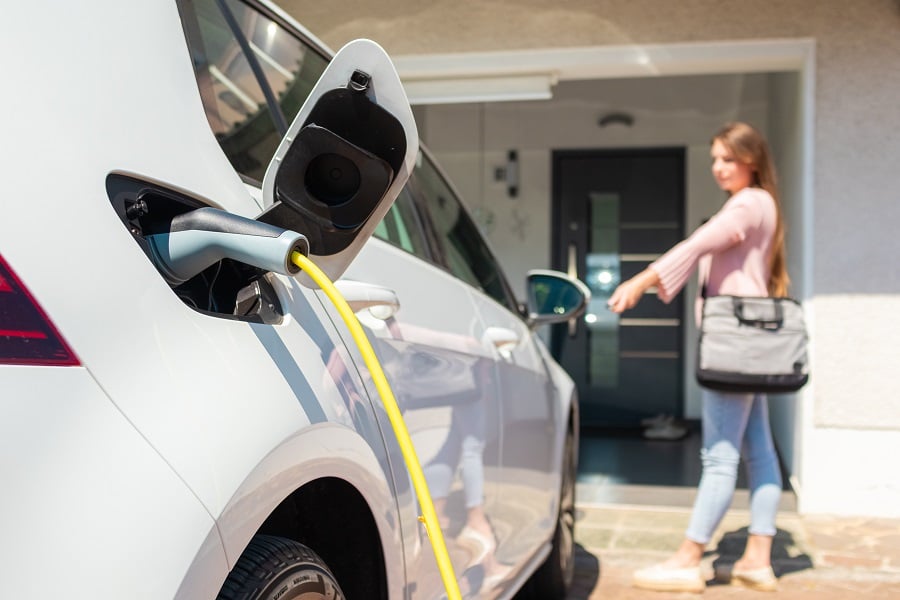 Finally, to make the most of the home network pay attention to the state of the electrical system. An outdated system in poor condition will greatly slow down charging, and could result in very dangerous short circuits. Plus, the real downside to home charging is the time it takes. With a maximum power of Italian household systems of 3,7 kWh, to recharge the 50 kWh of our e-208 with the classic Schuko socket it takes i 27 ore. The perfect solution is that of install a Wallbox, often offered by the energy companies themselves or by car manufacturers at reasonable prices or even for free. These, thanks to one maximum power of 7.4 kWh, I am capable of more than halving charging times, allowing a full charge overnight. All this, however, without excessively raising the cost of recharging.

So let’s start with the energy providers through public columns. These offer a stall around the city, in a petrol station or in a shopping center, with powers that can go up to 22 kW in alternating current, while up to 350 kW in direct current. Let’s start with one of the most popular providers, that is Enel X. The company of the former sole energy operator in Italy is one of the most widespread nationally.

In fact, Enel X has over 12 thousand columns scattered throughout Italy, with 3 different types of charging stations. The costs for recharging an electric car through Enel X and its JuicePole columns depend on the power supplied by the columns. Those with alternating current and power of 22 kWh have a price of 0.40 euros per kWh. For the Fast direct current column with a power of 50 kWh the price goes up to 50 cents per kWh, while it gets to 0,79 € al kWh if you choose the stations Ultrafast with power above 50 kW. 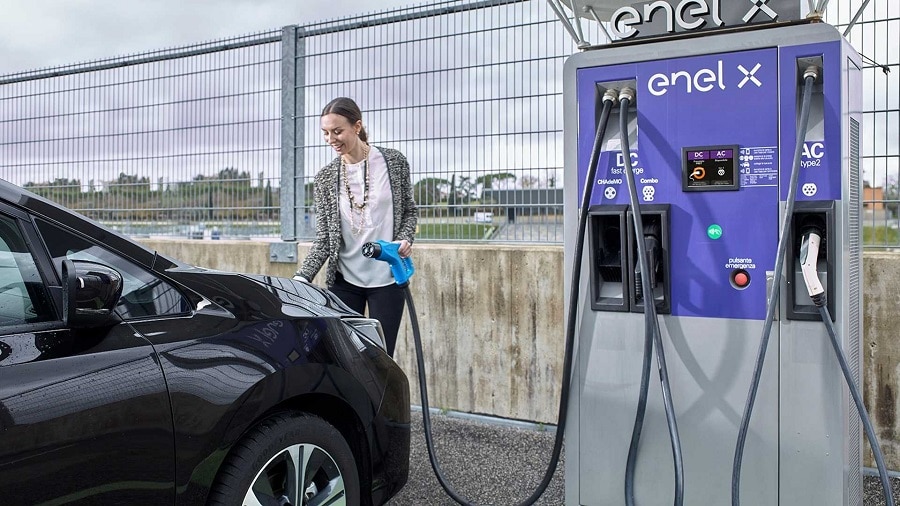 They are activated with the Enel X app or with the RFID card (i.e. cards equipped with an identification chip, such as credit cards or some loyalty cards of large-scale distribution chains), and you pay by inserting a credit, debit or current account, like all providers present today. Some, such as Neogy and Ionity, also allow payment via PayPal. But there are not only pay-per-use rates. Enel X also offers flat rates. What are? Paying a fixed monthly amount, it’s possible “Buy” a certain number of kWh to be used during the current month. For Enel X, there are two Flat rates: the Small Flat Plan, which allows you to upload 70 kWh for 25 € per month, or the Flat Large plan, which for 45 € per month offers 145 kWh per month.

The second company we talk about today is Duferco, a Ligurian provider that can count on 10,000 columns scattered throughout Italy, thanks also to a particular contract with other providers that allows the use of columns from other brands. Duferco has a consumption rate of € 0.40 / kWh + VAT on Quick and Fast columns up to 50 kW of power, which rise to € 0.65 / kWh + VAT on Ultra Fast columns over 50 kW of power. 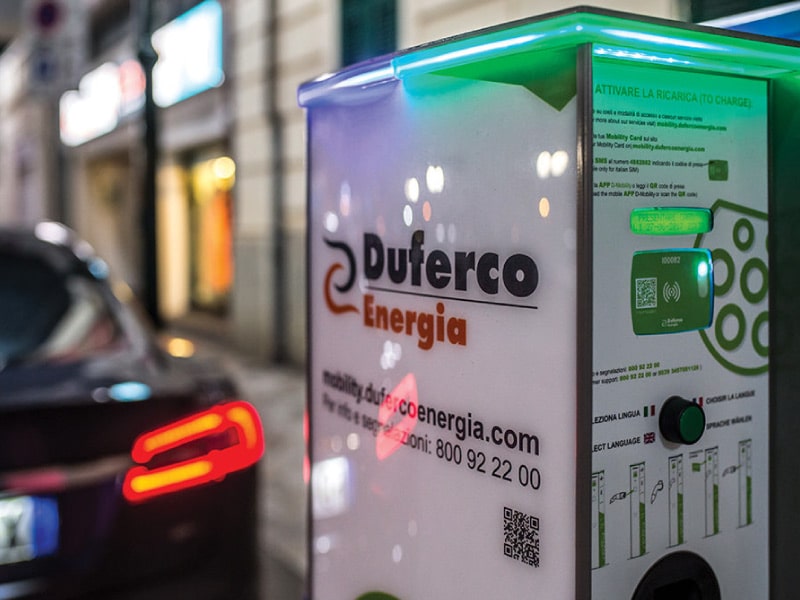 Duferco, however, also offers two more possibilities: tariffs Flat and a particular rate “Rechargeable“. The Flat, which gives access to interconnection with other charging systems, offers 300 kWh per month at 50 euros, while the Rechargeable are very interesting. These are in fact like prepaid cards, …