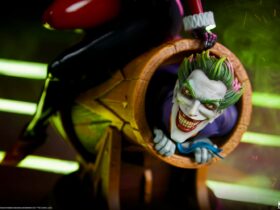 Joker and Harley Quinn: here is the new incredible diorama!

Funko, with the usual infallible punctuality, presented new POP figures dedicated to The Falcon and the Winter Soldier. Let’s find out together

The season finale of The Falcon and the Winter Soldier it’s finally here, and that was all we could have asked for. For the occasion, punctual as a Swiss watch, the American Funko has already announced new ones figure to topic The Falcon and the Winter Soldier. The new wave of figurines includes Sam Wilson in the guise of Captain America, and this is only the beginning. Let’s see all the details about it in the next lines of this article.

The Falcon and the Winter Soldier: here are the first official shots of the new Funko POP! theme

Three of the figures you see are exclusive to certain retailers – a special Year of the Shield version will only come on Amazon, Flying Cap is intended for Walmart and the Battle pose version goes to GameStop. Each figure captures that particular stars and stripes magic that pervades every installment of the series. Pre-orders for the full wave are already open and can be found at a variety of retailers. With the convention circuit restarting, we wouldn’t be surprised if we saw more POP figures from The Falcon and the Winter Soldier. Speaking of The Falcon and the Winter Soldier, have you already seen the Disney store themed figures? And the POPs of the Marvel Infinity Warps series?

And you? What do you think of the statuettes that you can see in the photos in this article? Write it to us below in the comments section. Stay tuned to TechGameWorld.com for all the news and curiosities from the bewitching world of figures and more. Lastly, for the Funko POP!, i prodotti LEGO, Star Wars, Disney, Marvel, Nintendo, Banpresto and gadgets of all kinds at discounted prices we invite you to take a look at the Zavvi.it store. Furthermore, if you are a lover of small Funko figures, we also invite you to take a look at the POP In A Box store where you can find particularly advantageous offers. 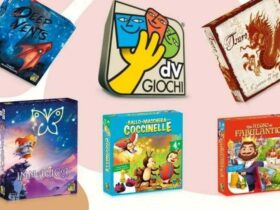 Guardians of the Galaxy: James Gunn has finished the Christmas special