The most famous “anti-GTA” ever, Saints Row, confirms the presence of its new trailer on the gaming red carpet of The Game Awards 2021

If the self-irony of the series was too subtle (or the smudges with which it occasionally returns had not clarified it enough), that of Grand Theft Auto is now a genre and the most sardonic exponent, Saints Row, is going to pay homage to us with his presence with a confirmed trailer for The Game Awards 2021. We have already seen a lot of the game from its official reveal a few months ago, but the reboot of the series has become more and more intriguing. And despite the delay from the launch originally hoped for in February 2022, it does not seem that Volition and Deep Silver want to slow down on marketing.

Saints Row, the “GTA that doesn’t take itself seriously”, confirmed for The Game Awards 2021

The Game Awards official account has confirmed the presence of a new gameplay trailer for Saints Row during the 2021 edition, which will keep us company tonight. Pulling until the early hours of dawn is not always easy, but the adrenaline of such an “ignorant” game will certainly make the task easier. There short clip present in the tweet confirms the customization options, but this does not mean we should expect it to be “that’s all”. On the contrary: knowing the saga, these will probably be nothing more than outline details. We let you consult the tweet in its entirety.

Looking forward to showing you a brand new gameplay trailer from @saintsrow at #TheGameAwards! Buckle up, tomorrow is gonna be a ride! pic.twitter.com/q1WbfWsnLZ

This is certainly not the only confirmed presence for the event, given the illustrious names that have filled the red carpet so far. In fact, we are talking about an increasingly long list that also includes Steelrising, The Lord of the Rings: Gollum, Suicide Squad: Kill the Justice League and, last but certainly not least, the next Sonic game (whatever the definitive title). As for Saints Row itself, its arrival is expected for PS5, Xbox Series X and Series S, PS4, Xbox One and PC on 23 August 2022. The appointment with the event, however, is set for tonight at due o’clock.

Now it’s up to you to tell us yours: what do you think of this confirmation? Let us know below, and as always don’t forget to stay on TechGameWorld.com for all the most important news for gamers and more. For your purely gaming needs, you can instead find the best discounts in digital format on Instant Gaming.

Black Ops Cold War and Warzone: all the news of Season 5! 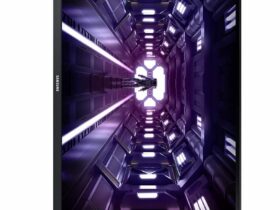