In this review we analyze The Great Ace Attorney Chronicles, a spin-off that puts us in the shoes of the ancestor of the famous Phoenix Wright

Twenty years have passed since the release of the first chapter of the Phoenix Wright saga in Japan. In the West, we only started getting to know it a few years later when it came out on the Nintendo DS, but the first chapter originally came to the Game Boy Advance. Since then, the success of this one-of-a-kind adventure has carved out a large slice of fans all over the world, even going so far as to give life to two anime series. The series of Phoenix Wright owes its great success to a mix that combines engaging stories with excellent character writing and gameplay that puts us in the shoes of a lawyer who tries in every way to make the truth prevail by analyzing evidence and testimonies that are not always honest. Finally it also arrives in Europe The Great Ace Attorney Chronicles, a spin-off of the main series that we will analyze in this review.

Actually The Great Ace Attorney Chronicles is one compilation consisting of two games: The Great Ace Attorney: Adventures and The Great Ace Attorney 2: Resolve, released in 2015 and 2017 respectively on Nintendo 3DS, but only in Japan. Finally i due titoli spin-off have also come to us both on Nintendo Switch and on PS4 and PC, since last July 27th. Two games therefore highly anticipated by fans, who had never been located outside the Japanese country, and which finally can be enjoyed by all lovers of the series. So here are our final impressions after facing numerous court battles.

A jump into the past

The story of The Great Ace Attorney Chronicles is set in the late 1800s, in the height ofepoca Meiji in Japan, an era born after years of internal wars. The Meiji era is a revolution for the land of the Rising Sun and sees the return of the Emperor as effective head of state after the fall of the Shogun. For this reason, Japan is trying to reform all its political and administrative bodies, including that linked to the system of laws. To start building a solid system, the protagonist of this story is therefore asked: Ryunosuke Naruhodo, a young lawyer, to go to England to study their system of laws. Actually, a friend of Ryunosuke’s was originally supposed to leave, but due to some problems that you will discover in the first case, the baton passes to the ancestor of Phoenix Wright.

Being the title based almost entirely on the story we will not go beyond describing the events to avoid spoilers. Just know that if you are a fan of the older games in the series, you will be fully satisfied with the excellent story which unfolds in over 10 cases divided into two titles. The plot is in fact only one, but divided into two games. In fact, the first title ends without a real conclusion and postpones the continuation to the second chapter, which had not a little annoyed the Japanese fans at the time of the release on 3DS, since then they had to wait two years to know the end of the adventure in the past. Fortunately in this case, you can enjoy the whole storyline from start to finish, for one total duration of about 50-60 hours (about thirty hours per game on average), depending on how fast you are to solve the cases by overcoming the many puzzles.

I characters continue to be the heart of the title, and although in this case the cast is totally new, you won’t find it hard to get attached to the intrepid and sometimes clumsy Ryunosuke or his skilled assistant Susato Mikotoba, new protagonists inside and outside the court of the tribunal. To enrich the whole there are also several supporting actors and antagonists, one above all the famous detective Herlock Sholmes, obviously inspired by the famous character of Sir Conan Doyle, who in addition to being very funny with his eccentric ways of doing and investigating, will be fundamental to solving the investigations. Among the antagonists, a noteworthy prosecutor could not be missing, in this case we will have to face the fearsome Baroque Van Zieks, legend of the English courts of which it is said that all the cases in which he participated ended with the death of the suspect on duty.

Then there are the classic over-the-top witnesses, now the trademark of the entire saga, full of oddities and who will make you sweat seven shirts to get a useful testimony. But that’s the beauty of The Great Ace Attorney, an engaging story made up of surreal characters, but to which one cannot help but become attached to. If you are a fan of the series you will feel like you have come home after a long time playing this collection of titles. Also excellent is the addition of Escapades, short stories without playable parts, which show us more details about some characters, revealing interesting details. But be careful when you decide to see them because some of them may contain spoilers on some cases.

The Great Ace Attorney Chronicles gameplay keeps in outline the same formula seen in the previous titles of the saga. Adventure is always divided into an investigation phase for the various places involved in the crime on duty, where witnesses will have to be questioned and the evidence necessary to win in court will have to be obtained, and the battle that will take place within the court of justice, in which we will have to prove our client’s innocence. Nothing new then under the sun, but being a unique gameplay exclusive to the series Capcom, the formula is still valid and always fun, despite the twenty years since its debut.

The big news linked to the investigation phase is given precisely by the presence of Herlock Sholmes, who will activate a mode called Dance of Deductions, in which he will analyze a crime scene trying to reconstruct the events. Often, however, the brilliant detective will prove that he is not so brilliant, due to bizarre reconstructions that we will then have to fix in order to use them in the court.

The second title of the collection does not add much, if not the research of the Fingerprints, which in reality is not a real novelty, since it was also present in some previous chapters. All in all, this phase is always fun, even if in some cases the investigations become a little too long and not very stimulating, when in reality you can’t wait to find out all the details by going to the final confrontation in court. 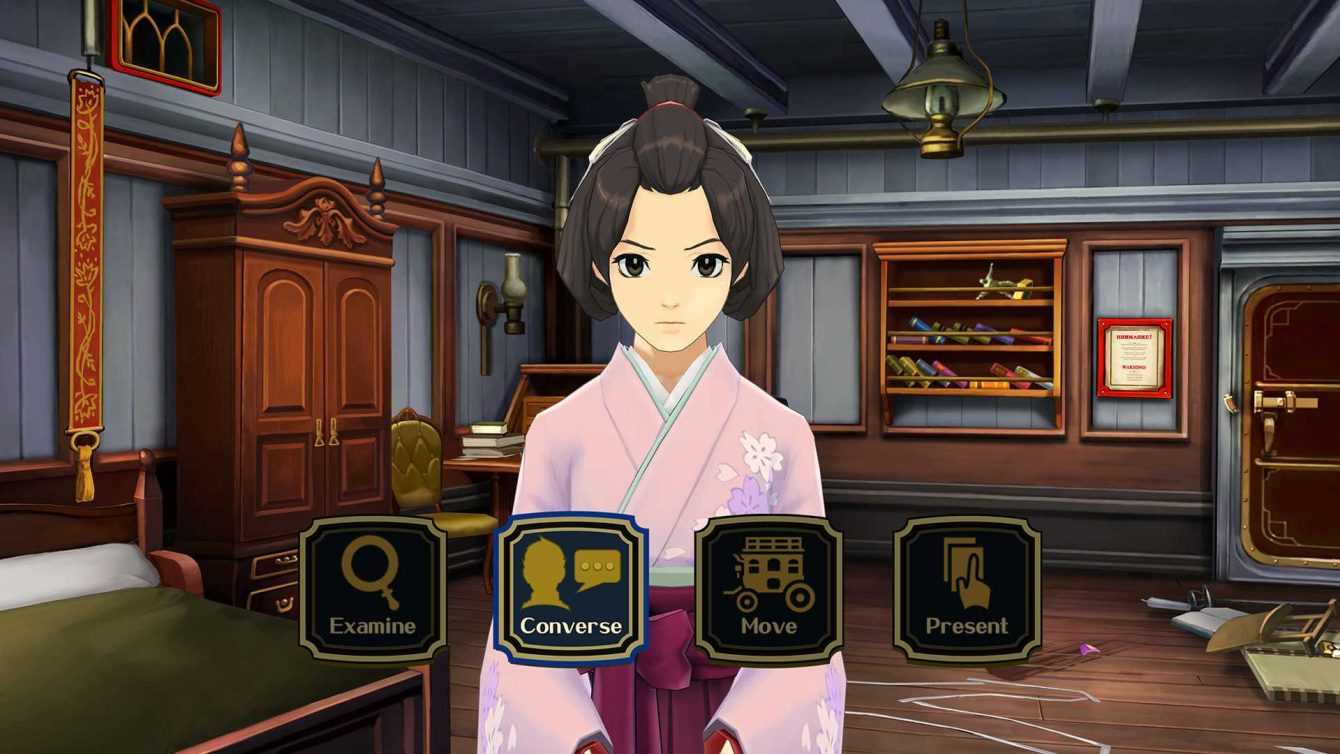 Shout “Objection!” from the center of the court – The Great Ace Attorney Chronicles review

As mentioned in this review of The Great Ace Attorney Chronicles, the core of the gameplay is split between investigations and court challenges. The latter are also remained faithful to the past, and as always we will have to spend our time in challenges that at first seem impossible to overturn, but test after test and testimony after testimony we will begin to glimpse the truth until the final victory that no one expects. As always, therefore, we will have to analyze every sentence of the witnesses called into question, and be able to show the right evidence at the right time.

Unfortunately, even in these titles it always remains a little timing issue: that is, it sometimes happens to have understood what happened, but not to be able to present a fundamental proof until it is requested, therefore being forced to an unnecessary lengthening of the broth. Some cases actually are a little too much without extended without a real valid reason. The main novelty of The Great Ace Attorney Chronicles will be given by the English judicial system, which is composed of a jury of six people which has a huge bearing on the final verdict.

Throughout the process we will always have to try to have at least half of the jury on our side, and when they are convinced of our client’s guilt we will have to try to convince them with evidence or by showing inconsistencies in the testimonies. In short, the mechanics are new and interesting, but the methods in which it is used are the ones that have always been used even in the past. In any case, the presence of the jury is an interesting novelty that will not fail to give life to several twists that will spice up the story. 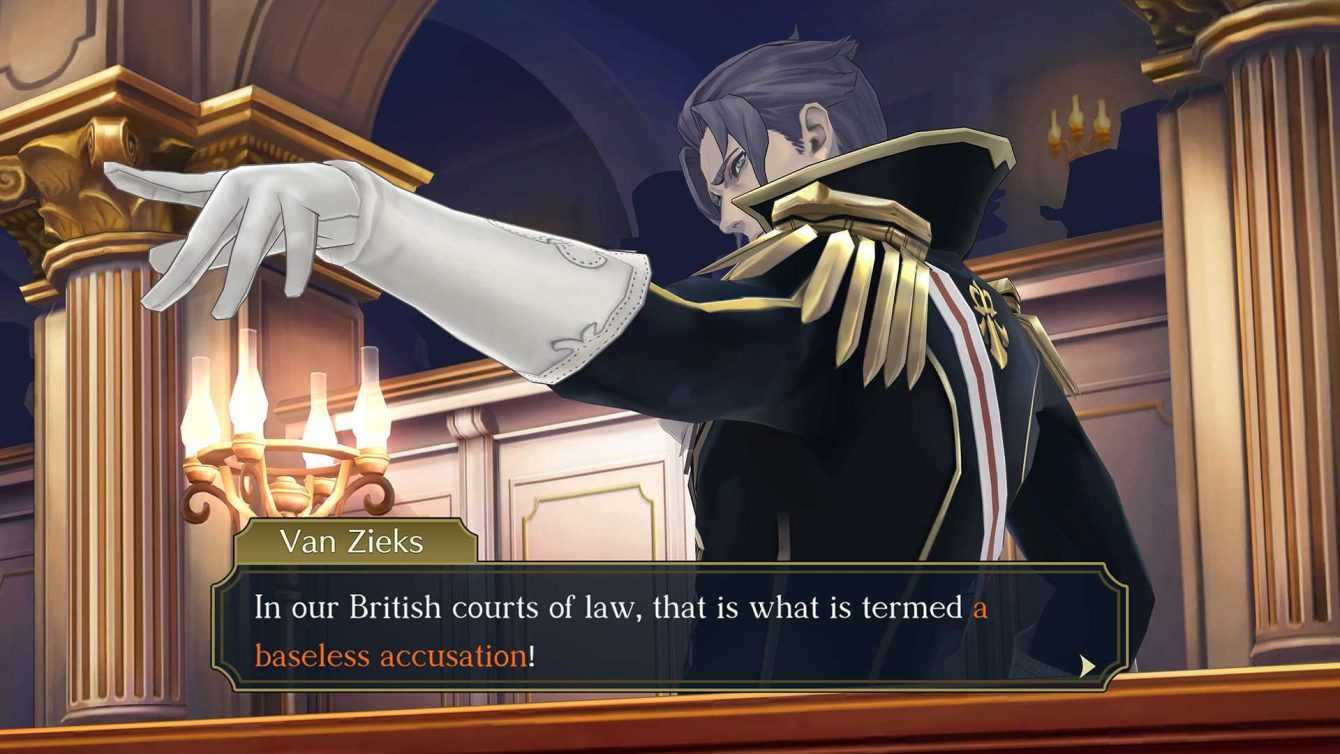 The Great Ace Attorney Chronicles is a port of two titles released on 3DS, as we saw at the beginning of this review. Graphically Capcom has not revolutionized the original titles much, in fact we are faced with a version almost identical to those seen on 3DS. Basically, the work focused on rendering the most detailed characters so they wouldn’t look out of place even when played on larger screens than the Nintendo handheld console, but don’t expect a major visual overhaul.

Fortunately, the Capcom series of titles has never been very demanding in this respect, being an adventure with little movement and many static images. The animations of the characters are always well done and fun when they want to highlight the wacky nervous tics of the witnesses. the art design is always of excellent quality. Unfortunately, the title arrived in the West only equipped with an English translation, which makes the title a little less accessible as long as you know the language well, since there will be characters who will speak with particular slang. 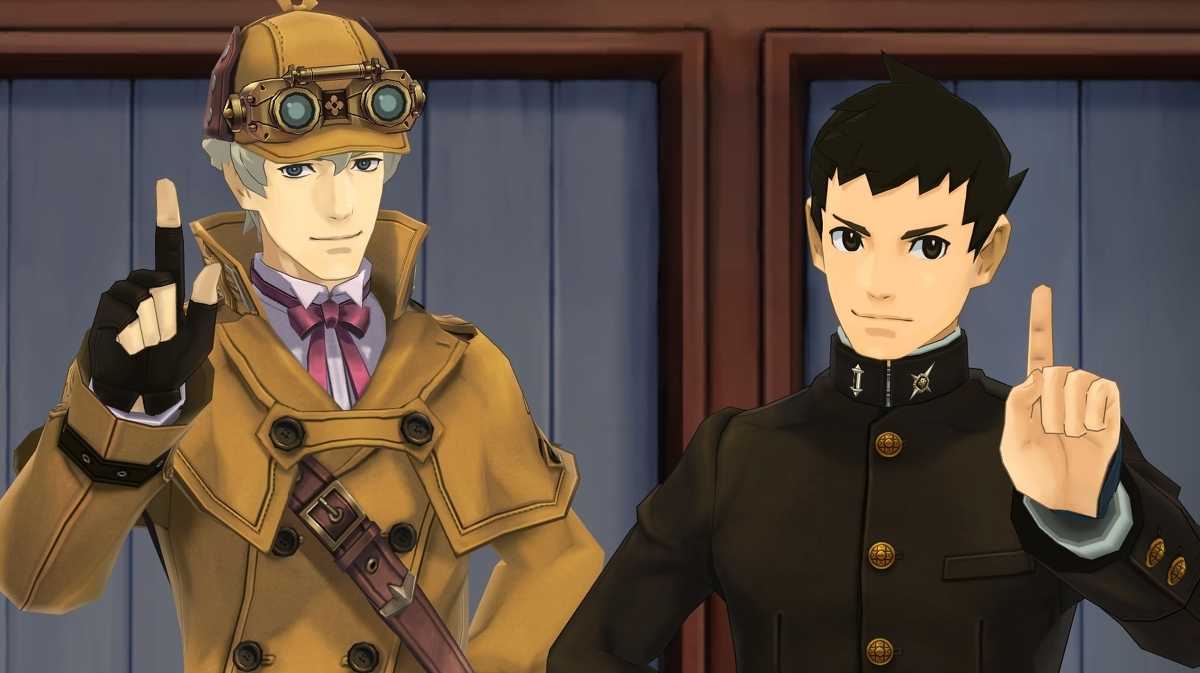 At the end of this review of The Great Ace Attorney Chronicles we can say that we are faced with a worthy pair of games who knows how tender the name of the Ace Attorney saga is. The two titles present in the collection are to be seen as a unique story that, despite the completely new cast of characters, manages to capture the attention of the players with a compelling plot that never ceases to surprise with its different twists. In addition, the new protagonists are all well characterized and a few hours of play will be enough to not miss Phoenix, Edgeworth, Maya and all the other historical characters.

The gameplay practically remained unchanged compared to the past, with some interesting additions that, however, do not change the classic mechanics in the least. Not bad, given that despite his 20 years, the Phoenix Wright formula is so unique to still be fun to play, especially as it comes with a great story. Finally, the port is faithful to the version for 3DS without major efforts from a graphic point of view, if not for the improvement of the character models.

A more than worthy spin-off!