Through a press release, Konami has announced all the news coming on the occasion of the 35th anniversary of the eternal Konami Code: let’s find out together in this article

While we are all waiting to learn about the fate of the Silent Hill franchise after the divorce between Kojima and Konami, the company has also turned the future of one of its most rewarding series ever. Let’s talk about PES, which this year will become a free-to-play service and will be called eFootball. In short, big programs for one of the most famous companies in the videogame field, which has given life to real giants and pillars of the videogame industry. Among these we remember the famous Konami Code, ↑↑↓↓←→←→BA, which turns 35 this year! Via press release, Konami also announced all the news coming soon to celebrate this milestone. First of all, a new site with information on retro game series, called Arcade Archives, went online.

In addition, a new line of merchandise official dedicated to the anniversary, available on the official Konami store. As part of the celebrations, artists DJ Tokyo Machine and DJ No.2 have made new arrangements for some of Konami’s retro game tracks, and again, some of these are available on Arcade Archives. DJ Tokyo Machine remixed Gradius music, beloved NES title, and the Tokyo Machine Team has created a dedicated music video. Instead, DJ No.2 made the Five Game Remix in the popular Lofi Hip Hop genre, with tracks from Gradius, Ganbare Goemon! Karakuri Dochi, Yie Ar Kung-Fu, TwinBee and Salamander.

The Konami Code anniversary and all the initiatives set in motion by the company!

To all this is also added the serie Arcade Archives, manufactured by HAMSTER Corporation. A collection of iconic video games developed with the idea of ​​faithfully reproducing classic games, including KONAMI titles such as Gradius and Yie Ar Kung-Fu. A series that gives gamers access to masterpieces that have made the history of video games and in which they will also be able to compete with each other by comparing their scores on the global scoreboard. Arcade Archives is already available on PlayStation 4 and Nintendo Switch.

And to end this slightly more curious article, we remind you that the Konami Code, which celebrates its 35th anniversary this year, appeared for the first time in the NES version of Gradius, released on April 25, 1986. In the game typing the command yielded a full set of power-ups for the spaceship. What do you think of these initiatives? Write it to us below in the comments, we will continue to keep you updated with all the news on videogame and tech! And if you are interested in game keys at advantageous prices, we recommend that you take a look at the InstantGaming catalog! 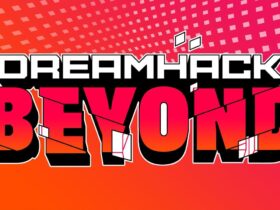 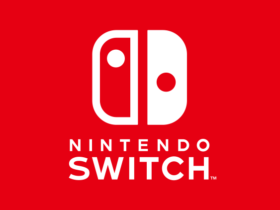