After nine long years, during which we have never forgotten it, Naughty Dog’s masterpiece is back completely covered. The Last of Us Part I is finally available on PS5 and we are ready to cry with you, once again, in this review

We’ve played The Last of Us more than anything else in over twenty years of love for video games, and there’s a reason not to stop doing it. From the original released in 2013 to the PS4 remaster a year later, the epic story of Joel ed Ellie has taken root in the brains of fans like the Cordyceps, to the point of not being able to be forgotten. Once again, on the PS5 generation, Naughty Dog brought back the title rebuilt from scratch using the latest technology available. The Last of Us Part I is finally available and today we want to tell you about it in our PS5 review.

It would be easy to call The Last of Us Part I an opportunity to make Sony easy money. Knowing the scope of the title, however, it is obvious to understand why Neil Druckman and company have decided to do it from scratch. Its 2020 sequel has won a ton of awards, and in order not to lose its bite, Naughty Dog has used many of the technologies of the second chapter to re-propose Part I as a game. “brand new”. From completely revamped graphics to an abundance of accessibility features, old and new fans alike rub their hands together as they rediscover a world adrift.

Recap – The Last of Us Part I review for PS5: the returns we like

In the extreme case you’ve never seen or played The Last of Us before, let’s waste a few minutes in a quick recap. History takes us to Texas, specifically in Austin, at the beginning of an epidemic never seen before. The images that arise in front of us in the first half hour are terrifying and build the perfect introduction to what will then be the experience. The mushroom Cordyceps (which really exists) is starting to take over the bodies of different people, spreading by spores and bites from one host to another. The virus, we will discover, turns victims into hungry and relentless creatures. In a world adrift, Joel finds himself doing whatever it takes to survive, even stooping to become a mercenary willing to do unthinkable things just to survive. Suddenly, however, due to a series of circumstances, little Ellie falls into Joel’s life. The Last of Us then turns into something much deeper: the story of a newfound bond, a girl trying to make sense of her survival and a father trying to pick up where she left off.

The highlight – The Last of Us Part I review for PS5: the returns we like

Placing your hands on the pad, the impressive work on facial animations following in the wake of Part II is evident from the start. Review the first cutscene of the game (especially knowing what its ending will be) in such an improved guise can only wet our eyes and make us want to embrace the TV whispering “you are back”. Obviously this it’s just the first taste of a wonderful banquet, embellished by the technical work done by the Naughty Dog guys in every aspect of the game. This extreme improvement in detail makes everything more real (and painful). From the heartbreaking facial expressions, to the settings we had already stripped and loved on several occasions. The way the puddles of water ripple, the fronds, the use of ray-tracing and much more make the experience almost unprecedented.

The animations have also been reworked with the Part II engine. Melee sessions are far more realistic with the pieces of the corpses they spread into the surrounding environment as never seen before. The only small discordant note to report lies in the audio sector, with some attenuation curves in the dialogues not managed very well based on the distance between the subjects. However, nothing too relevant. 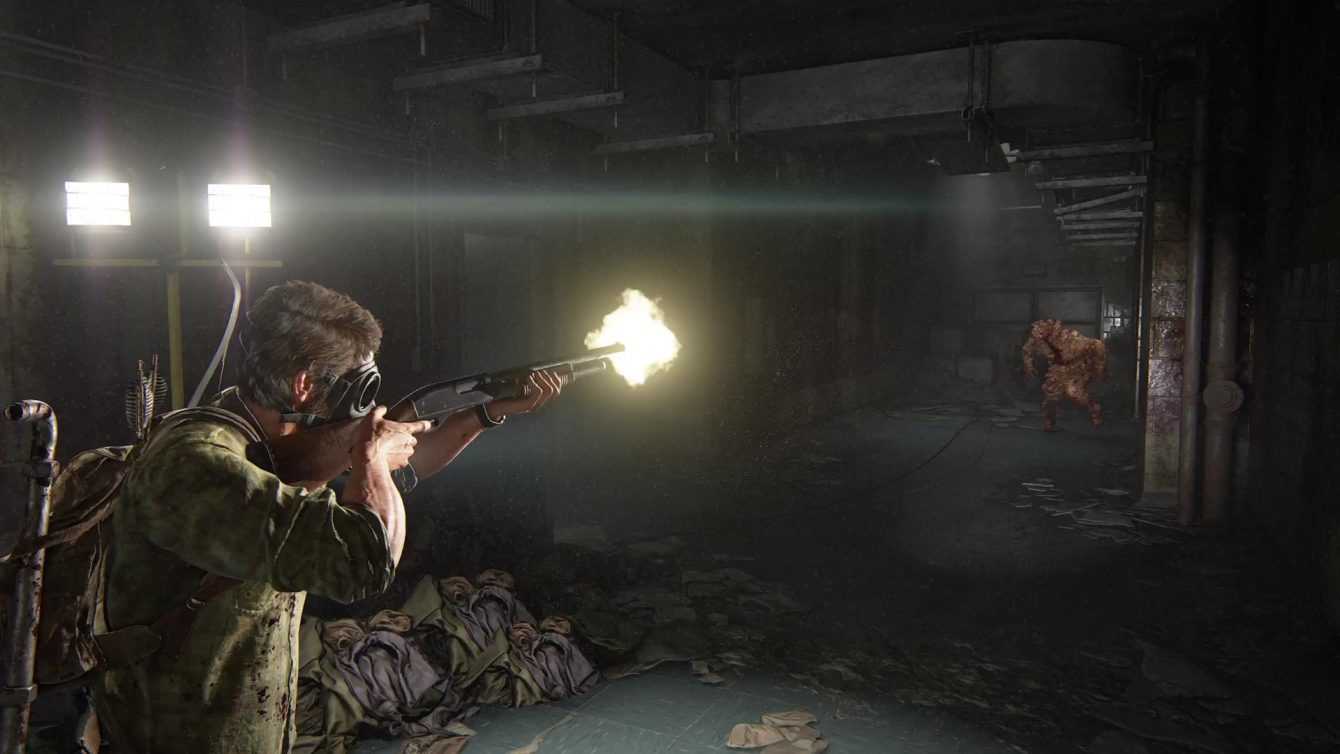 Beyond appearances – The Last of Us Part I review for PS5: the returns we like

The AI ​​of the enemies has also been greatly improved, and even replaying the same sections after dying, you get encounters and decidedly different approaches. Before meeting Sam and his brother, for example, we walked through the hotel several times noticing how the enemies moved differently in the rooms, hoping to take us out. These moments are much more organic and pleasant to relive, especially considering that in the course of the game you will end up involved in firefights several times. If in the dialogues we have a bit of a twisted nose, listening to the position of the enemies or their movements shows us the huge improvement in sound design and in the management of 3D audio.

In this regard, the technology of PlayStation 5 it has been well exploited in every aspect of The Last of Us Part I. Haptic feedback is present all the time, implemented in all weapons and equipment. The vibration (like the roar of a river crashing against the rocks in the hydroelectric plant where Tommy runs into) and the speakers on the Dualsense also work great. and enrich the gaming experience with many goodies.

A Scratched Gem – The Last of Us Part I Review for PS5: The Returns We Like

The Last of Us is undoubtedly an ageless and timeless masterpiece, as is its sequel. Despite that, this remake fails to achieve full marks due to some small things. Despite the improvements to the AI, there are a few moments left of general numbness of opponents. Too often, enemies remain immobile in one place despite our viewfinder being well positioned on their nose without “triggering” the appropriate animations. In particularly hectic situations, the game still has problems dealing with teammates (like Ellie) who don’t help or cooperate as much as they should. Finally, last in order but first in importance, the big drawback of The Last of Us Part I: the price.

We recognize the incredible work done by Naughty Dog, which has practically brought a new game to the shelves. We acknowledge the inclusion in the bundle of Left Behind, the splendid DLC that tells the story of Ellie. The technical work involved in the implementation of PS5 and Dualsense in a 2013 game for PS3 must certainly also be acknowledged. Despite this, however, let’s not forget that we are talking about a Remake of a not too old title, already relaunched on PS4 just a year later, with a virtually unchanged story and gameplay. Are we really willing to pay for a game for the third time at full price? The game is worth the candle? The answer is up to you.

Swear to me that everything you have told me is true

With this (heartbreaking) quote we close our review, preparing for the final verdict. The Last of Us Part I is undoubtedly a 2.0 masterpiece, an improved version of one of the most incredible titles ever. If you loved it on PS3 and then again on PS4, lo you will love it even more on PS5. The technical upgrade is so great that you will find yourself on your hands a new game to flesh out, to cry with and then cry again. Naughty Dog is confirmed for the umpteenth time a software house extraordinarily out of scale, despite some small flaws in the general picture. Too bad for the very small defects in the audio dialogues and for the price not within everyone’s reach, which prevent him from reaching perfection. In any case, if you are considering the purchase, our advice is not to waste time.

As always, we greet you and invite you to stay connected on TechGameWorld.com for further reviews, news, updates and much more from the world of video games. Also, don’t forget to check out the Instant Gaming catalog for always discounted titles. Hello and good survival!

Unmissable, for the umpteenth time.