With an image posted on Reddit, a user speculates the possibility of the arrival of The Matrix Awakens: Unreal Engine 5 experience on PlayStation Network

The Game Awards 2021 are getting closer and closer. Geoff Keighley will have a vested interest in attracting players, but gaming companies themselves may see the show as a more than worthwhile opportunity to promote their line-ups for next year. Among the titles that you think could appear in the course of the program, there are some small bombs to pay more attention to: an example is the next game from the creators of BioShock, or even a title that should have been in the works for more than two years. The number of World Premiere and video games to show will be the largest of any edition seen so far, and a recent rumor, released with a leak published on Reddit, also seems to reveal the arrival of the game The Matrix Awakens: Unreal Engine 5 Experience.

The Matrix cinematic works have obtained various videogame adaptations. The series has been realized in the past through three distinct video games, all separate: Enter The Matrix, released alongside the film Matrix Reloaded in 2003; The Matrix: Path of Neo, released two years later; finally, The Matrix Online, an MMO that has had the opportunity to last four years. With the arrival of the fourth film in the saga in January, The Matrix Resurrections, it is possible that the videogame versions will also be resurrected, bringing the players to experience the intrigues and deceptions of the cyber-dystopian world. 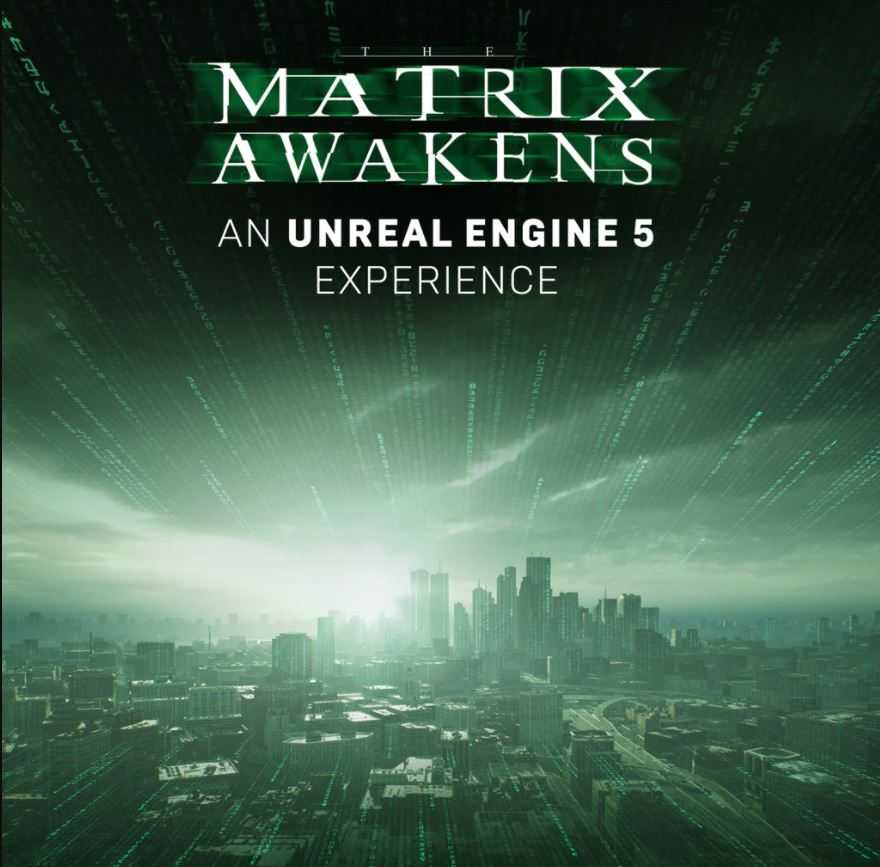 From the leak that appeared on Reddit, found in the backend of the PlayStation Network, sooner or later you could have what is defined as an “Unreal Engine 5 Experience” with The Matrix Awakens, which will only exist on PS5. The published image shows a large city backlit by the Matrixian sun. Or, for those who are more inclined to a less poetic version, it could be that it is a powerful conflagration bomb, which involves the entire metropolis.

It may be that this curious experience looks more like the Radiohead and Epic performance that you could see with Kid A Mnesia, but some details have not been released. Considering how real life is increasingly merging into the videogame one, even with the establishment of real metaverses and experiments with virtual reality, it would not be strange at all if even a franchise like the Matrix wanted to join this aspect more and more. established in the entertainment industry.