New games have been announced, all arriving during the month of July, in the already vast catalog of the Xbox Game Pass: let’s see together what it is!

July started a few days ago, and with it they have already arrived sull’Xbox Game Pass new games already announced during the month of June. Between Banjo-Kazooie: Nuts & Bolts, Gang Beasts, Limbo, and Bug Fables: The Everlasting Sapling, players from the Microsoft-owned service had just a taste of what will be released this month: in fact, another roundup of titles coming soon to Game Pass has recently been officially announced. Let’s see below what it is!

Xbox Game Pass: here are the new games for July

Let’s start without further ado with Tropico 6, coming on July 8 on consoles, cloud and PC. As for the titles related to EA Play (including, remember, in the Xbox Game Pass Ultimate), it is also on the way EA Sports UFC 4 for MMA fans. It will also arrive Dragon Quest Builders 2 in the cloud, allowing players to enjoy this RPG sandbox even on mobile.

Continuing with more new games coming to Game Pass in July, three more titles will arrive on July 15. First of all, be it Bloodroots be Farming Simulator 19 will land on the catalog, playable on all platforms. The third title is very important, The Medium, which will only be accessible via the cloud. 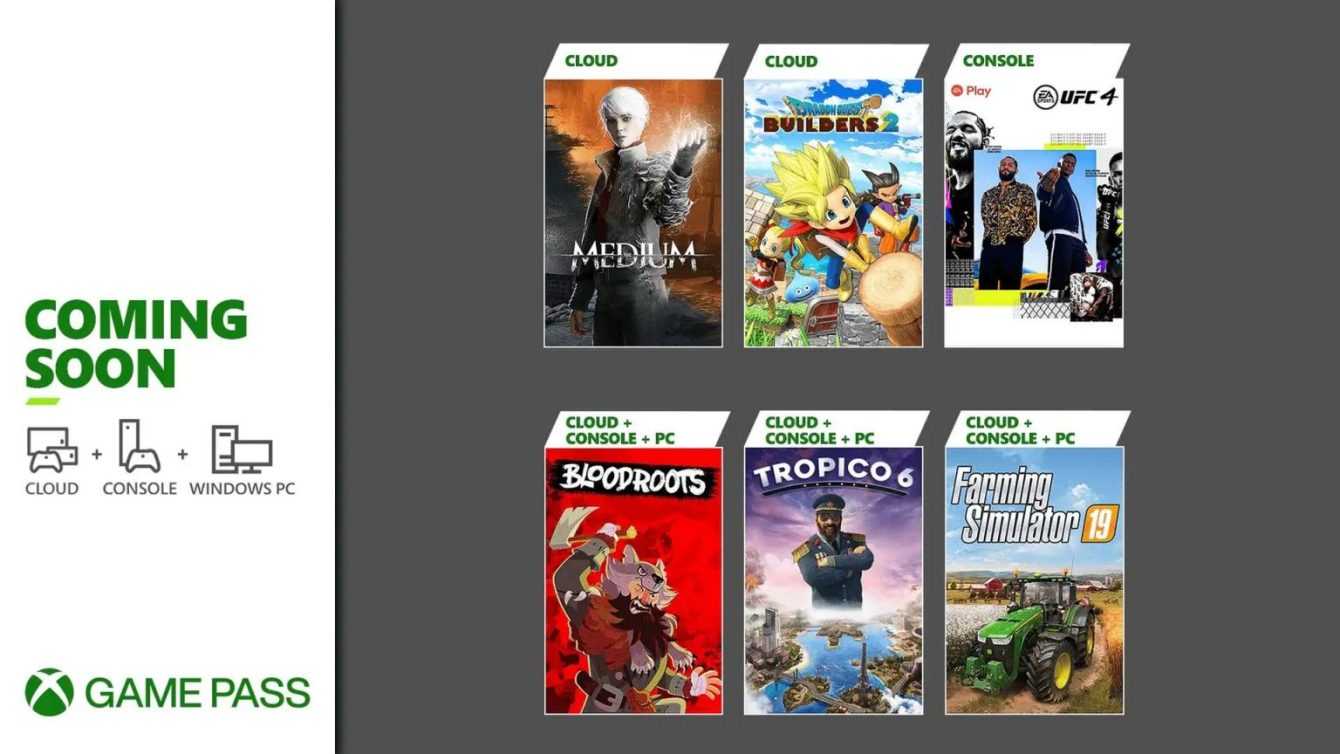 The titles that will expire and therefore should also be mentioned will no longer be present in the Game Pass starting this month. First of all, EA Sports UFC and EA Sports UFC 2 they will be removed from the EA Play catalog on July 14th. Furthermore Endless Space 2 e Downwell will leave Xbox Game Pass for PC along with CrossCode for all platforms on July 15th.

If you want to stay updated on the Xbox Game Pass catalog and on all the most important news in the videogame sector, stay tuned to the TechGameWorld.com pages. If you prefer to buy game keys at discounted prices, you can do so via our link to Instant Gaming.