Smartphone market in autumn 2021, important launches by all the top players despite a year already full of great innovations and new releases

The evolution in the world of telephony continues and also in this autumn 2021 the news and updates continue. With top players and high-end products in the foreground, while competitors

Thanks to the new mobile tariff plans, 5G and unlimited giga packages now become almost a must, also due to the increasing use of the smartphone to access platforms such as Netflix or Dazn or as a video sharing tool for social networks such as Tik Tok.

The consequence is the demand for increasingly high-performance devices in terms of display graphics and cameras, to create practically perfect movies and photos.

Apple will finally launch iPhone 13 on September 24, initially planned for November 2020. The dimensions vary from the 5.4 inches of the mini to the 6.7 of the Pro Max, but the substantial changes are not many and this model according to rumors will simply be a “12S”. The memory cuts should be from 64GB to 512GB (only for the Pro), while the 1TB memory revolution seems not to be ready. On an aesthetic level, only the notch will change, which will be reduced, while the Touch ID could return in combination with the Face ID.

The displays, however, will all be OLED and some rumors have anticipated that all models will also have a 120Hz refresh rate and LTPO technology.

Important news will also be on the camera: 48MP, brand new ultra-wide lens and autofocus will be the new trump cards of all aspiring influencers.

The launch of the new smartphone of the big G should take place on October 19, a date suggested by some teasers who have already revealed the aesthetics of the Pixel 6.

On a visual level, gold, white and orange models were shown, but what is striking is the protruding horizontal black band that welcomes the camera: an aesthetically very evident detail that will make the smartphone unmistakable, but which will be evaluated in terms of comfort.

The revolution, however, will be in the new Android 12 system, called “Material You”: the interface will have an animated, customizable design, with attractive sections and a new feature that alerts you every time an app accesses the camera, microphone and data personal. An absolutely appreciable effort in favor of protecting the privacy of users.

Great expectations also for the Google Tensor, the first chip developed by the American company now ready after four years of work.

Samsung anticipates everyone: the Galaxy Z Fold 3 already on the market

There is already talk of its successor, the 4, but the market has just welcomed this good news from Samsung and it seems to have done so with good feedback on sales.

The new Galaxy Fold is more like a miniature laptop than a smartphone and this is one of its strengths: it does not give the idea of ​​owning two phones hinged together, but a true foldable mobile phone.

The first impressions were therefore positive and this seems to be the real novelty of the smartphone market of autumn 2021, although there are small flaws such as the battery life of only 8 hours, not a very high performance.

Unfortunately, the price is very high, which today exceeds € 1,800 and is certainly a big deterrent. In fact, it seems that Samsung is already planning a Lite version and a drop in the price list.

On October 21 in Vienna, Huawei will present a new smartphone, probably the P50 and the respective Pro version, which have so far only seen the light in China.

A year full of surprises

In general, 2021 therefore closes with important launches and respectable news, although there is a feeling that for the top players the models of this fall are transitional smartphones towards the real revolutions that will perhaps await us in 2022. 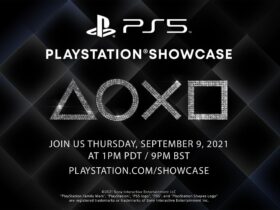 All the news of the PlayStation Showcase 2021 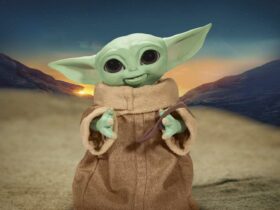 The Mandalorian: here is the new animatronic of “Baby Yoda” 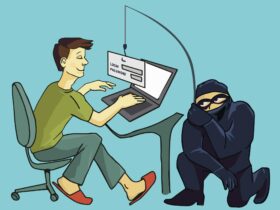 How to find out if my iPhone has been hacked