There are no more half seasons, and for electric cars this is a real problem. Battery-powered cars, in fact, with the technology available today they suffer from large changes in temperature, both the scorching heat in summer and the freezing cold in winter. The result? The autonomy of electric cars drops a lot both in summer and in winter. What are the reasons? Are there any ways to avoid this? Let’s find out together today, with also 5 practical tips for using the electric car in the summer.

Why does the range of electric cars fall in the summer?

As we said at the beginning, for electric cars the best friend is autumn or spring. Current lithium-ion batteries do indeed manage to give it your all in terms of efficiency and energy supply when the outside temperature is between 15 and 25 degrees.

At these temperatures, the battery does not have to activate its cooling system, and can work without the risk of heating up or cooling too much. In fact, although modern batteries are air-conditioned, insulated and insulated, however, heat and cold manage to vary the temperature of the “sarcophagus” inside which they are placed, and therefore to modify the temperature of the internal components.

But why is battery temperature so important? We already went into detail last April with a article dedicated to this topic, where we went into detail on the chemical composition of the cells that make up a battery. I leave the article here now to be able to read the whole matter in a very detailed and easy to understand way.

In short, however, the batteries of the currently most used technology, lithium-ion, are composed of dozens and dozens of single cells. Within them we find an anode, a cathode, a circuit that connects the anode and cathode and a fluid, the electrolyte, inside which there is a salt containing lithium ions. Without going into too much detail (which you find explained in the article above), this electrolyte fluid allows the passage of electrons and lithium ions between anode and cathode. This is the principle behind charging and discharging the battery, which therefore relies heavily on the efficiency of this fluid.

Like all fluids, however, the electrolyte also changes its composition as the temperature changes. With the cold, starting from temperatures below 10 degrees, the electrolyte becomes more viscous, denser, making the passage of ions and electrons slower and more difficult. On the contrary, when temperatures exceed 30 degrees the fluid becomes less viscous, and the exchange of electrons between anode and cathode is no longer optimal, thus reducing the efficiency of the batteries.

The numbers of the decline: up to 20% less total autonomy in summer

But how much does it drop? The data obviously also depend on the composition of the battery, the type of electrolyte, the quality of its construction and its insulation and other effects. In general, however, in winter we see a drop in efficiency of 20%, while in summer there is 10% less autonomy. from the battery alone. So if we have a car that travels, for example, 300 km, in winter it will be able to cover only 240, and 270 in summer.

But it doesn’t stop there. In fact, we talked about 20% less in the title. No, we are not crazy. 10% is due to the battery alone, but there is also the percentage of energy needed to cool the batteries, estimated at around 2%, and the important use of air conditioning. Heat is indeed the car’s worst enemy in the summer, especially for its occupants. With cockpits that, left in the sun, can even reach 60 degrees, air conditioning is often abused. 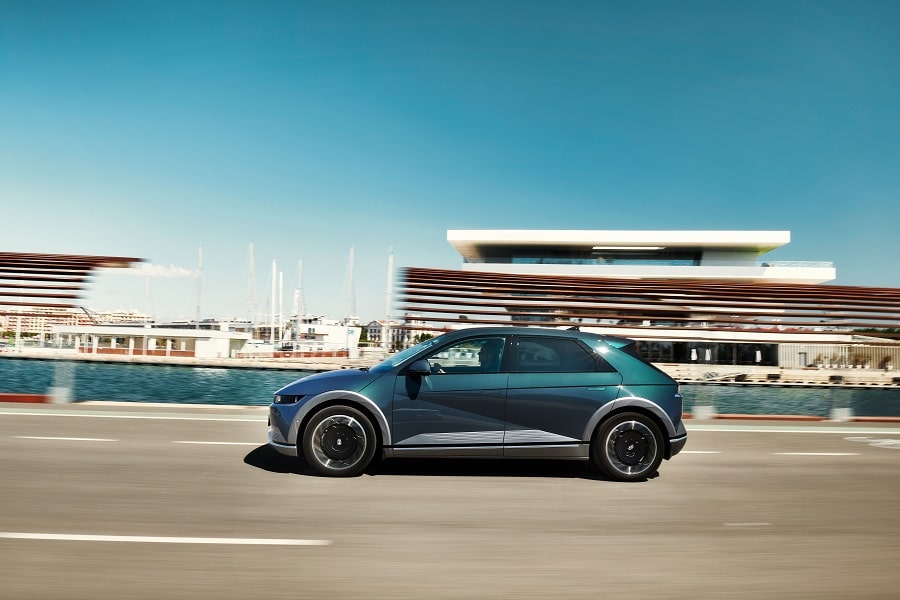 However, this discomfort is also common to thermal cars, which in the summer have to use part of their power to power the pump and the air conditioning compressor. For thermal cars, in fact, there is talk of a 10% increase in fuel consumption due to the air conditioning system. For the electric, the issue is less serious. In fact, “battery-powered” cars often have gods systems called “heat pump”, which do not use a belt compressor to generate heat or cold in the passenger compartment, but a system precisely a heat pump, more efficient and less energy-intensive.

If the electric car is equipped with a conventional system, we are talking about an increase in consumption of 10%, as for the thermals. Per electric cars equipped with a heat pump, on the other hand, the energy absorption drops to about 6, 7, maximum 8%. This means that in estate using the car with ease and without planning and “air conditioning” without special precautions autonomy can drop up to over 20%.

Also beware of fast reloads: in hot weather, they may stop earlier

For a 300 km car “in spring”, therefore, we get a “summer” autonomy of 240 km real in the mixed. And this is also the autonomy in the mixed cycle, therefore considering the motorway, suburban area and city. On the motorway, therefore, you can easily go below 200 km if you keep the code speed and choose “traditional” air conditioning.

But that is not all. Another time when electric car batteries are thermally challenged is in charging. During charging, in fact, a large amount of electrons passes from the column to the charging cable, and from the socket to the battery. Which, the movement of large masses of electrons heat the electrolyte and all the components that undergo the passage of electrons. 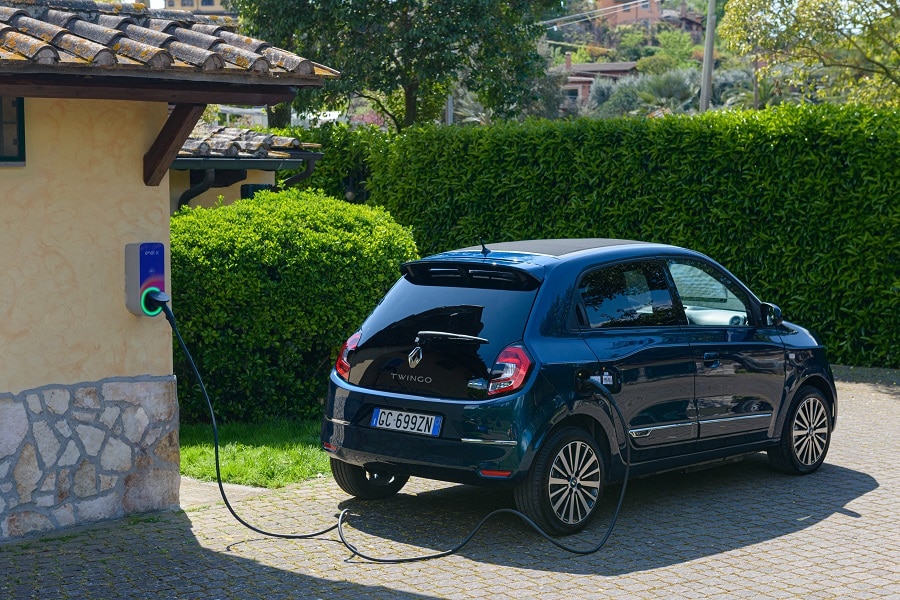 Especially the fastest charging, from 100, 150 or 200 kW, passes a huge amount of electricity through the system, which inevitably heats up. If it is winter, it is necessary to heat the battery up to about 20 degrees to allow perfect recharging. In summer, however, the air conditioning of the battery must be activated (if present), to keep it at an optimal level. With so much heat and direct sun, however, sometimes air conditioning is not enough. The internal temperature of the battery pack can easily reach 40 degrees, and exceed it in the most important cases of overheating. To avoid therefore of damage the battery permanently or worse to give life to a fire, the control system can decide to interrupt the charging phase.

So be careful where you put the car to load. At best, you will find the car not loaded, while in the worst you could run into a permanent damage to the battery, or worse in aself … flamed.

How to prevent the range of electric cars from collapsing in the summer: 5 practical tips

So is it possible to prevent the range of electric cars from collapsing in the summer and from overheating while charging? Being able to recover all 300 km of autonomy is almost impossible, since part of the 20% “collapse” is caused by a loss of chemical performance inside the cell. However, the other problems of overheating of the battery and excessive use of the air conditioner can be solved, plus other tricks useful for not tiring your electric car. Which? Here are our 5 tips.

The first tip is to prepare for the trip with great care. Of course, the electric car already requires you to prepare and study the trip in detail, to try to plan stops and charging times in the best possible way. In summer, however, the classic rule of not exceeding 80% recharge can be “circumvented”. This small rule was introduced to avoid stressing the battery pack with the charging of the last 20%, which has always been the most stressful and wearing for the battery.

Due to the temperatures, however, it is better to charge the car up to 100% at home, or at night before leaving, places and times where temperatures are more friendly. In this way, you will not be forced to stress the batteries with a fast “emergency” recharge, and you will have all the autonomy you need.

Pre-condition your car before you leave

Nowadays, all electric cars (but not only) have a dedicated app to download on your smartphone, where we find different parameters but not only. From this app it is usually also possible to pre-condition the car before leaving, perhaps while it is still in office. In this way, we can remotely turn on the air conditioning before you get into the car, in order to find the car with the desired temperature without “wasting” precious energy. Thus, the car will be ready at 21 degrees, and the battery instead charged to 100%, ready to be used for your journey. 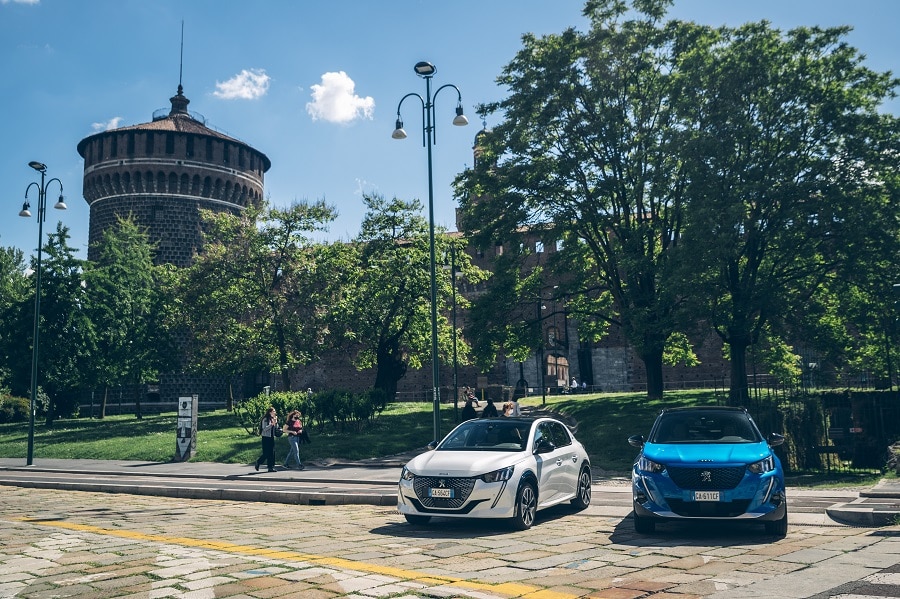 Furbo, no? Once in gear, then, select the Eco mode for the air conditioner, if any, and do not abuse it. If present, take advantage of the cooled seats: they consume much less than air conditioning, and will keep you very cool.

Do not park your car in direct sunlight

When you park your car not only to recharge but also at the Autogrill, in the city or on vacation, try to avoid parking in direct sunlight. Exposing the car to summer sunlight has two critical issues: the first is that the passenger compartment will heat up again, forcing you to abuse the air conditioner again, frustrating the efforts made before. Secondly, in addition to the cockpit the battery will also heat up a lot and therefore lose efficiency.

Once driving, try to be very gentle and sober with the accelerator and brake. In summer, try to curb the hot spirits and make little use of the car’s power. Driving sportily, in fact, it is possible that the batteries can overheat, causing the car to limit power in a sort of “protection mode”, keeping temperatures within the risk parameters. In protection mode, the car will only deliver about twenty horsepower, and it will be impossible to overtake city speeds.

Then select the Eco mode, and maximize energy recovery when braking and releasing. Since you are already in a disadvantaged position, it is very useful to be able to gain every single km of autonomy more with a shrewd, predictive and attentive guide. Brake gently, to maximize energy regeneration, and take advantage of the car’s inertia, so as not to waste a single kWh …