When you have tasted hundreds and hundreds of video games over the years, the spirit of gamers is, sooner or later, put to the test. While creativity, attention to detail and the momentum that video games are experiencing today have never been higher, truly innovative and particular video games are increasingly rare. DigixArt is here to change your mind with Road 96 and this is his review.

Road 96 is set in Petria, a suffering city battered by a difficult past and by upcoming elections that herald an even more complicated period for the city and its inhabitants. The housekeeper Tyrak it holds the city in a steel grip and popular discontent has reached very high levels. While the adults have “adapted” to the anything but serene climate of the city, the teenagers of Petria, moved by the thirst for freedom, they abandon their homes and their families to reach the end of Road 96. It is one of the main roads that ends at the heavily controlled nation’s border to prevent the exodus of young people.

In this scenario, we will play an anonymous teenager with no name, in search of the much desired freedom. On this journey, we will have to face the difficulties it entails walking such a dangerous road without certainties and money with only the willpower to find a better future. Along the way we will meet some peculiar characters traveling along Road 96 for a variety of reasons. These will be the only “fixed” faces of the game, the real protagonists that we will find after each trip.

Each “game”, in fact, is created from scratch with a modular progression which creates random encounters and situations as you progress through the game. After the first run, once reached (or not) Road 96, the game continues with a new and always new journey where we will play a tall teenager with no name in an endless road to discover the characters who live there and Petria’s dark past. .

The app was not found in the store. 🙁 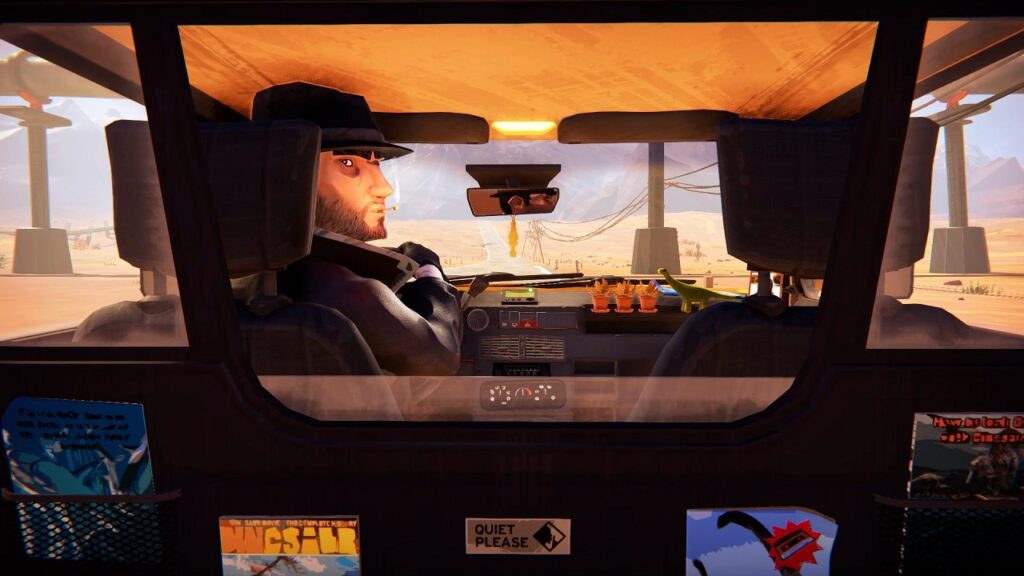 Road 96 is a very special game, difficult to frame in the typical scenario and genres of video games. Basically we are dealing with one narrative adventure but what develops the plot in a completely innovative and original way. As anticipated, the real protagonists of the game are not us as players but the characters who live the Road 96. Each character has its own past story, to be discovered slowly and in the future, to be realized with our help. A series of choices, in fact, will allow us to carry on their story as well as ours and it will be practically impossible not to become attached to these bizarre travelers.

We have Zoe, a teenager like us who ran away from home in search of freedom, a music lover and determined to rebel with all her might against the dictatorship that the city is experiencing. Fanny instead she is a policewoman who “serves” the city power but not without having her own ideas, she is driven by an extremely strong character and by the love for her son. Then we have Sonya an eccentric and self-centered reporter, the idol of many citizens threatened by a shady figure in her footsteps.

Every time we meet the characters (there are 7 in all) we will find out a little more about their history and game after game, we will get to know everything about them. Each of them also has askills to teach us that we can use in later games and that it will make life on Road 96 easier for us. The choices we make with them will have an impact on the game world and they will also be remembered in subsequent trips but they are still predefined stories that we will hardly be able to alter.

Traveling with music and creativity

Stylistically Road 96 boasts a particular cartoon graphics which does not shine for the amount of detail but still managed to leave a mark as one of the most original. Audio and sound fit together perfectly to give us a more than unique style with particularly good 80s-90s vibes. The simple but effective style, aided by a first-person screen, ensures that the game runs perfectly, without glitches or frame rate drops.

Returning to the sound, we cannot fail to praise the fantastica soundtrack of the title ever so in line with the atmosphere of the game. A series of techno and electronic music and songs that adapt to the action that is taking place, from the most action sequences to the most profound and melancholic ones. An explosive mix for a really well done video game.

There are some punctured wheels

Of course, Road 96 is not without its flaws, how could it? In fact, we soon realize that the choices that shape the future of the game world are not all that powerful. The predefined sequences arrive at random but they are always the same and the choices we make change their development very little. Plot and narration, as we have anticipated, are certainly the strong point of the game that will push you to take another journey and yet another, despite the gameplay in the long run you risk to be bored.

In general, Road 96 will still be able to keep you glued to the screen to discover all the hidden stories and see “how it ends” the story of Petria.

The Road 96 review in a few km 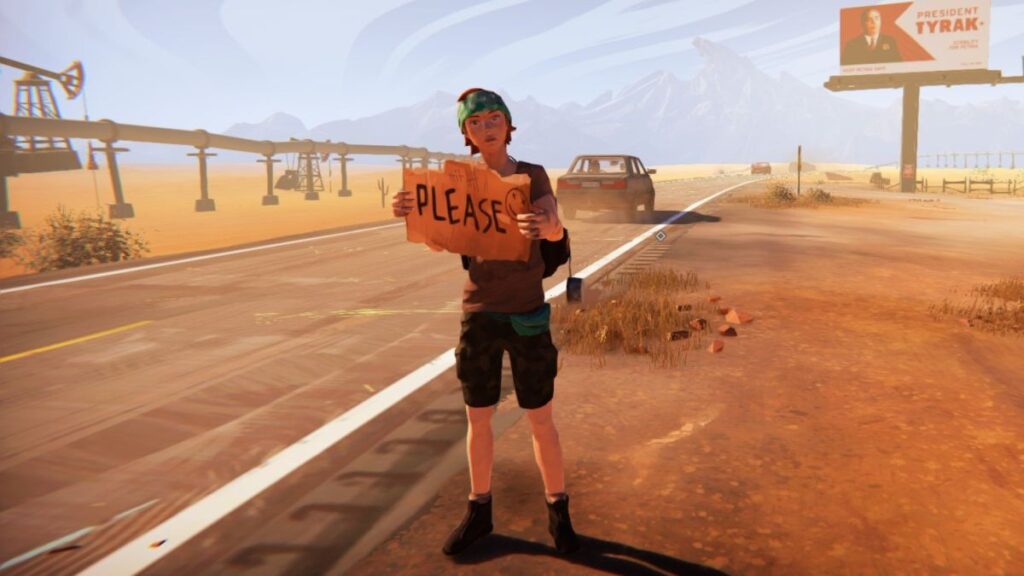 Strengthened by its creativity, a style that is more unique than rare and an exceptional soundtrack, Road 96 managed to captivate us. The storyline is developed in a great way and in a way that few other games have managed to do and will be able to pique your curiosity over and over again.

The truth is, there are no games like Road 96 on the contemporary gaming market which is becoming increasingly rare these days. For this and for the many reasons that we have listed so far, you cannot miss this incredible journey on Road 96.