Taormina renews its link with the big screen: the 67th edition presents six first and second works in competition and seven major national and international premieres in the enchanting setting of the Ancient Theater.

Under the aegis of the Taormina Arte Sicilia Foundation, in the first year of the Artistic Direction of Francesco Alò, Alessandra De Luca and Federico Pontiggia, the Taormina Film Fest embraces the different souls of the seventh art, with a focus on different genres, styles and languages: from family to horror, from dark comedy to drama, from animation to arthouse.

Female identity will be the protagonist in front of and behind the camera with the debut film by Michela Cescon Blue Eyes, by Israeli Tanya Lavie, Honeymood by Iranian Rezvan Pakpour Fractal, as well as with a jury that includes three women out of five members, chaired by director Susanna Nicchiarelli. The ladies of the cinema will have a space for comparison between different professionals, to give voice to the talent that goes on stage and to the invisible artists, far from the spotlight but equally decisive.

Taormina Film Fest: the 67th edition of the Festival

In the season of rebirth and rebirth, the Festival wants to pay particular attention to Italian authors, from those already established to worthy newcomers, who demonstrate the extraordinary vitality and variety of the national film industry: from the comedy road movie Boys by Davide Ferrario to the disturbing dystopia of Claudio Cupellini’s La Terra dei figli, from the touching intimacy of Atlas by Niccolò Castelli, to the innovative horror A Classic Horror Story by Roberto De Feo and Paolo Strippoli, with which Netflix makes its debut at the Taormina Film Fest. And again the look at European cinema with the German Next Door, the first work by actor Daniel Brühl, and the French La Signora delle Rose (La fine fleur) by Pierre Pinot, on extra-European cinema with the Chinese Long Day by Yumo Luo , in addition to the aforementioned Iranian and Israeli stocks.

Do not miss the family with Peter Rabbit 2 – A rogue on the run, adventurous mix of animation and live action directed by Will Gluck, which will be presented on June 30 at the same time at the Ancient Theater and in Rome as part of the TimVision Floating Theater Summer Fest organized by Alice in the City.

And then the black Woodstock of Summer of Soul, or the iconic concert at the 1969 Harlem Cultural Festival with BB King, Nina Simone, Stevie Wonder recovered and enhanced by director Ahmir “Questlove” Thompson with unprecedented access to archive material , which invites reflection on the racial issue in the United States.

The whole program of the Taormina Film Festival

Global cinema, therefore, but also a strong roots in the territory through the collaboration with Sicilia Film Commission, which presents a program of side events, which will culminate with the screening of the documentary The three-pointed screen and a meeting with the director Giuseppe Tornatore in which the students of the Sicily branch of the Centro Sperimentale di Cinematografia and of the Sicilian universities will participate. At the opening, the screening of Space Beyond, starring the Sicilian astronaut Luca Parmitano, will follow On Goethe’s footsteps in Sicily, the documentary directed and starring German director Peter Stein, which traces the traces of Wolfgang’s famous Journey to Sicily after two hundred and thirty years. Goethe, in search of the classical origins of European culture. The program is completed by a selection of short films dedicated to the female universe, including The Imperfect Beauty, by the young Sicilian director Davide Vigore with photography by Daniele Ciprì.

The collaboration with ANEC Sicilia will allow, for the first time, an expanded use of the Taormina Film Fest: some of the titles presented at the Ancient Theater will be screened simultaneously in numerous rooms of the main Sicilian cities, in addition to the opening and closing evenings. Concrete support after a difficult season.

With regard to the enhancement of the territory, the Festival will host – in collaboration with the National Agency for Tourism – the ENIT Award The cinema that promotes Italian beauty dedicated to the film which, among those distributed in the last season, has enhanced the image of Italian beauty. Also with ENIT, a focus on the prospects and potentials related to the places of cinema is envisaged. 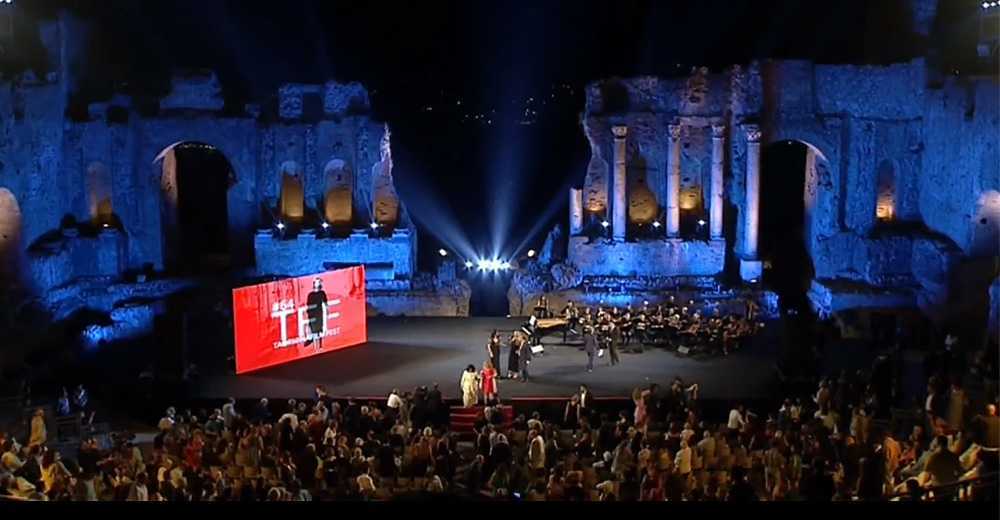 In a spirit of active cooperation and support for the film industry, numerous activities have been launched in agreement with sector organizations and associations, in the sign of an inclusive and synergistic collaboration necessary for the relaunch of the sector, which represents one of the keys to the 67th edition.

With this in mind, the Film Journalists will remember in Taormina, as a tradition on the stage of the Ancient Theater, this year at the opening of the Festival, Nino Manfredi on the centenary of his birth. The “Manfredi Award”, which the Sngci assigns in agreement with the family of the great Nino to an actor who has revealed a special talent not only in comedy.

On the centenary of the birth of Leonardo Sciascia, Taormina will celebrate, in collaboration with the Centro Sperimentale di Cinematografia – Cineteca Nazionale, the great Sicilian author with the exhibition Cinema and Legality and the presentation of the book Sciascia e il cinema, conversations with Fabrizio di Fabrizio Catalano, nephew of the writer. And to celebrate a significant anniversary, director Ferzan Özpetek will meet the public on the twentieth anniversary of Le Fate Ignoranti to share his fascinating artistic journey.

Back to the future, then, for the projection at the Ancient Theater of the film in new digital edition Bronte: chronicle of a massacre that the history books have not told by Florestano Vancini which sees Leonardo Sciascia among the screenwriters, in collaboration once again with the Experimental Center of Cinematography – National Film Archive. Thanks to the CSC, it will also be possible to travel in time with Fausto Saraceni’s Rapido del Sud, a journey in Italy in the 1940s through the Rome-Taormina journey of a modern electric train but with a poetic heart in a country projected towards progress. In the film, preserved and digitized by CSC-Archivio Nazionale Cinema Impresa, and from the Fondazione FS, a young Silvana Mangano was recently recognized in the role of a passenger accompanying a friend.