TikTok doesn’t seem to be satisfied with having conquered our smartphones and televisions. Now the platform wants more. Precisely for this reason, it would seem to have tightened una partnership con Atmosphere, a start-up that deals with the creation of content that is reproduced in restaurants, waiting rooms and other public places. At the moment, for example, he is in charge of video production for Taco Bell, Texas Roadhouse, Burger King and even Meineke. Within these places, customers have the opportunity to choose the channel that best suits the environment, and soon the TikTok videos could end up among these proposals.

TikTok: Viral videos will be played in public places thanks to Atmosphere

Atmosphere is a somewhat unusual start-up. After all, it does nothing but repurpose the videos it collects da YouTube or TikTok, albeit revisited in their own way. To do this, it removes the original audio and adds new music, inserts a caption and then adds the content to those that already make up a specific channel. Indeed, sometimes it even plays video without audio, so as not to spoil the atmosphere of those places where people don’t like to be disturbed. And in the case of TikTok videos, this detail could be both a positive and a negative note.

As for the creators of the videos, it seems that Atmosphere has an agreement that allows it to access some content for free. After all, if you think about it, it only broadens their visibility by reproducing them in public places. Therefore, it is not surprising that soon a TikTok channel will appear among the proposals of the start-up. Ultimately, this partnership would benefit the platform as much as it does its creators. From the available preview, it looks like TikTok videos will be organized by hashtag – such as #lifeisrandom and #coolrunning -, which can be viewed in the lower left corner of the screen. And the names of the creators remain clearly visible. In short, all as on the platform, but on the station waiting room screen. Not a bad idea. 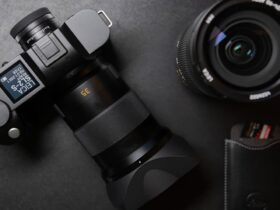 Leica SL2-S: photos by tradition and videos by vocation 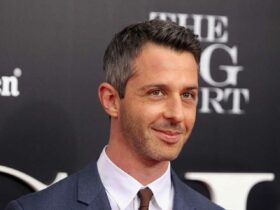 Jeremy Strong: he will be the protagonist of the film Splendid Solution