From 5 August, the 3 One-of-a-Kind Barbie dolls with outfits by EA7 Emporio Armani will be auctioned on Charity Stars, to celebrate the women of the Italia Team at Tokyo 2020 and support the FIAGOP

The first Olympic Barbie wears the Italia Team uniform at Tokyo 2020. The Rising Sun, symbol of Japan, is reinterpreted with the colors of the Tricolor, while the word ITALIA, recreated with characters that recall the Kanji script, is a reference to the Torii , the traditional gateway to sacred places.

The Barbie Golf look is inspired by some vintage pieces from the Giorgio Armani GOLF 80s line, characterized by comfortable fit and refined details. The white bomber jacket, faithfully reproduced in miniature, has the sleeves crossed by small eagles, the Emporio Armani logo and, as in the original garment, has the word GOLF on the back. The same writing is found on the navy blue crewneck sweatshirt combined with the soft knee-length trousers in printed fabric with a tartan pattern in navy blue, green, beige and fuchsia. The classic fringed golf shoes, a reproduction of one of the models in the collection, are complemented by contrasting striped socks. The look includes some accessories: blue pvc visor with logo, EA7 golf bag containing three small golf clubs.

Barbie Tennis wears one mesh technical fabric miniskirt superimposed on ball holder shorts, a classic pique polo shirt and a Light pink sweater with the TENNIS writing on the back with a vintage flavor. The color chosen for the outfit is the classic white enriched by small contrasting fuchsia printed eagles and technical details such as the EA7 logoed heat tapes that give an active touch. Barbie wears classic white tennis shoes with blue details accompanied by high terry socks, a white logoed visor and comes with a racket with EA7 Emporio Armani branded case.

With this initiative, Barbie once again turns the spotlight on highly topical issues, because her mission, since 1959, has been to inspire the potential that is in every little girl. Thanks to Barbie, each of them has had and has the opportunity to play different roles in every area: the aim of the project is to remind girls that they can aspire to be whatever they want, even in sports.

The three unique pieces, exhibited at Casa Italia in Tokyo for the entire Olympic period, represent an inclusive selection, a theme dear to all the brands involved: EA7 Emporio Armani is also a Partner of the Italian Paralympic Committee, while Barbie has focused over time on new models with the aim of promoting diversity and inclusion. 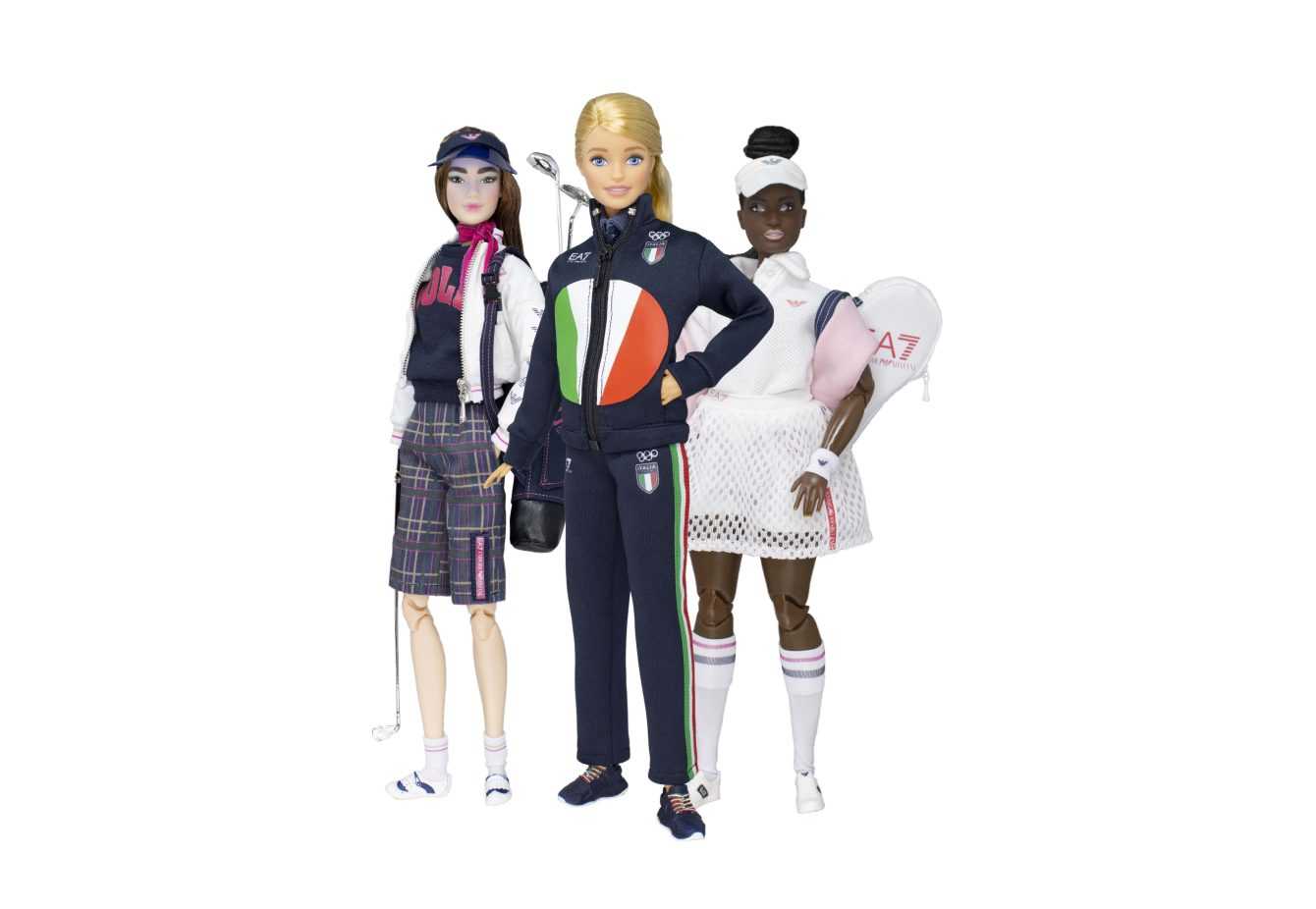 An auction aimed at supporting FIAGOP

The purpose for which the 3 Barbie One of a Kind Barbies are auctioned on Charity Stars is very special: support the FIAGOP, the federation that works with its associates every day to guarantee children with cancer and leukemia the right to health and a good quality of life and to ensure their families the necessary support. CONI supports the association by amplifying its event in particular “I run for them – Children without cancer” planned to Milano the September 26, 2021 and in a widespread manner throughout Italy, and intended to support scientific research.

A highly valued project capable of uniting the three brands under the common goal: to inspire future generations of women, in line with the principles of Olympism and gender equality promoted by the Olympic Movement: to commit to achieving one’s goals and realizing one’s own dreams, in sport, as well as in life, to the best of one’s ability and without discrimination.

The auction is now open and viewable by clicking here. We remind you to continue to follow TechGameWorld.com, as well as subscribe to our Telegram channel, where you will find lots of offers regarding LEGO products, Funko Pop! and much more. 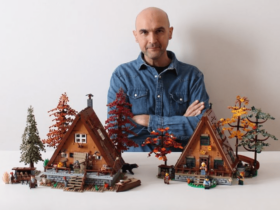