Toyota has revealed an experimental version of its sports compact GR Yaris powered by hydrogen, a technology that is currently being tested on a Corolla that participates in the Super Taikyu racing series in Japan.

The engine is the 1.6-liter turbocharged three-cylinder from the GR Yaris, modified to run on hydrogen. It is a separate project from the hydrogen fuel cells used in the Mirai battery powered, although it uses the same hydrogen tanks and refueling process as the Mirai.

According to Toyota, this modified engine produces near-zero “polluting” emissions, and appears to be very responsive, while offering a similar sound and feel to those found on a gasoline engine. The Japanese automaker admits the unit is not emission-free, but claims the CO2 and NOX levels it produces are many times lower than those from a gasoline engine.

As with the Corolla, Toyota has not released further technical details on the engine, such as power or torque values, nor has it provided a performance comparison between the GR Yaris H2 and the currently listed GR Yaris. There are no immediate plans to produce the GR H2, but Toyota says it will continue to pursue hydrogen technologies as part of its drive towards carbon neutrality. Toyota, it should be remembered, began experiments with hydrogen as a fuel in combustion engines in 2017 and, as demonstrated by the “erratic” results of the Corolla debut with this fuel system, it can still be considered at the beginning of project.

Matt Harrison, president of Toyota Europe, said: “Who knows, maybe a car with this technology could be a possibility, especially now that we see the hydrogen infrastructure in Europe starting to expand. The inspiring message of the GR Yaris H2 is this: even in a zero-emission future, we could still enjoy driving sensations similar to those we have today. And he concludes: this shouldn’t be in the distant future. By using our existing know-how on internal combustion engines and investments in manufacturing, we could get there efficiently and quickly. “

The company of the patron Akio Toyoda also announced that it will launch a new generation of fuel cells in the January 2022, bringing 54% more power density than the current configuration, along with a 25% weight saving and a 27% reduction in battery volume for these cells.

The company says the modules will be available in two shapes, cubic and rectangular, to allow for use in a wider variety of applications, including commercial vehicles. These will be assembled in Europe at Toyota’s research and development facility near Brussels.

The previous generation of fuel cell modules has already provided a range of around 400km in a bus, with a refueling time of less than 10 minutes. 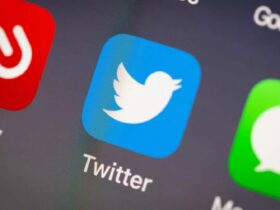 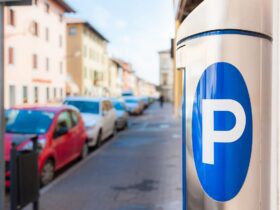 Phishing: a QR code to pay for parking but it’s a scam