Have you always wanted to clean up and refurbish an old station? Well, let’s find out in the review if Train Station Renovation is the right title for you

Over the years, video games have been inundated with various forms of simulation: in the beginning (but also in current times) it was the planes that made the big voice, with many dedicated titles, but with the passage of time the imagination of the developers has gone much further. Among crazy goats, slices of bread, buses and improvised restorers, the world of gaming has seen a proliferation of a dense undergrowth of games aimed at making us experience the most bizarre experiences firsthand. And today there is also room for all those who have always wanted polish old stations disused railway lines, thanks to Train Station Renovation, which we talk about in our review.

What’s more beautiful than being submerged by a pile of rubbish, torn benches and walls completely covered with bizarre graffiti? Well, if you all harbor a new one Sheldon Cooper and the love for trains is stronger than ever, the scenario just described can only appear with a horrible nightmare. A distorted dream that we will be called to subvert thanks to Train Station Renovation, production developed by the Poles Live Motion Games, which after the debut on PC and Nintendo Switch, arrives today also on Xbox family console, and that we propose in this dedicated review. There are no plots to follow, no epic feats to complete, perhaps to get your hands on the most coveted of rewards.

All we will be called upon to do in the game, just as the title itself indicates, will be simply roll up our sleeves, for restore the various stations to their ancient splendor that make up the production campaign. We will start from a small rest area, lost in the countryside, until we reach much larger and more complex structures, without however losing the objective just described. From time to time it will be the game itself that will indicate the tasks to be carried out to complete the stage, whether they are the repair of some power sockets, or the setting up of the mechanics of some wagons, but there will also be optional tasks, essential for achieve the highest possible completion rates. 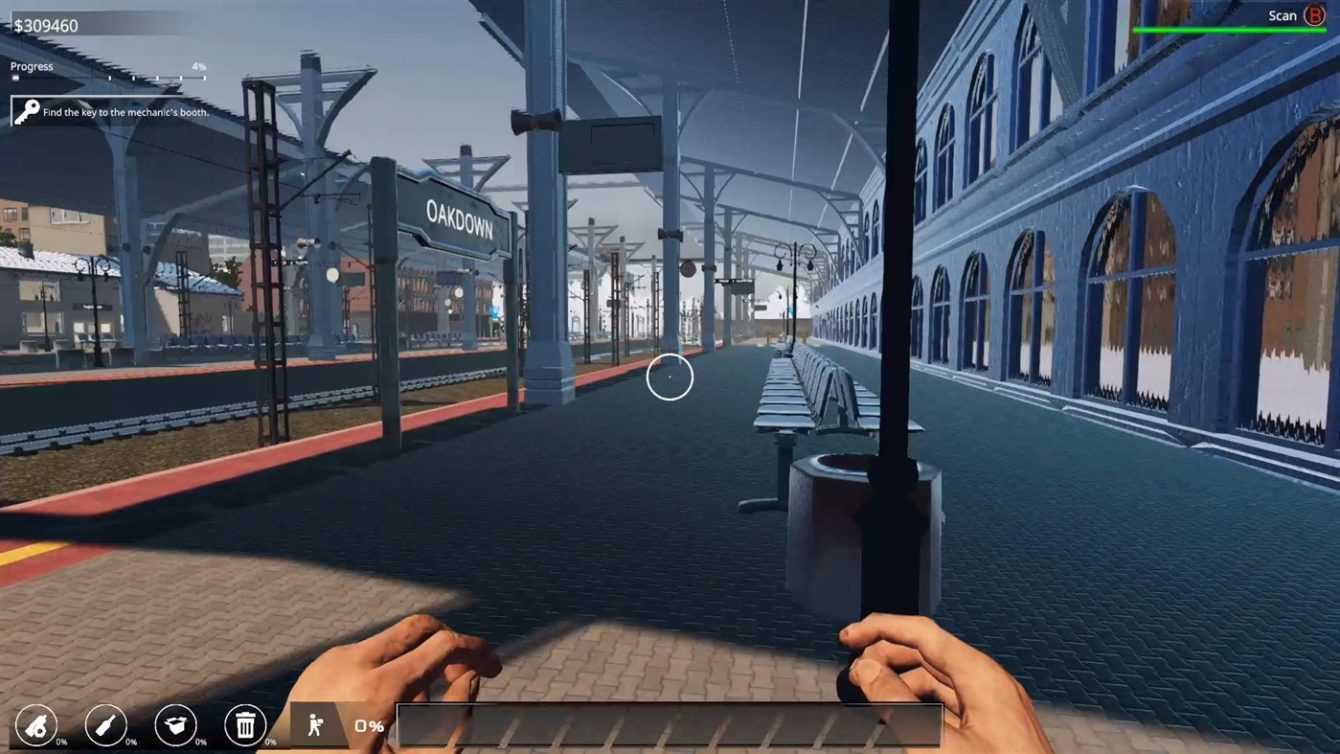 The process is almost unchanged for all levels, with only a few new repair options to move everything: in practice we will initially have to worry about recycle various waste, so as to be able to increase the budget at our disposal, which we will be able to invest in order to purchase the furniture elements that will be required from time to time. To intersperse everything we will think about the various cleaning works, who will see us intent on repainting the walls, perhaps after having passed a sponge to remove the vandal paints; or here we will unleash our mechanical skills to tighten joints, or refurbish the electrical systems.

Once the cleaning and refurbishment operation is finished, the time has come spend the money raised to customize our station on an aesthetic level: through a tablet we will have access to a virtual shop, from which we can order the most disparate objects, whether they are automatic ticket machines, surveillance cameras, or simple furnishing accessories. Once we are satisfied, and maybe we have even reached 100% completion, it will be time to close the session and move on to the next level, to repeat the process from the beginning, obviously with an increasing number of variables. 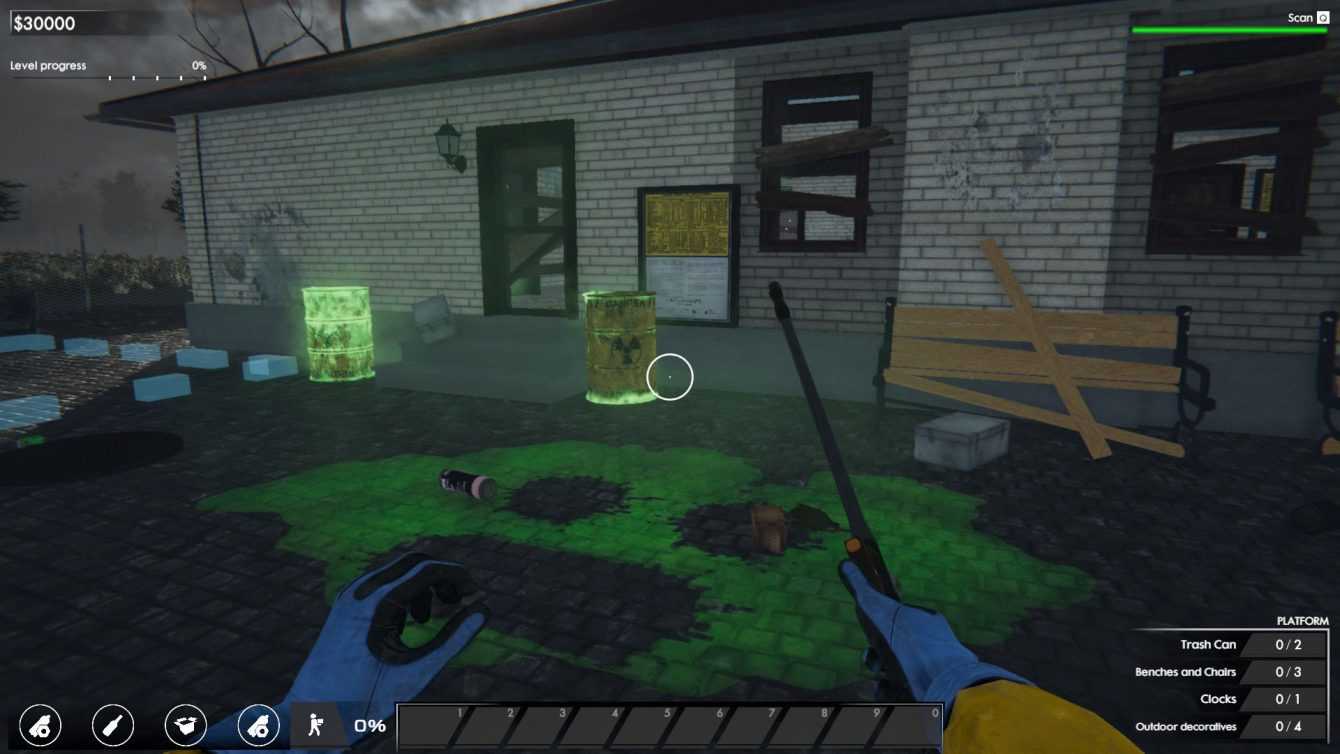 This, in a nutshell, is the accompanying gameplay Train Station Renovation, and at least on paper everything seems to work without too many jolts. What, therefore, led to the certainly not flattering vote that you find at the end of the review? Well, the problems are of a dual nature, both purely technical and structural, as we will discover shortly. The first problem that leaps to the eye after a few hours of play spent in the company of the production Live Motion Games is relative toextreme repetitiveness of actions, which is heightened by the all too elementary interaction required of the player.

Whether it is brooming, painting or sanding, all we have to do is select the appropriate tool via the tool wheel, and then simply press the corresponding activation key. This leads to the carrying out of the various actions to be practically always identical, an element that makes the various tasks boring in a short time. Everything is sharpened even by gods commands not exactly exceptional, not always reactive at the right point, with busted collisions and a precision that really leaves something to be desired.

As if that weren’t enough, even the more managerial portion of the title, the one to which the aesthetics of the station is entrusted, it turns out extremely end in itself, without there being any incentive to put one’s skills as an interior and exterior designer on the plate. Arranging the requested objects randomly, or following a logical criterion, will make no difference, to the point that you will soon lose interest in creating the station of your dreams, unless you are true maniacs of order. The feeling we had, after spending more than an hour tidying up and putting back one of the dilapidated structures, is that of having simply wasted our time, which would surely have found a more worthy (and fun) use if we had really been there. try your hand at our household chores. 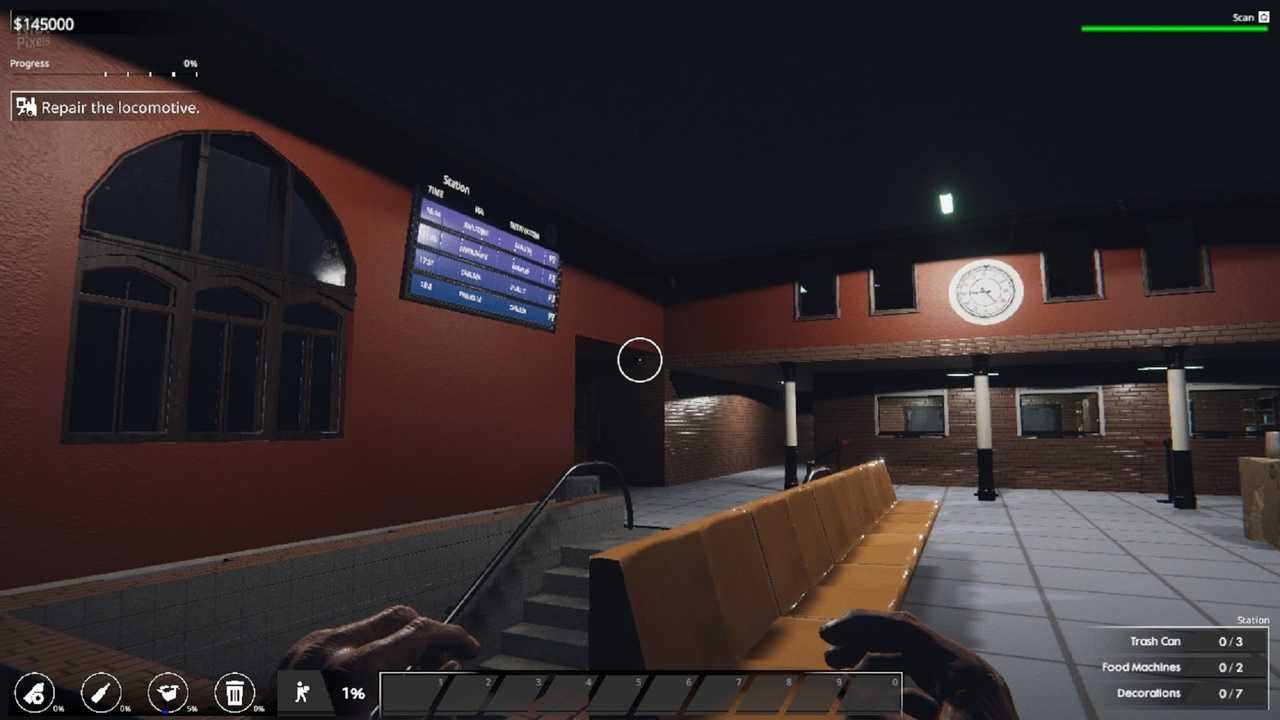 Last, but certainly not least, albeit negatively, is the technical department of the entire production, which can sport an aesthetic that would have raised more than an eyebrow even in the Xbox 360 era – everything from polygonal models to textures is incredibly rough and sketchy and, as if that were not enough, the game engine seems to struggle even more than it should in managing so much inadequacy. The frame rate on Xbox Series X, in fact, was sometimes embarrassing, with sincerely inexplicable shots and drops in frames, as well as marred by a pop up of elements that are all too intrusive and frequent. In short, a half disaster.

Part of the soundtrack is saved, consisting of a series of catchy songs, echoed by the Italian textual localization, albeit not without some flaws. It is true that everything is offered at a very low price (€ 15.99), but showing up in 2021 in these conditions is still quite unpleasant. 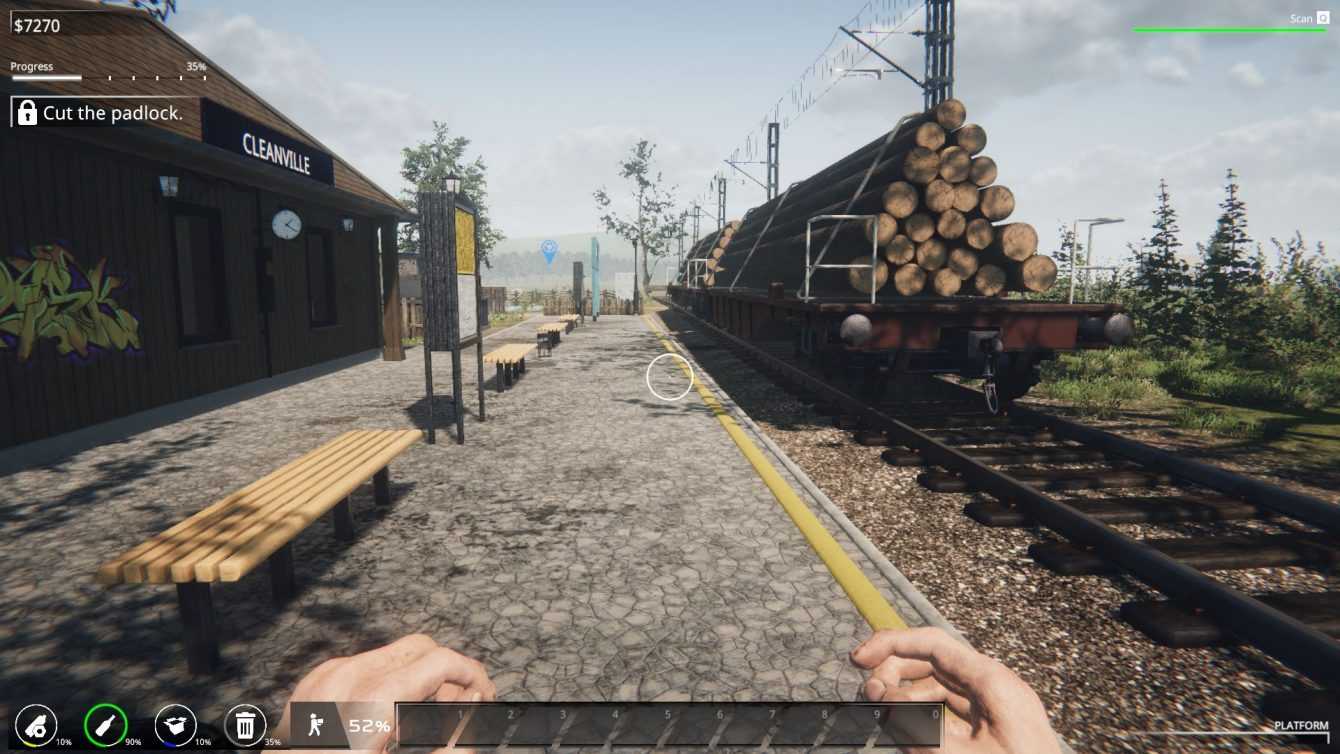 Everyone in a carriage!

At the end of the review, therefore, what remains of our experience in companies of Train Station Renovation? It is useless to go around too much, the production Live Motion Games it certainly cannot be promoted, weakened as it is by a gameplay too monotonous and lacking in bite, which is accompanied by a technical realization at times really embarrassing. It is true that there are many things to do in the title, but if the development is always identical to itself, as well as devoid of real stimuli, it is really difficult to recommend investing precious time in cleaning a large number of virtual environments.

With this we close our review, but before renewing our invitation to continue following us on TechGameWorld.com, we also recommend that you keep an eye on the Instant Gaming pages, where you will find many games at a discounted price.