The 21st edition of the Trieste Science + Fiction Festival will be held from 27 October to 3 November in hybrid format. The official poster was released for the occasion

Trieste Science+Fiction Festival – the most important Italian event dedicated to science fiction – unveils the poster of the 21st edition, in program from 27 October to 3 November, with the possibility of participation both in presence in the city of Trieste and online.

The original image was made by Alessandro Pautasso – in art Keneda -, talented illustrator already distinguished for his collaborations with some of the most important entertainment giants and beyond, such as The New York Times, Disney, NBA, Greenpace, Universal, Sony and Warnes Bros.

The meaning of the drawing it was explained by the artist himself:

With this work I wanted to interpret science fiction through the classic sci-fi imagery seen through the eyes of a child. So here are the spaceships, space travel and the encounter with the unknown.

The 21st edition of TS + FF was designed to take place through a hybrid formula – in presence in Trieste and online -, with the return of the public in presence in the traditional venues of the Festival but also open to participation on the web.

For the occasion, the partnership with Mymovies was renewed, which already last year allowed a significant expansion of the public and of the halls in which to carry out the Festival. At the three physical rooms – The Politeama Rossetti, The Teatro Miela and the Ariston Cinema by Triste – the virtual room managed by the leading site in Italy in cinematographic information.

The program of the event, however, has not yet been fully established, as the submissions of the films for the sections in competition will close on August 31st. 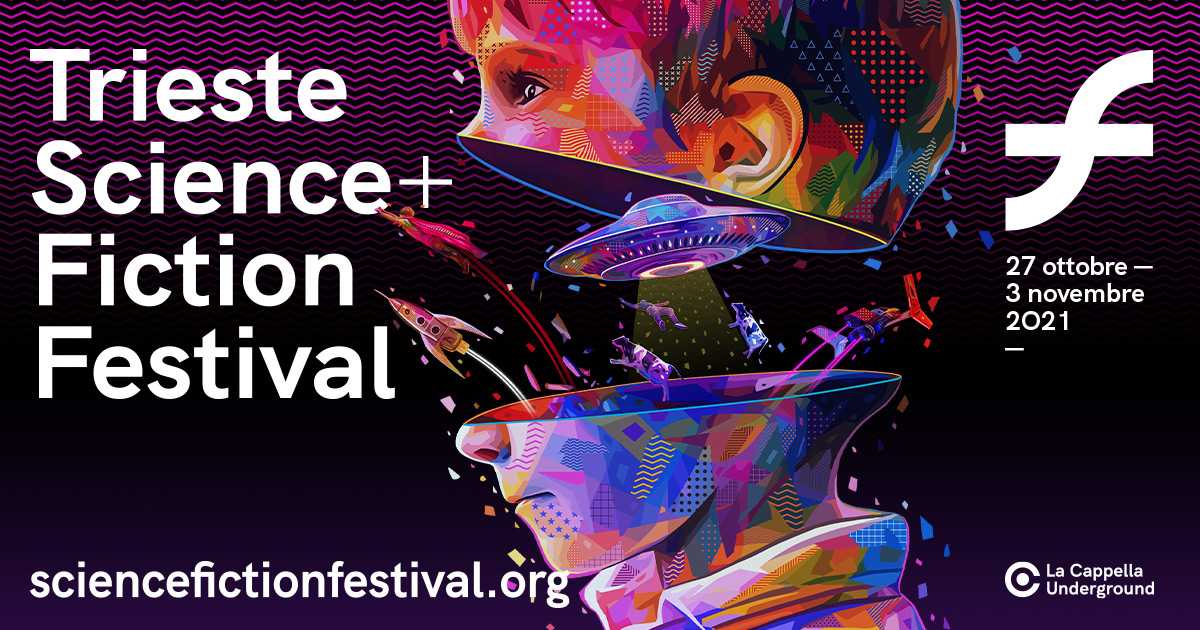 Trieste Science + Fiction Festival is organized by the cinematographic and audiovisual research and experimentation center The Underground Chapel with the collaboration and support of MIC – Directorate General for Cinema and Audiovisual, Autonomous Region of Friuli Venezia Giulia, PromoTurismo FVG, Municipality of Trieste, University of Trieste, Kathleen Foreman Casali Charity Foundation.