Just last year it was made available the recording of Twitter Spaces sessions for a small group of users, making the function incredibly attractive. And now the platform has finally decided to make it available for everyone, thus meeting the will of its audience. Just yesterday, in fact, the Twitter Support attack broke the news: all hosts will see the “Register Spaces” button nell’App per iOS e Android.

Twitter Spaces: all users will be able to record sessions

As anticipated, Twitter has made the “Register Spaces” button available to all users of the platform. Just touch it, then, for record the entire session and allow anyone interested to listen to it again. In this way, even users who have not been able to participate in Spaces will be able to know what they have missed. The only detail you may not like is the fact that the recordings will be available for 30 days only starting from the date of publication. After this period, the session recordings are automatically deleted from the platform.

Another update on Spaces Recording:

The option for hosts to record is now available for everyone on Android and iOS! When starting a Space, tap the “Record Space” switch to have it available for public playback for 30 days once the Space has ended. pic.twitter.com/fYzaOjQJlF

However, there is another interesting detail for the organizers of Spaces: anyone wishing to delete a registration before 30 days can do it in total autonomy. In short, finally the function is made available to everyone, albeit with some limitations. From what we know, in fact, it will not be possible to record Twitter Spaces sessions from the PC. On the other hand, the platform itself allows you to participate only as a listener if you connect from the web. But it matters little. What interests us, in fact, is that finally we would all be able to record our Spaces sessions. In short, we too would be among the elect who have access to the functionality. Like everyone, on the other hand. Ready to record your favorite sessions to listen to them whenever you want? 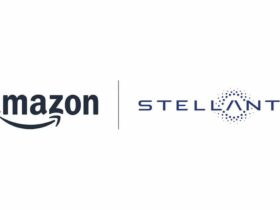