In this review we will analyze the new Ultenic U10 Pro electric broom, which is placed directly in the entry-level range of the market

After having tested (and particularly appreciated) the big sister, we at TechGameWorld.com are ready to bring you back to our house for autumn cleaning. The fledgling appliance manufacturer has in fact provided us with one Ultenic U10 Pro: his latest electric broom which, in Italy, is offered at a list price of around € 159.99 but which, in reality (using some coupons) can be easily purchased with often quite juicy discounts.

The question we asked ourselves is simple. Will such a product be able to satisfy the most classic requests of those who buy an electric broom? What are the trade-offs? Well, to find out what we think of this Ultenic U10 Pro, you will have to read this review!

The box recalls the main colors of the company: white and orange. Once the latter has been opened, we will find the various cardboard sections that contain the components of the electric broom. In addition to the body of the latter, in fact, the company provides us with the aluminum tube, three different mouthsthe battery da 2200mAh (with attached charger) and the base for storing the device on the wall.

On the equipment, nothing to say. We will have everything we need to go and use the broom in the various daily scenarios. The basic headwhich can be used to vacuum the ground, has a rotating brush and it is equipped with three LEDs on the front. The second and third heads, on the other hand, are designed for a more “precision” use. While one is suitable for cleaning corners or baseboards, the other is equipped with bristles to prevent delicate surfaces or fabrics from being damaged.

Speaking of the base, this is very classic. To install it on the wall you will need two screws and two wall plugs (included in the package). In addition to the broom itself, we will be able to anchor the two accessory nozzles, so as to always have them at hand. It does not have the possibility of reloading the product once it is placed down as the broom does not have a pin. To recharge it, in fact, we will have to connect the power cable to the battery in the traditional way. A look at the materials – Ultenic U10 Pro review

The fact that it is a cheap product shines through in the materials. Basically, the body and mouths are made entirely of plastic. The only section to change is the aluminum tube. In the handle, the plastic used has a matte finish and this makes it appear more resistant than that of the mouths which, on the other hand, is glossy. This does not hide the fact that it is always plastic and soon, after a few uses, we will find typical stains and scratches.

The body itself appears very solid. Here we are going to install the battery and the ports or the tube on the front. This is all really simple. The installation will be successful only if we hear a loud “clack”. Just as we can anchor the mouths directly on the handle, we can also do it on the tube. This guarantees us a more versatile use of the product in different situations.

The handle itself contains the 800ml tank. This it opens from the bottom by pressing a button. This is really handy as it avoids having to pull it out and drop the poor woman on the ground. However, it is possible to remove the tank. This will be used to replace the filter or to clean the grille around which the hair nestles.

Regarding the main head, it can rotate from 90 ° to 180 °. Also made entirely of plastic, it has a pair of rubberized wheels that provide a fairly good glide, but not at the highest level. The rotating brush can be removed to clean it or to replace it in case of failure. The LEDs on the front start automatically once we have turned on the vacuum cleaner and there is no way to turn them off in case we want to preserve the battery – a real shame.

The pro of a lot of plastic is obviously the overall weight: 2.40kg when we will mount both the tube and the base head, while 1.55kg for the body only. Ultenic U10 Pro is therefore really light and this translates into extreme ease of use, even with one hand in case we want to clean the ceilings with a narrower head.

Our use – Ultenic U10 Pro review

First of all, the vacuum cleaner has only two buttons for operation. One on the handle by way of a trigger for switching on and offwhile the other to switch from “base power” to “maximum power” which is touch and is placed on the top. Regarding the two keys, they are very responsive. The only flaw we noticed is that sometimes, turning on the broom, it started directly with the maximum suction selected and it was not possible to change it from the touch button, forcing us to turn it off and on a couple of times.

Now let’s talk about the suction power and the relative consumption. The basic suction is 12kPa and, according to what the company says, guarantees an autonomy of 35 minutes. The maximum is instead of 30kPa and should guarantee 12/15. We have used the vacuum cleaner more than a few times until the battery runs out and then recharge it so that the latter would fully perform. Once this is done, we proceeded to carry out a test to understand how much the battery life actually is in everyday life. By mixing not only the two suction powers, but also going to interchange the various heads, we arrived at about 26 minutes of use with a good 90% of time spent with the standard speed and 10% with the maximum one.. In our opinion it is an average usage time that allows you to easily carry out the classic, albeit not intense, cleaning session. It takes about 4 hours to recharge the battery from 0% to 100%. It is obvious that if you use this electric broom to clean all the rooms of the house, you will be forced to buy a second battery.

In our test we did not change the suction power solely to verify its duration. In daily use it is in our opinion impossible to never use the power of 30kPa. This is because, especially when the dirt sneaks up against the wall or in the corners, where the mouths do not have optimal adherence, the basic suction is not enough. In general, the broom performs well on various surfaces, whether it is the ground, on carpets, but also on furniture thanks to the interchangeable nozzles. Dirt does not come out once vacuumed and it has never happened to us that we were unable to clean a surface.

Cleaning the tank and the grill are two very simple operations. If the former can be emptied simply by opening the bottom cover using the button, extracting it completely we can safely wash it under running water, as well as the grill.

The review of this Ultenic U10 Pro ends here, so let’s do a brief summary. The latest electric broom of the newborn appliance company is proposed as a traditional product, which certainly does not seek to innovate, but finds its strength in the selling price. As they said in the preface, we are talking about € 159.99 basic but which, with frequent discounts and coupons, are often reduced by € 10/20.

In general, this has proved to be an electric broom that certainly manages to satisfy the vast majority of the public to which it is addressed. Clearly, it is a very basic plug & play product, without special technologies and so on. And this is not necessarily considered something negative, on the contrary. 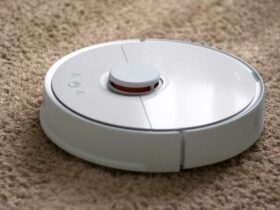 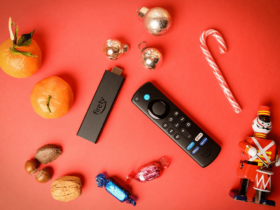 Alexa and Fire TV: here are the Amazon news arriving for Christmas 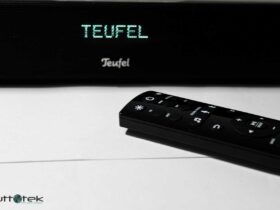 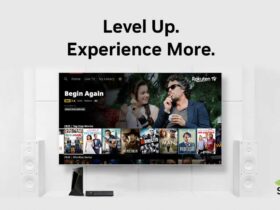