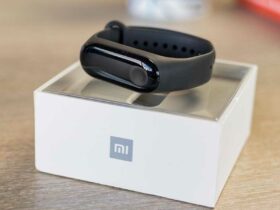 Xiaomi Mi Band 3 review: the smartband that does not disappoint

We carried out a prolonged test over time on the top of the range Vivo X51 5G. Let’s find out how it will have behaved after using it continuously for three months

Every time I approach the review of a new smartphone I do it with the awareness of having to (and want to) simulate and concentrate the use that an average user would make of the device over several months, within a test that often has a timing about a month. Beyond the immediate feedback that any amateur in the sector could make their own in the face of a few hours of use and testing, a review must, as far as I’m concerned, especially with regard to the mobile world, represent an indispensable aid for those who cannot try all smartphones and must be able to have a complete picture of the behavior of the device after several months, given that few have the possibility to change a smartphone in a short time.

I had the opportunity to try the first top-of-the-range smartphone for a long time Vivo, a leading company in the Chinese market, which recently arrived in the European market. Vivo X51 is a top of the range but it is a smartphone that belongs to a price range that lately is partly losing the interest of users. This is because the user is divided between an increasingly widespread interest in one mid-range able to guarantee respectable performance and a search for the absolute best that leads to the purchase of the so-called smartphones belonging to the premium range of the market.

This is why this review has a double value. On one side try a smartphone for three months gave me the opportunity to test its performance even in the long term, which I think has a special value, on the other hand, I have the opportunity to convince you of how much it is not necessary to pay twice as much for a premium smartphone to have between hands the perfect device for your needs. Let’s dive into this review on three months of using the Vivo X51 5G.

From the analysis of the sales package it is immediately evident the cure that Vivo wanted to dedicate to all new European users, through this product. The smartphone is in fact accompanied by a complete equipment, along the lines of what we have been used to seeing OPPO do. 33W power supply, earphones equipped with USB-C adapter and protective silicone cover supplied. Nothing to complain, what we would always like to see the various producers do.

In a market that in recent years has certainly not been able to revolutionize and propose real news, it has become difficult to get excited again for the usual things already seen. Vivo X51 is an exception. Vivo X51 is beautiful, the quintessence of smartphones for how they are conceived at this moment on a commercial level. True, like many of its competitors it does not show a marked originality in terms of design but it manages to optimize most of the concepts already seen through others and it does so by enhancing the final result. Right now, for example, I also have a Samsung Galaxy S21 in my hands, which can’t hold a candle to the comparison in terms of design and construction with Vivo’s smartphone.

The latter adopts a solution in glass with matte finish able to give elegance and grip to the device. Although he is not the first to bring this solution to the market, the iridescent finish and the slot of the photographic module designed to have its own precise logic, contribute to making the Vivo X51 back one of the most appreciable, if not the most beautiful on the market. Also the beautiful curvature at the edges which flows into the high quality metal frame. Attention to detail which is then also reported on the front, where thelarge 6.56 “display with optical fingerprint sensor set inside virtually non-existent frames, both at the side edges and in the upper and lower ones. What I can add after using it for some time, which makes me claim to be in front of a product among the best of its kind both for design and for assembly, is the perennial and never diminished feeling of have a flawless device in your hands.

Vivo X51’s display is perhaps one of his most impressive strengths. Despite being, on balance, the company’s first smartphone to enter the European smartphone market, it manages to easily place itself on the podium of the best displays on the market. The panel Full HD+ da 6,56″ AMOLED it is enhanced by the sensation of absolute full-screen favored by the perfect engineering of the edges, practically absent on each side. Compatibility with HDR10+, technology DC dimming and the refresh rate variable and settable to the maximum value of 90 Hz, offer one of the best viewing experiences on a smartphone.

To be even more specific, if you have Samsung’s super-rated AMOLED classics in mind, you’re not on the right track. The panel on board of Vivo X51 has less vivid but at the same time very characteristic colors, tending to slightly yellowish tones. This certainly does not make it an unfaithful display, on the contrary, it manages to give the perfect combination of fidelity and pleasantness of image, with an extra quid due to the peculiarity of not being a simple copy of the panels in circulation. Maximum brightness excellent in any context, although not able to reach very high peaks. The oleophobic treatment of the panel is definitely pleasant to the touch.

Vivo X51 5G embodies in all respects the new concept of the “top” smartphone which, to be honest, makes you turn up your nose, and not a little. If until a few years ago the range between 600€ e i 700€ represented the best you could want among terminals with Android on board, now it brings with it different hardware limitations. On board Vivo X51 it is in fact possible to find a processor Snapdragon 765G, assisted by 8GB of RAM and 256GB of internal UFS 2.1 storage. This processor is undoubtedly one of the most successful among the latest generations of CPUs made by Qualcomm, capable of not making you regret the top in terms of performance, represented by the 865. Here is the question: can small sacrifices in terms of performance affect the excellent value for money of a device like Vivo X51 ?. The answer is: probably not.

The Snapdragon 765G, thanks to the help of 8GB of RAM, allows you to reach almost flawless performance in the context of daily use, accentuated by a multitasking comparable to the best smartphones on the market. The applications open in record time and the general fluidity does not return even the slightest sensation of slowdowns, on the contrary, thanks to the display and the proprietary interface of Vivo, you will have a very smooth experience.

The only real difference with a premium range smartphone that I have noticed in these months of use concerns the gaming sector. L’Adreno 620 is a GPU that allows you to videogame most videogames with maximum settings having a granite framerate but I could see that in Genshin Impact, settles on 40-50 fps (with maximum settings), reaching the canonical 60 fps in a few situations. Nothing serious that can absolutely make you regret a more performing but mandatory processor to report it in the chronicle of prolonged use, in order to give everyone the opportunity to make an informed choice according to their needs.

If there is a characteristic of the company that I have always appreciated, it is the desire of Vivo to renew itself and propose innovations which have often found a foothold in the market. Just mention for example the unlock sensor with fingerprint under the display. For the uninitiated, it was Vivo who presented to the world the first example of smartphone equipped with this feature, in the now distant 2018, immediately appreciated and then adopted by other companies. Here with this Vivo X51 the Chinese company has decided to focus on one of the compartments of a smartphone that most of all is able to mark the differences between all devices.

The photographic sector is characterized by a quad camera with 48 MP main sensor, two 13 and 8 MP zoom lenses and an 8 MP wide-angle sensor. The peculiarity that has been introduced is one optical stabilization called “gimbal”. Through this technology it has been possible to introduce a movement correction of about ± 3 °, ensuring greater stabilization than the competition in all contexts. Leaving aside the technicalities, I would like to tell you if this implementation is really able to make a difference in everyday life. Let’s start from an assumption, all the sensors with which this smartphone is equipped allow you to take pictures and make videos in any context, capable of compete with the best camera phones on the market. Shots with a lot of light return images from vibrant and beautifully defined colors. The gimbal stabilization provides an aid in night scenes in which the quality is still very high by standards. The response to flare is also impressive. However, honestly, the introduction of this new stabilization mechanism does not make it possible to have shots able to overcome the competitors with classic optical stabilization, quite the contrary. The shots always fluctuate within a very high quality range but never particularly stand out.

What really makes the difference is the software that manages, in some particular contexts, to overcome the hardware limits and return impressive shots. See for example what you can bring home with the super moon mode. The front room from well 32 MP is a great selfie camera, with a quality not too different from the rear chambers. 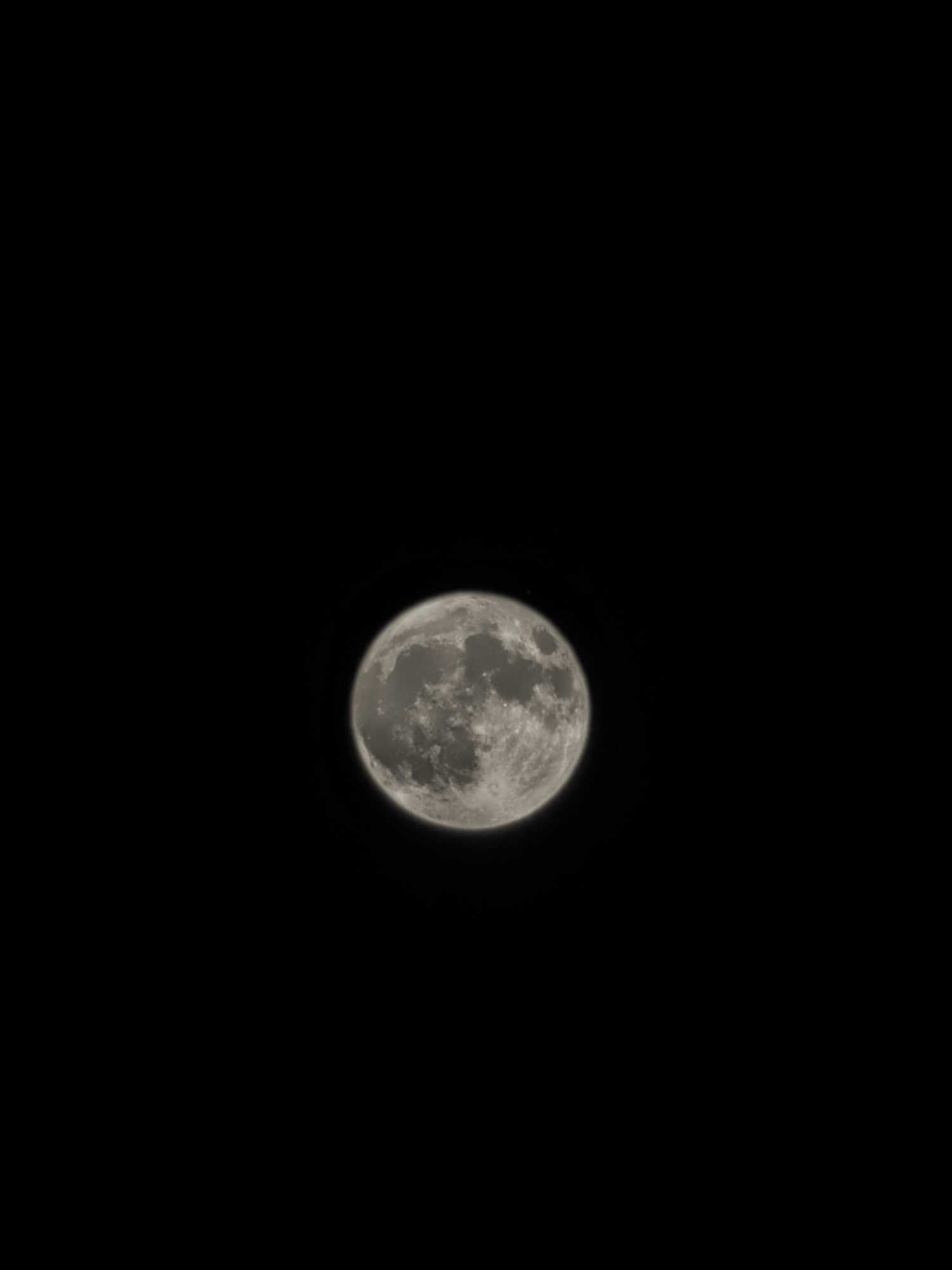 What was found with the photos is also traceable to the quality of the video recording. Brilliant colors and excellent definition, especially when it comes to 4K. However, what gets lost with increasing resolution is precisely the amount of stabilization, which certainly does not make an impression even in Full HD. Again, a ‘Great… 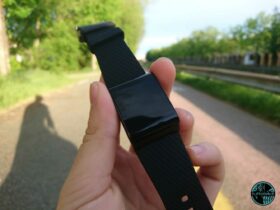 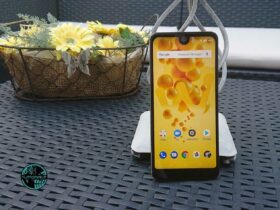