Turn off the light every time you leave a room and do the same with the car engine when we have to stop for a few minutes. These and other good rules allow us to offer our small daily contribution to cutting consumption and above all pollution.

However, few are those who realize how much we are surrounded by technology, and how much this affects environmental well-being at different levels. In the meantime, it goes without saying, because technological objects (and lately the so-called Internet of things) put products on the market with an ever shorter average life.

But the tech waste also includes the batteries that power many of these devices. This is the aspect on which a study by EnAbles, a project funded by the European Union, has focused.

The main data, more than eloquent, tells us that every day we throw something like 78 million batteries in the garbage can.. And we will continue to do so at least until 2025.

Let’s dig into EnAbles research in more detail, and find out what the proposals are to slow down the staggering numbers of tech waste.

As we said, EnAbles is a project wanted by the EU and coordinated by the Tyndall National Institute, a European research center on integrated ICT hardware and systems. Among the 11 partners there are also the Polytechnic of Turin and the Universities of Perugia and Bologna.

The study tells us that technological waste, or more specifically batteries, will continue to keep this pace at least until 2025., if we do not arrive as soon as possible to a double result: that of reducing the energy consumption of the devices and that, even more obvious, of increasing the duration of the batteries themselves.

Technological waste and the Internet of things

Researchers agree that the boom in the Internet of Things is a major cause of such frantic battery consumption.

The IoT begins to materialize between 2008 and 2009, when not only computers, tablets and smartphones are connected, but also washing machines, refrigerators, cars and other elements of our daily life. It is a step towards the Internet of Everything, which involves the perpetual connection of people and things. And whose natural habitat will be smart cities.

Ma this continuous connection, if on the one hand it brings the great advantage of comfort, on the other it has a huge energy cost. The estimate is that in 2025 there will be almost 1 trillion (or, hold on tight, one billion billion) of objects connected to the Internet, including cars and trains, appliances and devices, smart cameras and wearable gadgets. 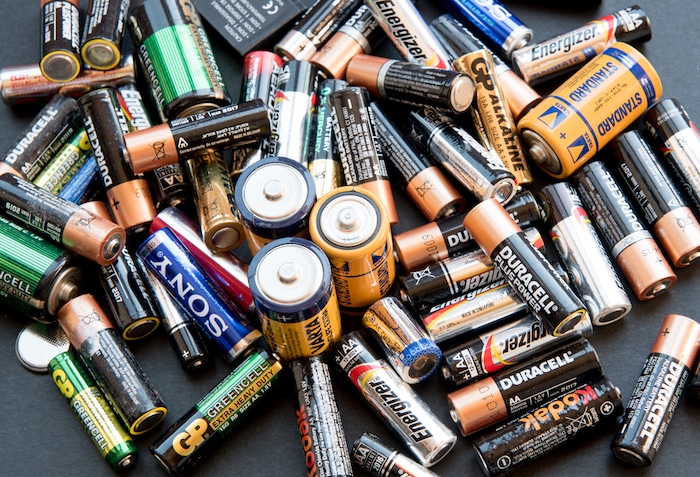 Going to the heart of the issue, that of technological waste, the Internet of Things carries within itself a problem: that of gap between the average lifespan of a device, which is around 10 years, and the batteries it powers, which typically run out well before 24 months.

The frenzied production of batteries is compounded by another problem, the one for which today less than 40% of the batteries used by IoT objects are recycled properly.

Finally, there are extreme cases, in which the replacement of the battery makes it complicated or limits the use of certain tools. Let’s think, for example, of implantable medical devices such as pacemakers or insulin delivery pumps.

The proposals of the EnAbles team

The first partial recipe for improving the field of technological waste could be to rely on green energy. In this sense Mike Hayes, coordinator of EnAbles, gives a striking example. Says Hayes: “With a solar panel half the size of a credit card you could indefinitely power a temperature and humidity sensor in an office.”

More generally, EnAbles’ task is twofold. On the one hand there is the field of research, as stated by Claudio Gerbaldi, professor of Chemistry at the Polytechnic of Turin. “The idea is to create a European infrastructure network in order to give free access to simulations, data, equipment and studies. Allowing interested parties such as companies to have resources and structures available, pooled, to carry out research and innovation activities “.

On the other hand, there is awareness raising. EnAbles engaged 500 stakeholders (meaning anyone who is in any way interested in a project) from 38 countries and more than 130 experts in a series of webinars and seminars. Because, as Mike Hayes always explains, “we need to revolutionize the way we design, produce, use and dispose of objects”. And the sustainability of the IoT “must be achieved in a collaborative way and by intertwining disciplines”.