Which is the best buy: Bitcoin or Dogecoin? We try to analyze the current situation and understand what is worth buying right now

Bitcoin and Dogecoin have wreaked havoc in the crypto space. Dogecoin memes have taken social trading by storm and converted a joke into a market capitalization of $ 82.88 billion. But the recent drop in Dogecoins after Elon Musk’s Saturday Night Live makes you wonder: maybe Bitcoin is a better buy anyway?

Why are cryptocurrencies born?

A developer created Bitcoins after the global financial system collapsed in 2009 and governments started printing Fiat currency. Fiat currency is when the government prints unlimited paper money without the support of the gold reserve. Money loses its value and the central bank gains too much power. For a long time, Tesla’s Elon Musk has criticized Fiat money.

In 2009, a developer built Bitcoin on the concept of gold. BTC can be used as a global currency and also have a store of value. Only 21 million BTC can be mined in a lifetime. And as more and more people mine BTC, the harder it will be to get the digital currency. This has been a perfect replacement as no bank will have control over BTC trading, and it is the decentralized ledger that will keep the books of who owns how much.

The concept of BTC was so revolutionary that many companies like Microsoft and AT&T accepted it as a form of payment. But BTC will face the test of time as anything can only become a currency when the majority of people trust its value.

Although BTC protected your coins from hackers, it kept trade secrecy, giving way to money laundering and terrorist financing. If regulators can find a way to regulate these activities, BTC could become the future global currency. This will reduce the accumulation of energy in the hands of a few.

Which cryptocurrency, Bitcoin or Dogecoin?

Bitcoin began attracting the attention of Hedge Fund investors in November 2020, when governments blocked the collapse of the pandemic with Fiat money, understandably. But Dogecoin rose to fame in February when Elon Musk took to Twitter to post memes on Dogecoin. Only a few Twitter memes have seen Dogecoin climb to 2,400% in three months. And just a statement from Musk on Saturday Night Live that Dogecoin “is a hustle and bustle” sent the coin down more than 20%.

Now analysts say support from Amazon’s Jeff Bezos could drive Dogecoin to new highs. Isn’t it absurd that Dogecoin multiplied the same thing that BTC tried to prevent (accumulation of power)? A developer created Dogecoin in 2013 as a parody of BTC. So, if you look at the logic, a joke will only grow when that joke goes viral. But putting your money into a joke is not a joke.

Alternatively it is possible to start trading on a neutral platform such as bitqt, e start getting some experience with cryptocurrencies.

Musk hasn’t invested a cent in Dogecoin. And anything remotely cryptographic around Musk is that his company Tesla has invested $ 1.5 billion in BTC as an alternative investment. Instead of burning your hard-earned cash with a good laugh, read between the lines. Even if you’re just following Musk, follow him properly. He has never deceived anyone. Musk clearly stated in one of his tweets that he only owns Tesla stock.

Which is a better buy, Bitcoin or Dogecoin?

I am not in favor of cryptocurrency as it still has a difficult regulatory path to take before becoming an official currency. But there is nothing wrong with investing only a small fraction, less than 2% of your portfolio in BTC. Remember, Dogecoin is unlimited and gives tremendous power to influencers like Musk and Bezos, destroying the very purpose of an alternative to the Fiat currency.

You can’t buy BTC through your tax-free savings account (TFSA), but you can buy the Purpose Bitcoin ETF from this account. You have to pay 1% of the asset management fees to gain exposure to the value of the BTC stack stored in a digital vault. 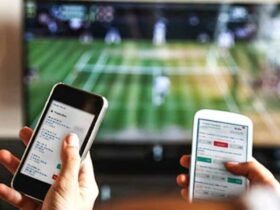 Live betting: what you need to know 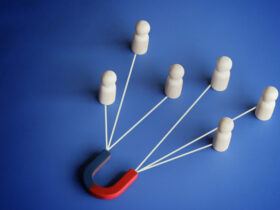