Through a press release, Microsoft announced the arrival of Xbox All Access, the all-inclusive program, on the market in Italy thanks to Gamestop

Announced in 2018 and already available in many other European countries, Xbox All Access is the all-inclusive program from Microsoft that will allow you to enter the new generation at the cost of a monthly subscription. The company had already explained that the program will have a key function over time for Xbox Series X and Xbox Series S, the two next-generation consoles of the Redmond house, but no more news was received regarding a possible arrival. in Italy. This until a few hours ago. Through a press release, in fact, the company announced the arrival of Xbox All Access also on the Italian market thanks to Gamestop.

The service is an all-inclusive program that includes a next-generation console of your choice between Series X and Series S, according to your preferences, and a 24-month subscription to Xbox Game Pass Ultimate, which as you know by now includes a library of over 100 great titles that can be downloaded for free. Joining the program will allow you to immerse yourself in the Xbox ecosystem with a single monthly expense, enjoying the titles of Xbox Game Studios and those coming soon, such as Halo Infinite, already from day one. 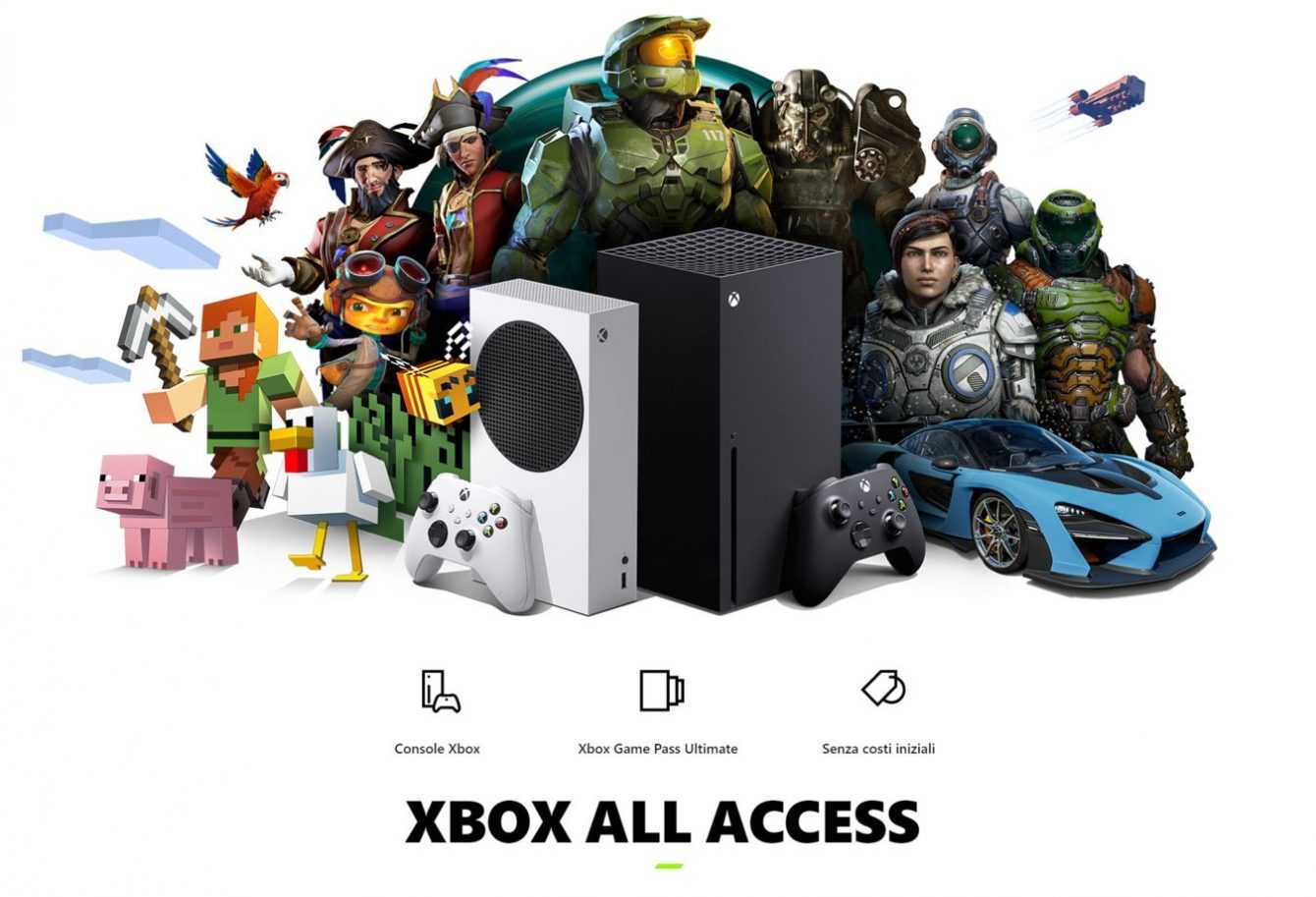 Xbox All Access also arrives in Italy: the details of the offer

With no upfront cost, Xbox All Access grants access to two different packages, both including Xbox Game Pass Ultimate, depending on the desired console. If you want to play with Xbox Series X, the package will cost € 32.99 per month for 24 months, while what it includes Xbox Series S you will have to shell out € 24.99 per month for 24 months. In addition, through Xbox All Access you will also have it available Xbox Cloud Gaming, and you can then play the entire Xbox gaming offer on smartphones and tablets.

In short, Xbox All Access is finally available also in Italy thanks to Gamestop. What do you think of this service, are you interested? Write it to us below in the comments, we will continue to keep you updated with all the news, guides and reviews on videogame and tech! And if you are interested in game keys at affordable prices, we recommend that you take a look at the InstantGaming catalog!