Microsoft has announced the games that will be available on Xbox Game Pass in November, some are truly unmissable

Microsoft has unveiled its first wave of games Xbox Game Pass per November, starting with the arrival of Minecraft: Java e Minecraft Bedrock Edition tomorrow for PC gamers. Let’s see all the other titles and details about it in the next lines of this article.

The Redmond house, punctual as a Swiss watch, has just released the list of games included in the subscription Xbox Game Pass for the month of November. In addition to the aforementioned editions of Minecraft there will also be the puzzle game in sentimental and zen shades Unpacking. The latter will also be available for cloud, console and PC and will see you intent on discovering the personal vicissitudes of a mysterious character while furnishing some spaces. Surprisingly, It Takes Two will arrive on EA Play on November 4th, which means that Xbox Game Pass for PC and Ultimate members will be able to try this other interesting title (lovers of subtle narrative stories playable in co-op, be warned). 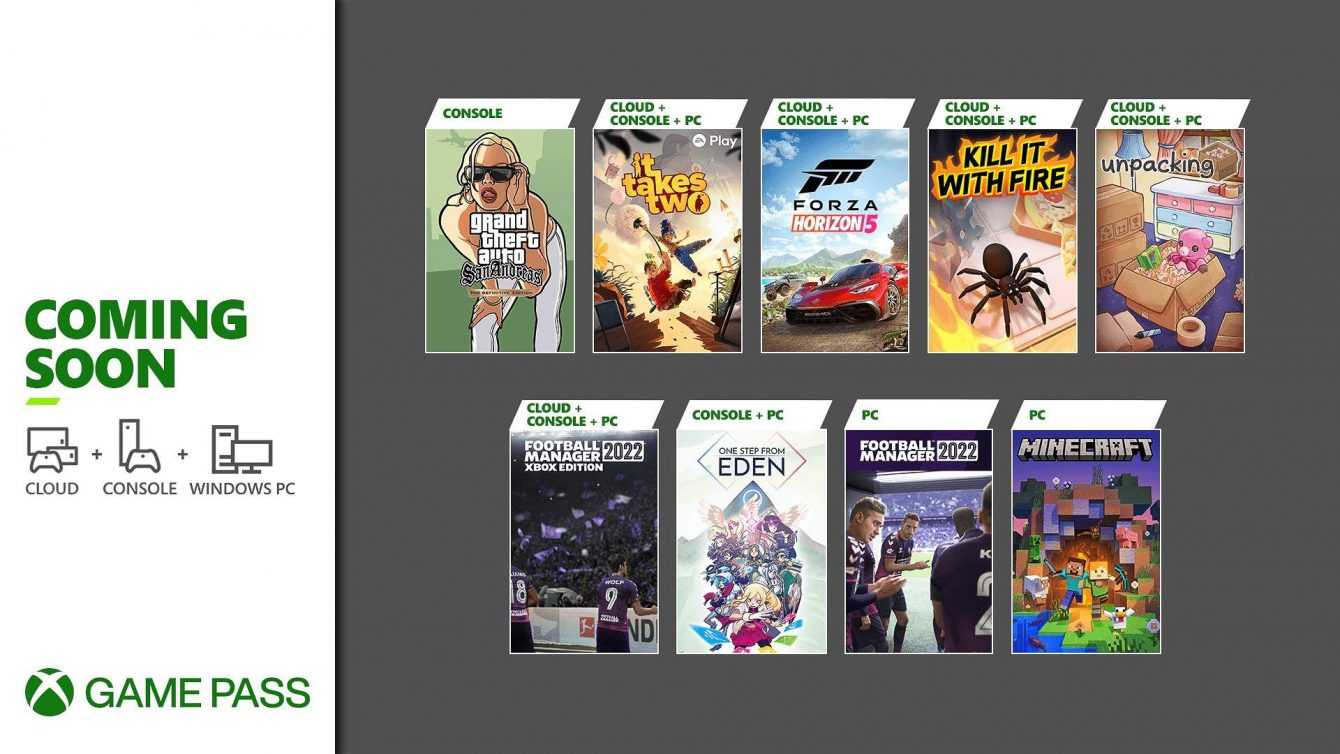 On the same day it will be the turn of the first person action-adventure Kill It with Fire for the cloud, PC and console. They follow Football Manager 2022 per PC, Football Manager 2022: Xbox Edition (per console e cloud) e Forza Horizon 5 (for PC, console and cloud) on November 9th. Grand Theft Auto: San Andreas – The Definitive Edition (one of the titles that will be part of the chat Grand Theft Auto: The Trilogy – The Definitive Edition) joins the console service on November 11 along with One Step from Eden for console and PC.

Of course, there will also be a number of titles coming out of Xbox Game Pass. They are still playable until November 15th, so check them out now while you still have time.We leave you the full list below).

We will keep you updated on all future developments regarding this title in full Halloween climate. In the meantime, always stay tuned to TechGameWorld.com for all the news and curiosities from the world of gaming and beyond. Lastly, for the video game download codes at discounted prices, we invite you to take a look at the Instant-Gaming.com store.