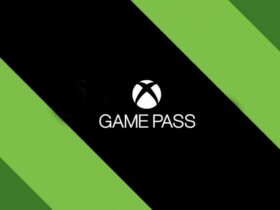 Xbox Game Pass: here are the new games of April in addition to the catalog

The Xbox Indie Showcase is ready to give emotions to the Microsoft community, here you can follow the event live with the official player

There have been many speculations about this March event by Microsoft. There were those who thought that there could be news related to titles such as Halo Infinite, Elden Ring or Fable. None of this, but not for this l’Xbox Indie Showcase, which we will follow today live, it will not be worthy of attention. In addition to some titles that we will know more about, they will be present diverse software house who will present their works. Let’s find out all the details.

Before moving on to the official player live on the Xbox Indie Showcase let’s clarify a bit what the software houses will be present and protagonists of this event. In addition to receiving updates on the development of some titles, exactly: Second Extinction, The Ascent, Voidtrain, Exo One, STALKER 2 e The Wild at Heart, there will be ten software houses to share the scene. Here are which ones:

Let us know, at the end of the broadcast, your impressions of what was shown. Let us know what titles were that they mostly stimulated your curiosity and interest and, also, let us know in general what you think of Microsoft and how the Redmond company is acting on the videogame front. In the meantime, to stay on the subject, we advise you to take a look at what, in our opinion, are the best games in the Xbox Game Pass catalog, a service that represents the spearhead of the videogame offer of Microsoft itself.

To stay up to date on what’s new since videogame world and beyond keep tune in on the techgameworld.com pages. If you want to buy instead some video games at a discounted price take a look at the offers offered by Instant Gaming.