In this review we will discover Xenoblade Chronicles 3, the last chapter of the saga recently landed on Nintendo Switch

5 years after the second chapter and 11 years after the Italian release of the first, Xenoblade Chronicles returns to the market to try to grab an important slice of the public. Will the intentions of the developers to build a “mammoth” game that remain in the memory of fans have been rewarded? We just have to start this review to find out how he behaved Xenoblade Chronicles 3 on our Nintendo Switch.

Adventures take place in the world of Aionios in a time span far removed from those relating to the first and second chapter. Here humans, divided into Few e Agnus are subject to the laws of Chronoflame and they must fight to survive. However, life itself in this world is not as we know it. All human beings are indeed created in the laboratory and are born in the midst of adolescence.

However, their lifespan is significantly shortened. They can only survive 10 years and those who succeed are rewarded with the “Return ceremony”. In this environment you’re guysthree for each faction, they are chosen to become Uroboros, fight the Moebius and subvert the laws that kept them chained. In short, in some ways we can speak of a story that has already been heard countless times in as many sauces. Nothing so exceptional as to make one cry out for a miracle. Yet, despite everything, she managed to give us some really interesting twists which, for obvious reasons, we will not reveal in this review.

The sector that perhaps most deserves this title is certainly the gameplay. The developers of Monolith Soft in fact they have managed to create a combat system that will practically never make you bored. We are not just talking about the moveset of some weapons and the various techniques that can be adopted, much less being able to move from our favorite character to another even during combat.

The peculiarity of Xenoblade Chronicles 3 is that we can interchange the classes between the various characters, thus making the journey much more dynamic and making us spend a few more minutes in setting the best techniques and equipment for each hero. However, you don’t have to do this all the time. The developers have thought well of assign the necessary objects and techniques to each classthus avoiding a tedious job like changing everything every time.

If this variety is not enough, we also find the modality Tuning that will allow us to transform us into Uroboros and Group Assaults. The latter are very useful for fighting powerful enemies and inflicting a lot of damage thanks to combined attacks and in quick succession. Obviously the matter is much more complex than that, with other elements that are part of the gameplay and of which we will not talk in order not to lengthen the discussion too much. Although fighting can therefore be quite stimulating, sometimes the problem is just performing this action. 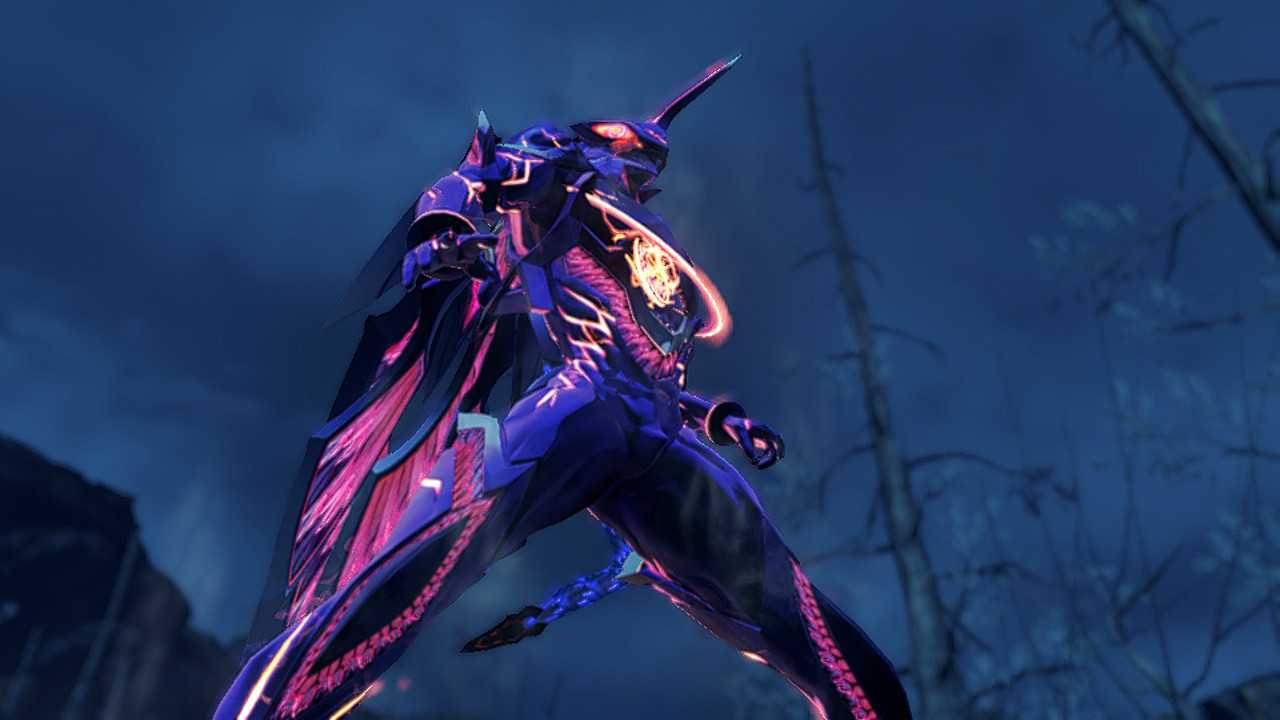 … When you can play – Xenoblade Chronicles 3 review

Often in fact we will find ourselves trapped in video sequences that will make us wonder if we are playing video games or watching a TV series on Netflix. These are real videos more or less long shot in sequence one after the other which, although they are skipable, it will be better to see if you want to understand an h of what is happening. This however causes a flood of downtime which risks seriously compromising the user’s gaming experience.

Another problem in this respect concerns the autosave that is activated only after playing the videos and not before. In practice, if you do not want to see 5-6 minutes of video, but do not want to skip it so as not to lose any details, you will be forced to see what happens in order not to risk having to repeat the entire path made since the last useful save. A bit of a shame because in case of an unexpected occurrence while the video is playing, then we will have to pause and leave our Switch on all the time. 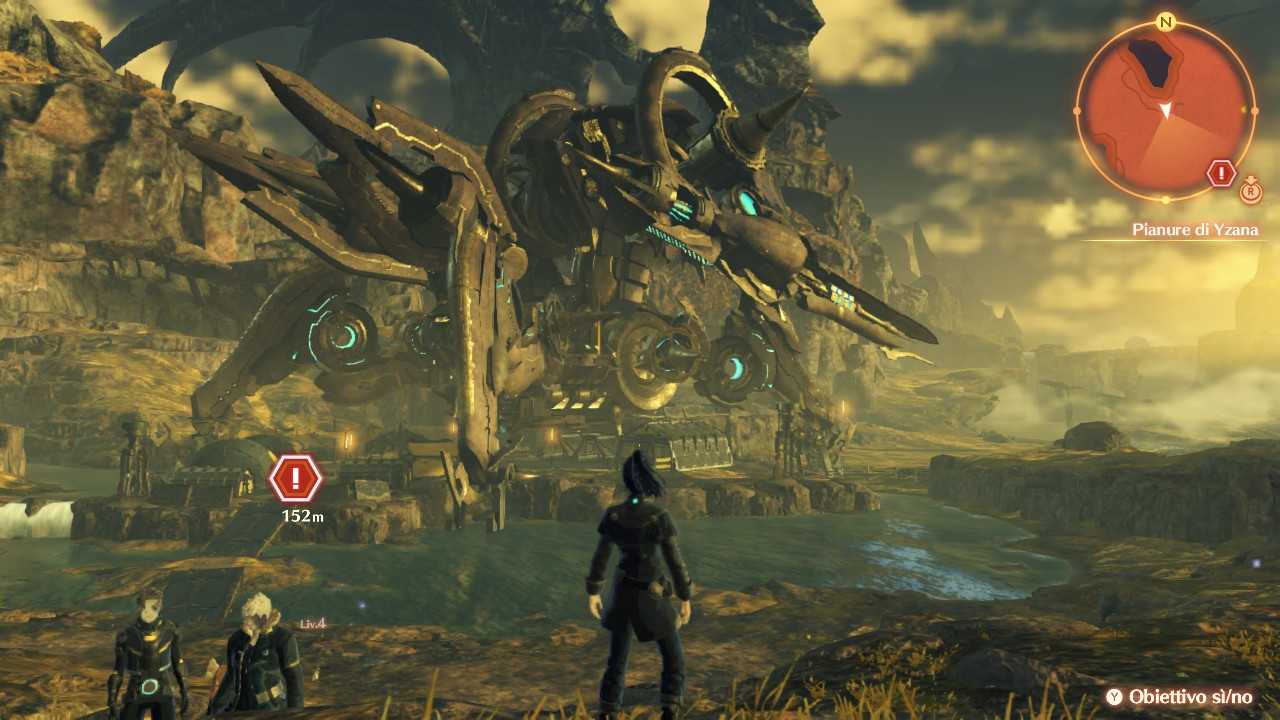 We know this very well and denying it is quite useless. The Nintendo Switch is not up to the specifications, in terms of specifications, of a latest generation console or an assembled PC. The limits are there and they are quite evident. This turns, in a game like Xenoblade Chronicles 3, into bare landscapes, devoid of features that could make them unique. The limitation then also expands to the textures that in a few moments are very reminiscent of those of triple A games dating back to 10 years ago and to the visual distance.

Despite everything, however, the developers have made a real miracle. Although the world is a bit bare and divided into multiple regions for obvious reasons, the graphic level still manages to give truly fairytale glimpses. The characters, on the other hand, are well detailed, both in clothing and in armaments. On the other hand, however, despite a good character distinction that distinguishes them, the protagonists, and not only, seem almost like mannequins in the scenes. At least in the videos, in our opinion, the developers could have dared a little more, making the characters more expressive. The fact that the classes selected by the players are sometimes not respected also makes you turn up your nose slightly, although this is a minor problem.

The audio sector instead looks very well cared for, both as ambient sounds and as a soundtrack and dubbing. The only drawback in this case is the excessively excessive volume increase in the combat phases. Calling the attention of the gamer is certainly very useful, but it could have been managed slightly better from this point of view. Good then the feed with the commandsalways reactive in all circumstances, contrary to the cameras that in some moments they got so close that we didn’t enjoy the experience to the full. 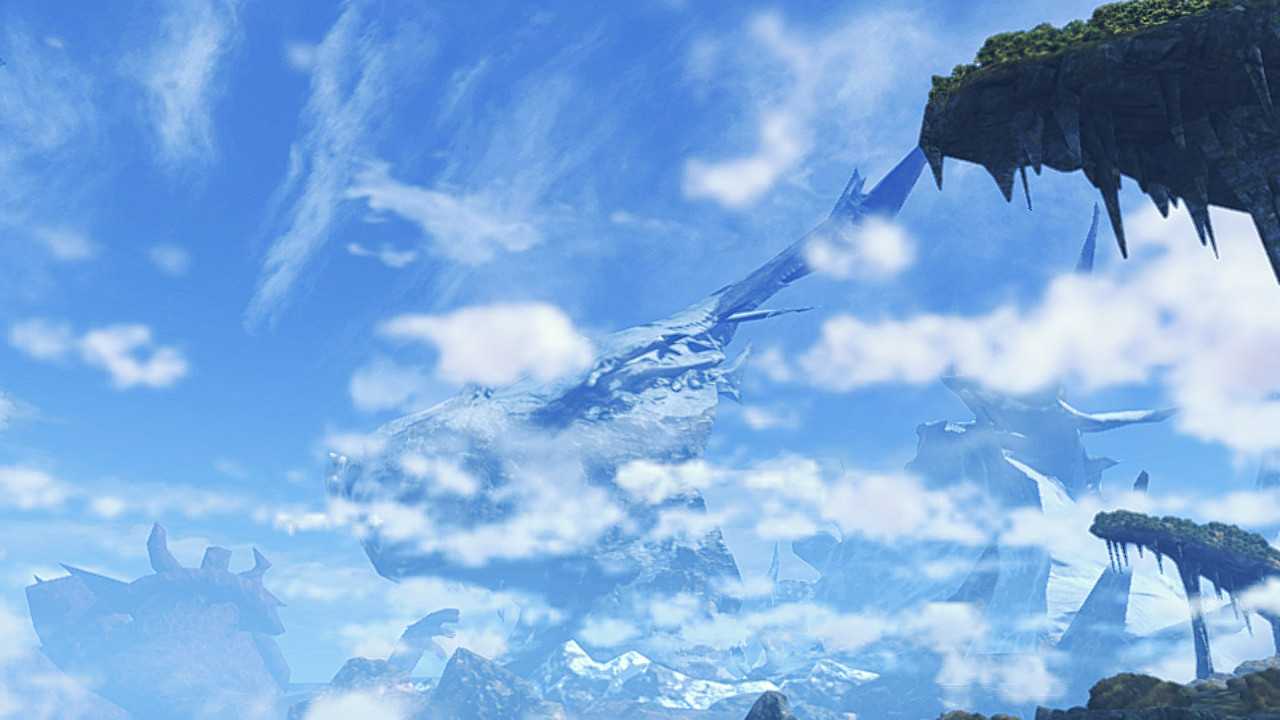 So is it worth it?

We have reached the end of the review of Xenoblade Chronicles 3 and it is therefore time to draw some conclusions. Although the console does not allow the developers much room to maneuver, they have managed to perform a real miracle, creating a very huge game that will keep players glued to the screen for hours. Obviously such a large project has forced some small sacrifices which, although they make the world a bit “bare”, still manage to offer truly fantastic views.

The story itself is nothing exceptional and unique, although it still manages to give gods really interesting twists. Good adventure in general with a great variability that will allow anyone to play the title without ever getting tired. Changing class and approach to fighting will be essential to survive and continue the mission. Although therefore playing is so stimulating, the downtime, due to too many videos in sequencerisk compromising everything.

There are also other small problems such as the audio setting in the combat phases or a camera that gets too close due to some obstacle. Nothing insurmountable of course, but it is right to bring them back. We remind you that the game is available in both digital and physical format at the recommended price of € 59.99. You can find it at a very slight discount on the official page of Instant Gaming. That’s all for this Xenoblade Chronicles 3 review. To not miss future news about Nintendo and the videogame universe in general, keep following the pages of everything!

A good game despite the limitations of Switch