Al Motor Show in Tokyo 2019 Yamaha presented the concepts of the E01 and E02 electric scooters for the first time. Now, finally, the company has decided that the two new “concept” scooters will become production models, with the launch scheduled for 2022..

Yamaha previously announced the development of electric scooters, but with outside help, by signing a partnership with scooter manufacturer EV Gogoro. But the concepts unveiled at the 2019 Tokyo Motor Show demonstrated Yamaha’s intentions to autonomously develop a fully electric two-wheeler

Almost two years have passed, too long for many, which have questioned Yamaha’s commitment to truly wanting to produce electric motorcycles and scooters “in house”.

Doubts that partially dissolved in May, when patent images leaked that revealed a largely production-ready version of thel model E01 by Yamaha. Ore looks ready, with Yamaha unveiling its 2022 production plans for European and Asian e-scooters.

The E01 electric scooter will be a 125cc class equivalent, even if all the official technical specifications of the scooter have not yet been revealed. It will probably have an output of 11 kW (15 hp) or not to fall into the corresponding regulatory class of light electric scooters in Europe. Similar electric scooters often have top speeds of around 90km / h.

The patent images showed a large non-removable battery pack mounted in the center of the frame. The motor is mounted just behind the battery with a belt drive connecting it to the rear wheel. A port for the charger is visible on the front of the scooter, allowing convenient charging when the scooter is parked

The electric scooter Yamaha E02 is a smaller format vehicle that should fall into the 50cc class equivalent. This means that it could have a lower horsepower engine up to 4 kW (5.3 hp) and a lower top speed than its big brother, equal to about 45 km / h

The scooter may be smaller, but it should still offer two seats and interesting design choices like a single-sided rear swingarm.

The E02 is also likely to come with removable batteries, as these would be lighter and also have a lower capacity, thus offering a simpler charging solution.

Yamaha’s past partnerships with Gogoro could mean that the iconic green and black Gogoro batteries could be used for this scooter as well.

Yamaha has yet to announce an exact date for the presentation of the production version of the scooter. Still, the company looks confident enough that 2022 sia the year its brand new electric scooters will finally be launched in Asia and Europe. 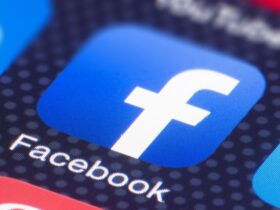 Facebook wants to report calls to the main app 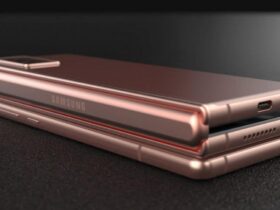 Samsung thinks of a smartphone with three screens 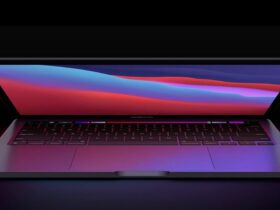 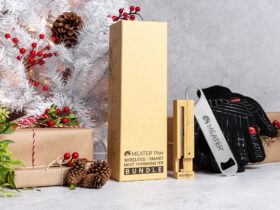 MEATER Plus Holiday Bundle: an innovative and tasty Christmas gift