Only a short time, Tencent had acquired a minority stake of Playtonic, the responsible brand development studio Yooka-Laylee, considered by many to be the legitimate heir of Banjo-Kazooie. And with the introduction of new capital, it was more than legitimate to assume that the studio would not be long in confirming the work on a new title which, in the case in question, has translated into a new 3D chapter of the plaform.

Speaking about the study plan, the managing director Gavin Price, who speaking to the microphones of GamesIndustry highlighted how, thanks to the new funds, the team plans to double its workforce, so as to have three development sections. The occasion also served to officially confirm a new 3D platform, referred to as a direct follow-up to the 2017 title, and not the 2019 2D sidescrolling episode.

During the year, Playtonic had indicated that he would show his next work very soon, as well as confirm the existence of more titles dedicated to Yooka-Laylee currently in development. It therefore appears that the acquisition of the minority stake by Tencent is mainly aimed at expanding this IP, as stated by the same Price.

“We have always had conversations with Tencent. We talked to them about the future of 3D platformers and what our future projects would be. There was also an opportunity to talk about the studio’s development plans, focused on increasing the workforce and topic number. They told us to take things calmly. to have appreciated our words, and the role they could have played in this process. “

Price he also said he was surprised by the interest shown by Tencent towards the team, and the fact that the Chinese giant also had a sector dedicated to 3D platforms among its departments, made it possible to plan future projects, among which the appearance of Yooka-Laylee among the surprises related to the children’s menu of a well-known fast food chain.

Furthermore, the transfer of the firm to a new location, as well as the opening of new offices and the potential acquisition of other teams, are not excluded.

In short, the future for Playtonic looks quite rosy, and we at TechGameWorld.com will not fail to keep you updated on the progress of their work. While waiting to learn more, our invitation is to take a look at the offers on Instant Gaming. 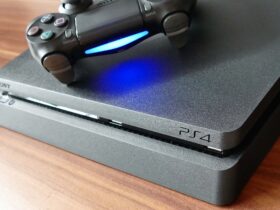 Eight years of PlayStation 4: between exclusives and experiments

Activision Blizzard: Phil Spencer and Jim Ryan re-evaluate the relationship with the company

The Legend of Zelda Breath of the Wild 2: Do job postings at Monolith refer to the title?