Now you can buy the cannabis through the applications available on theApple App Store: obviously with some restrictions and only if in your country weed is legal. Let’s go through all the details together.

Buying cannabis through the Apple Store? It can be done

The Apple, which previously banned apps that facilitated the sale of cannabis, has now decided to change policy. Apps that deliver weed and marijuana can now take advantage of Apple’s platform and users they can shop without too much trouble.

The previous policy originally banned apps that “encourage the consumption of tobacco and vaping products, illegal drugs, or excessive amounts of alcohol.” It also banned apps that facilitate the sale of “controlled substances (with the exception of licensed pharmacies), marijuana or tobacco”. However, Apple updated its policy a few months ago, namely il June 7, and decided to make an exemption for licensed pharmacies and “licensed or otherwise legal cannabis dispensaries”.

It is about Eaze, a delivery service with 2 million registered customers in California that launched its shoppable delivery app on July 8. Eaze facilitates the sale of cannabis products between users and resellers. The latter independently hire the staff for deliver the products e verify the identity of the buyer.

A statement from Eaze described the launch of the app as a “milestone for the legal cannabis market and for consumers”. Before Apple lifted the ban on cannabis apps, customers had to complete all transactions through the Eaze website.

“It’s hard to point out how important this is to our company and the industry,” said Eaze’s CEO Rogelio choy in a statement. “It is deeply gratifying to launch the first fully functional cannabis delivery app on the Apple Store.” 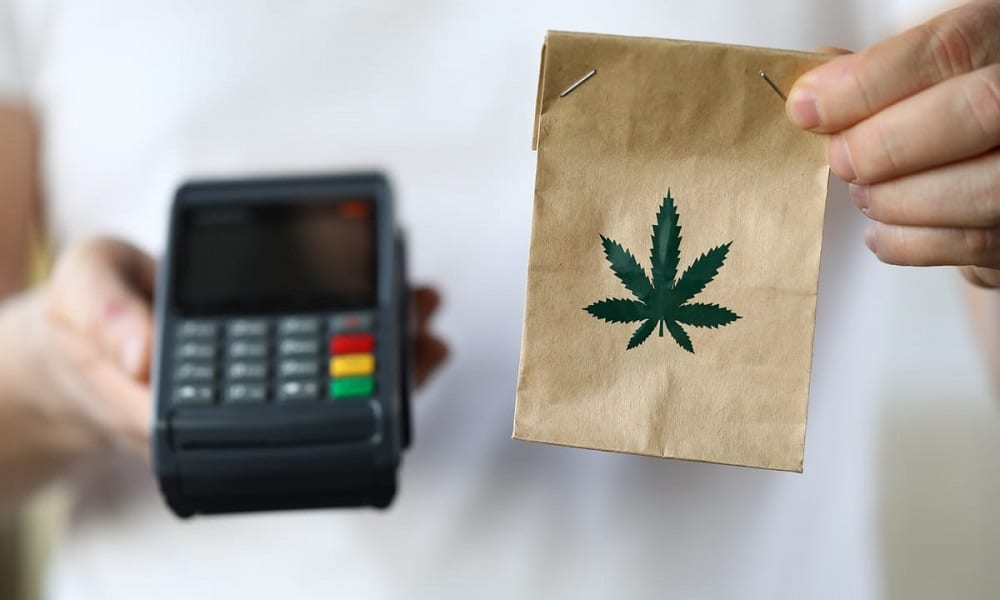 Since that time, other cannabis delivery services have joined the App Store. Among them we find Beta, Caliva e Pineapple Express. Weedmaps, which allowed users to locate and browse menus at local dispensaries, ha updated his app Wednesday to allow customers to purchase products directly from dispensaries through the platform.

Weedmaps already had an Apple approved app before the updated policy, because it did not directly facilitate the sale of cannabis products. Before the update, it allowed customers to examine only local dispensary options. To actually buy something, customers had to use out-of-app services or visit those dispensaries in person.

“It is encouraging to see cannabis policies and attitudes change in a way that promises significant growth. We look forward to introducing an even easier way to order cannabis from retailers through our platform. We commend companies like Apple who work with industry leaders to find solutions that drive innovation in our space, ”he said. Justin Dean, Chief Technology Officer of WM Technology, Inc. in a statement.

The restrictions on the Apple Store

However, as you might have guessed, there are still restrictions on these apps. The App Store review guidelines state that apps that provide services in “highly regulated fields” such as banks, l’health care o la cannabis, or those that require sensitive user information, they must be through a “legal entity providing the services and not by a single developer”.

Also, any app that facilitate legal cannabis sales they are “geo-limited to the corresponding legal jurisdiction”. In practice, for residents of states where cannabis it is not recreational legal, Eaze and other apps will not be available for download.

While the lifting of Apple’s ban is a long-overdue progress in shifting public attitudes towards cannabis, Google’s ban on apps that facilitate the sale of cannabis remains. As of 2019, the apps of the Google Play Store cannot offer any “in-app shopping cart features that would facilitate organizing the delivery or collection of marijuana”

“Regardless of legality,” the policy continues, “Android apps are prohibited from facilitating the sale of any marijuana or marijuana products.”

Marijuana Moment noted in 2019 that Google Play policy previously he didn’t mention cannabis at all. The policy was updated following an FTC complaint. The complaint alleged that Google Play was not proactive in checking apps in the kids section of the store.

Apps that previously facilitated the sale of cannabis products have not been completely eliminated from the Google Play Store. However, a Google spokesperson revealed that those apps “must move the shopping cart flow out of the app to be in compliance with the new policy.”

In any case, Apple users who own a iPhone and live in countries where cannabis is legal, they can easily order it from your sofa, without leaving home.