There are cars with beautiful names, with a high-sounding meaning and an exceptional sound. Interceptor, Mustang, Huracàn, Diablo, Bronco. Or to remain humble, Focus, Touareg, Cortina, Cayman. Names that remain in the memory, which are distinguished from the classic acronyms and numbers. For all the cool and trendy names, though, there are tons of cars with strange names, with very particular or, incredibly, obscene meanings. Really, I’m not kidding. Welcome back to the sofa Auto for Dummies, the column that reveals the secrets of the automotive world. And today, we will see 15 of the cars with the strangest, most embarrassing or even banned names. Are you ready?

Alfa Romeo MiTo, from Milan to Turin for the first car with strange names

Let’s start in a “soft” way for the first slot in our list of cars with strange and particular names, occupied by a very ordinary car, Alfa Romeo MiTo. Although at first glance the meaning seems obvious, it is not at all. The small Alfa Romeo, derived from the more worldly FIAT Grande Punto, has won a lot of acclaim among young people and among those who have been convinced by its particular and sporty aesthetic. The name, however, does not refer to its being a myth, but rather it is a geographical quotation.

The graphics of the name, in fact, betray it: Myth. This name in fact it celebrates the Milan-Turin axis that binds this car. Milan is in fact the city where Alfa Romeo was born and became great. Torino, on the other hand, in addition to being the home of FIAT, of which the Alfa Romeo Group is part, it is also the city where the MiTo was built. The little Alfa, in fact, came out of the Turin plants of Mirafiori. Milan-Turin, therefore: MiTo. 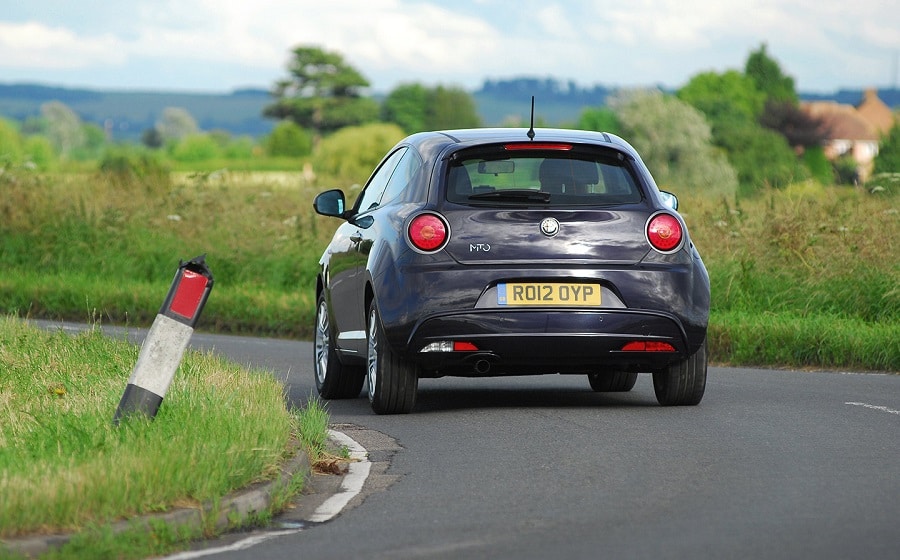 A small one curiosity on the MiTo. In Alfa, the most popular name for her before the presentation was Junior, a reference to the past with the small Alfa Romeo GT Junior, very popular among young peoplethe. This name, however, was seen as belittling by FIAT leaders, who overthrew him. Alfa decided to have the public decide the name with a online competition, Alfanaming. But when the public chose Angry, Alfa was not satisfied again. So it was that the name MiTo was born, to unite Milan with Turin.

Alfa Romeo Alfasud, daughter of the South and its Neapolitan factory

Alfa Romeo has managed to come up with several names which have become, over time, real icons in the automotive world. Just think of Giulia, Giulietta, Alfetta or GT Junior. As always, however, not all donuts come out with a hole. In fact, the Casa di Arese has some uninspired names in its history. Apart from the numerical names, there are two names that have had little success: Alfasud and Arna. Let’s leave for another time the examination of the Alfa Romeo Nissan Auto, the Arna in fact, and let’s focus on the Alfasud. 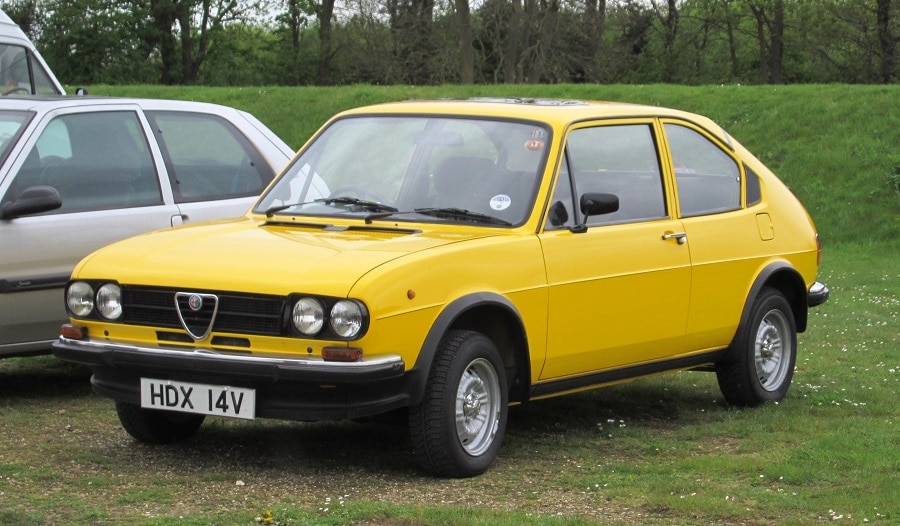 Curiously, they both shared the same mechanical basis, as well as the same Pomigliano d’Arco factory, near Naples. And it is in fact from here that the name of Alfasud comes from. Between the end of the 1960s and the beginning of the 1970s, Alfa Romeo wanted to enter the medium-low segment of the 1.2 / 1.3 displacement sedans, manned at the time by FIAT and Lancia in Italy. The Alfasud was in fact a small car with low fuel consumption but typically Alfa, with powerful and pleasant boxer engines and a refined and fun driving dynamics. 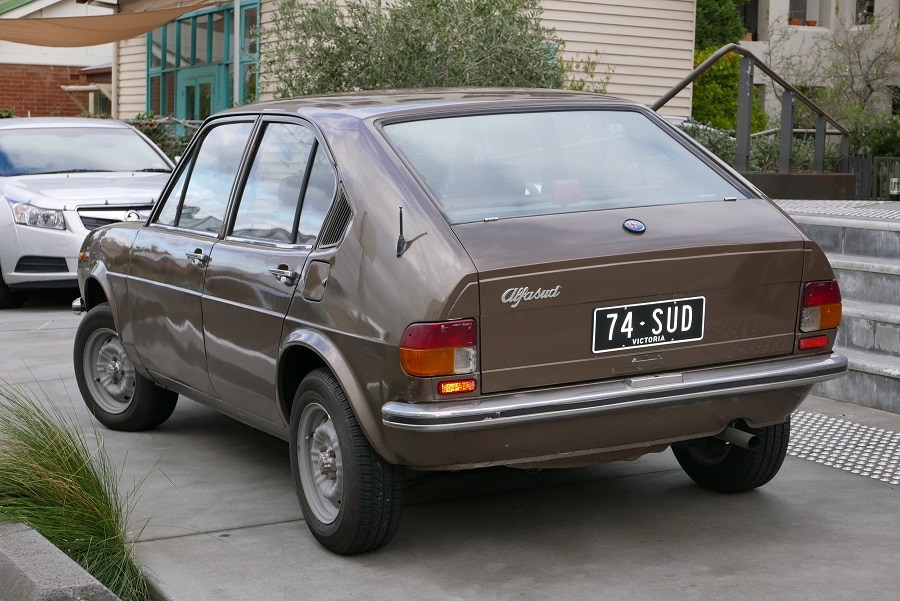 But why Alfasud? In 1968, the Italian state, which controlled through theIRI Alfa Romeo since 1933, he decided to build a factory in Pomigliano d’Arco, to encourage employment in the regions of Southern Italy. Thus it was then that the Neapolitan Industry Costruzioni Autoveicoli Alfa Romeo was born (INCA), also called Alfasud, from the union of Alfa and South, in fact. For this reason, the first car built, since 1971, in Pomigliano was named after the new company that built it, Alfasud.

FIAT vans: from Talento to Scudo, the passion is for numismatics

We stay in Italy for the third and last “competitor” of the Bel Paese for the competition of the strangest names in the world of cars. This time we are talking about the Italian manufacturer par excellence, FIAT, but not a single model. And let’s say that between Regata, Argenta, Stilo and Punto there would be some discussion. In reality, the FIAT car award with the strangest names does not go to a family of cars, but to … vans. 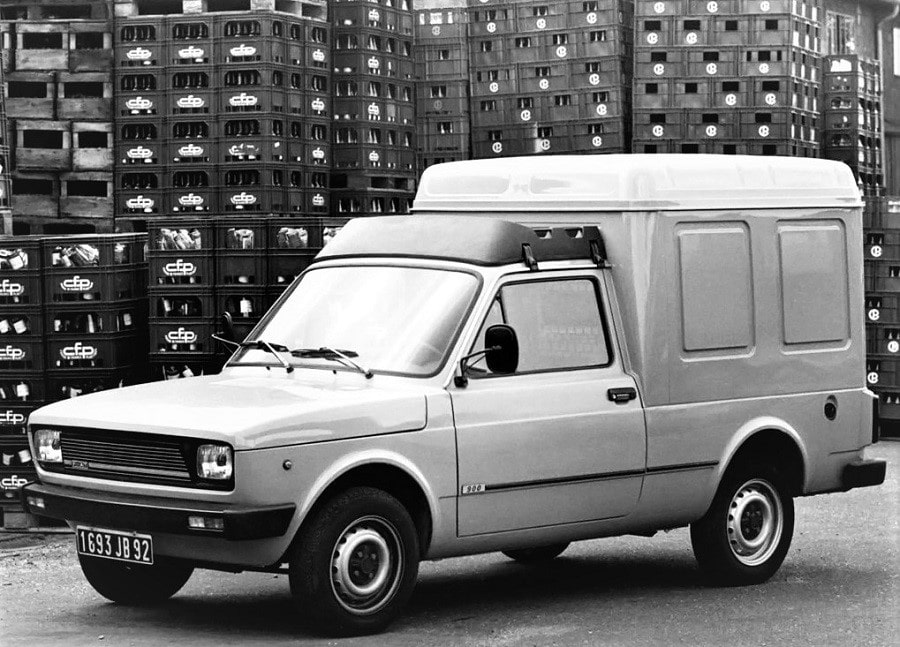 The Turin-based company, in fact, after using the numbers also for its commercial vehicles, decided in 1977 to throw the first FIAT Fiorino. Called 127 Fiorino to underline the kinship with the utilitarian, however, it has an enormous merit: that of having launched a fashion among FIAT commercial vehicles, that … of numismatics. 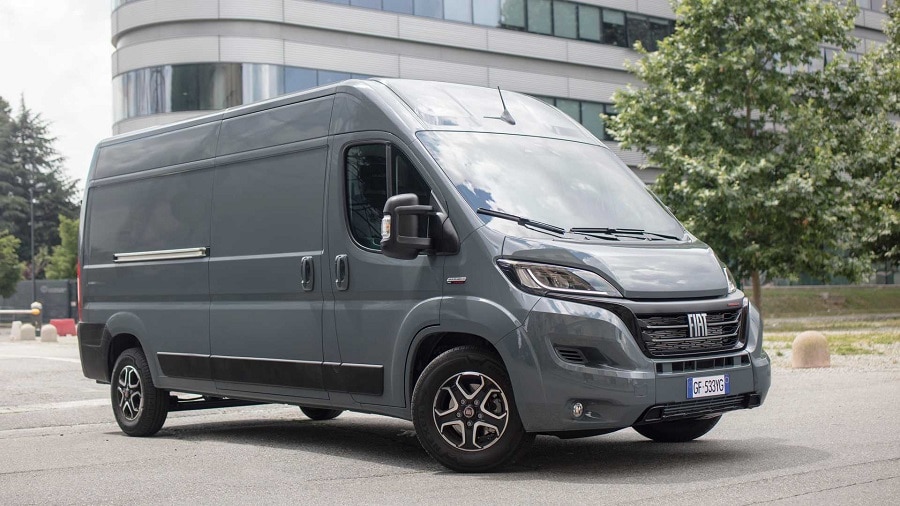 After the first Fiorino, in fact, in 1981 the first Duchy. His short wheelbase version was then called Talent, and subsequently came the Doblò, the Scudo, the Penny and the Marengo. These are always coin names, which since 1977 have made FIAT vans special. Even today, in fact, the FIAT Professional range is made up of Fiorino, Doblò, Talento and Ducato. Who knows we won’t see a FIAT Dracma, or Lira, or Sesterzo in the future …

Honda CR-V, apparently simple name but that tells everything about the Japanese SUV

There would be many cars that, behind one initials apparently aseptic and meaningless, they hide a large part of their existence. Mazda MX-5, for example, means “Mazda Experimental 5”, or the fifth Mazda prototype. Toyota CH-R, on the other hand, is an acronym for “Compact Hybrid Revolution”, which can be translated as the “revolution of compact hybrid cars”. Among the fans of “talking” acronyms, however, there is above all Honda, which for years has accompanied the classic Civic, Accord and Jazz very eloquent acronyms. 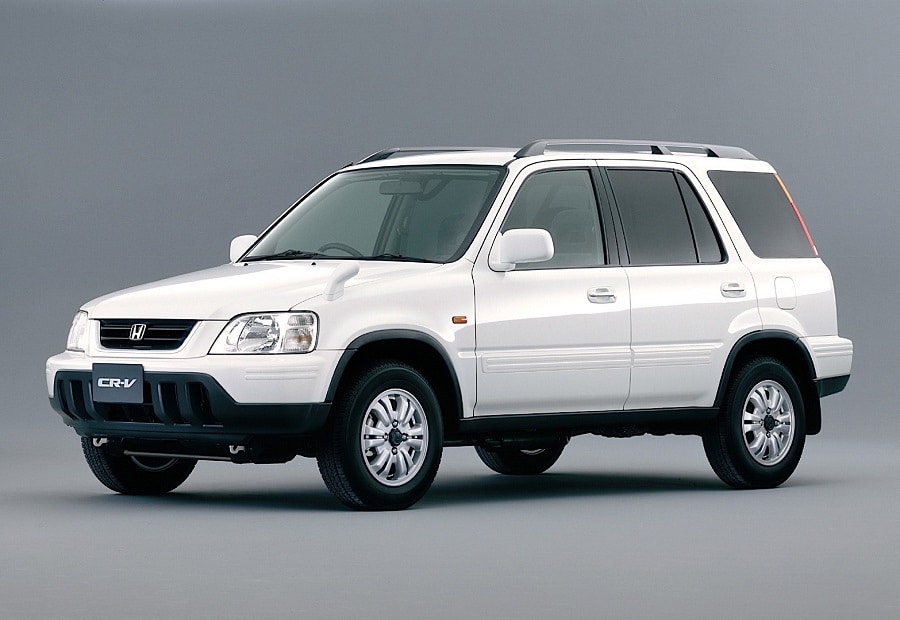 Among the strangest and most particular car names, however, between HR-V, FR-V and NSX we have chosen to tell you about Honda CR-V, the first SUV of the Japanese company. Honda arrives in 1996 after having registered a real flop. To enter the increasingly thriving SUV-off-road market, in fact, the Japanese manufacturer had launched the Crossroad, which was none other than a Land Rover Discovery 1 rimarchiato. The success of this model, the only Honda ever produced with a V8 engine, was very limited. So, in 1994, Honda decided to start designing its first SUV on its own. 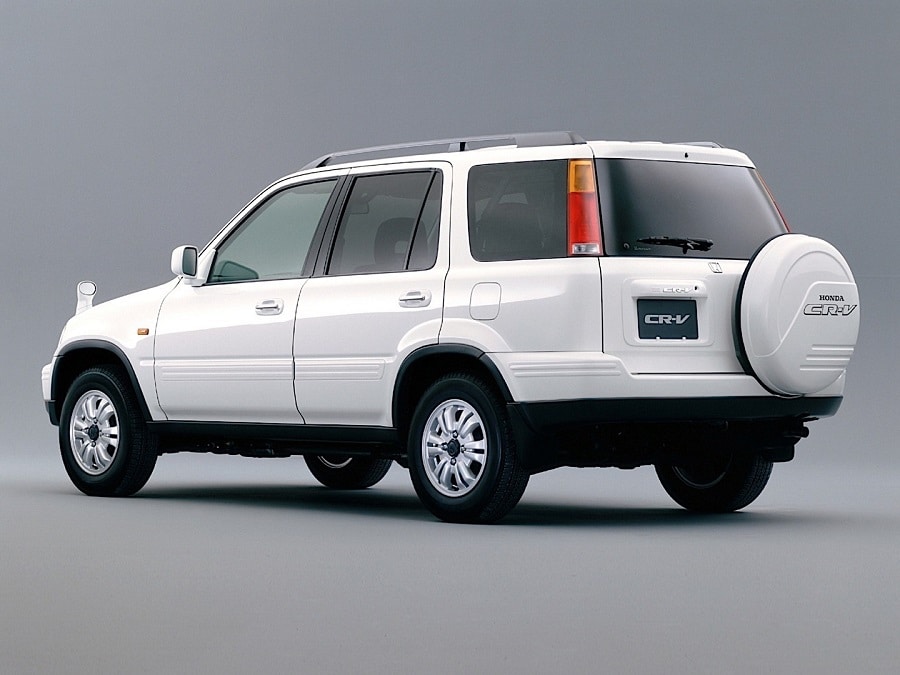 In 1996, then, Honda launched the CR-V. Totally designed and engineered in house, the CR-V was one of the first compact and easy-to-drive SUVs, and 25 years later it is still a huge success today. But you know what CR-V means? Once you discover this acronym, you will understand what he wanted to achieve with this Honda model: CR-V in fact means “Confortable Runabout Vehicle”, that is to say “Comfortable car to use every day”. Not exactly an exciting name, but exactly fitting the reality.

Isuzu Mysterous Utility Wizard: Really, we’re not kidding. Will this be the king of weird car names?

Do you remember the Opel Frontera? It is about one of the first compact off-road vehicles, born in a time when high-wheeled and capable off-road cars were the most loved and sought after. Together with Toyota RAV-4, Mitsubishi Pajero, Nissan Terrano and the like, Frontera was also trying to find his space. The project, then, was not entirely by Opel, which in fact had little experience in the field. 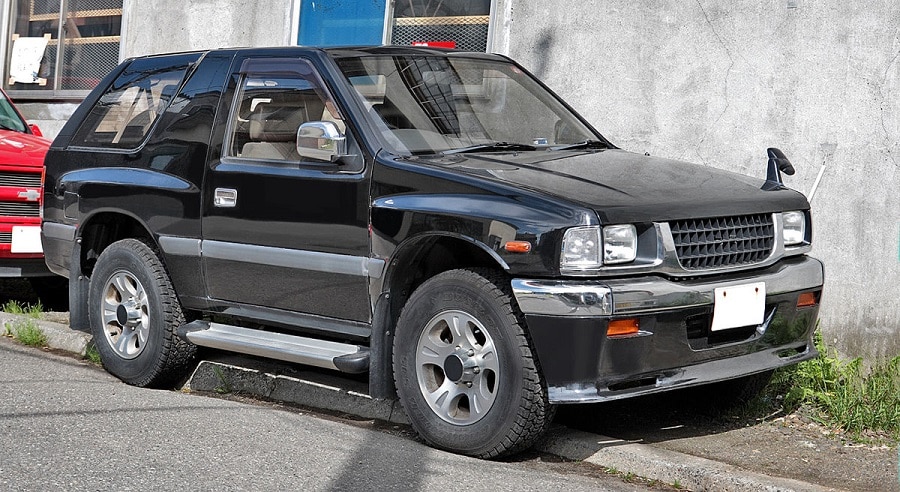 The technology and four-wheel drive were in fact the merit of the Japanese company Isuzu, which at the time was part of the General Motors Group, along with Opel. In fact, Isuzu had a great tradition of hard and pure off-road vehicles, and so it chose to launch a smaller off-road vehicle, city-friendly but capable even when the asphalt ends. His name? Isuzu MU. 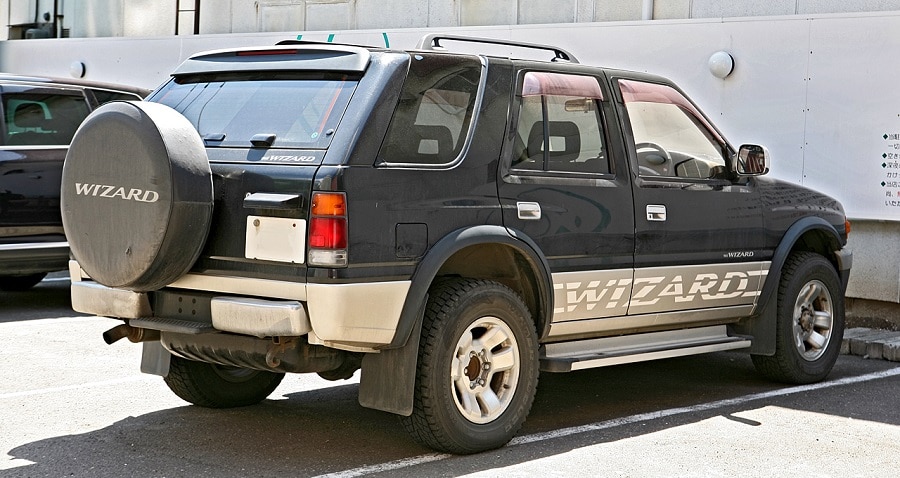 But what does MU mean? I honestly don’t understand where this “inspiration” could have come from, but the meaning of MU is, officially, Mysterious Utility. Really: a car with a “mysterious utility”. If you don’t know what it’s for, Isuzu, how do we know? But there’s more: you don’t pay for this genius, in Isuzu they also decided to launch one 5-Port version of the MU. How to call it? Mysterious Utility… Wizard. Now we are sure: the Isuzu creator was not exactly a Wizard. Luckily we had the Frontera …

KIA Pro_Cee’d, an absurd formatting for one of the most common strange-named cars in Europe

Let’s go back to talking about cars that we know pretty well by dealing with THAT. The Korean House, over the years, has had some real ones masterpieces for fans of cars with strange names: Cerato, Venga, Sedona, Rodeo, and how to forget the legendary one Opirus? 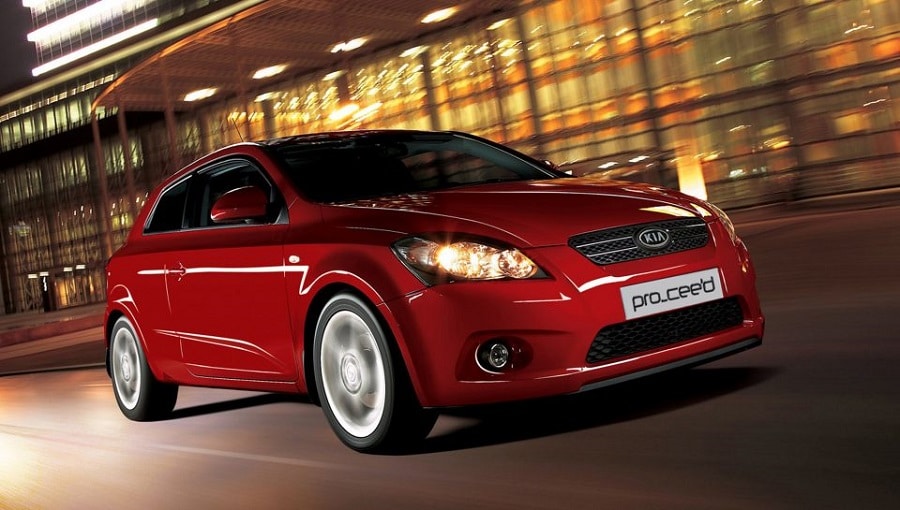 In Europe, however, excluding the little Picanto and the aforementioned Cerato and Opirus, the names of the models were more or less calm. Everything changed in 2007, with the arrival of the replacement of the aforementioned Cerato, the Cee’d. To write strictly with the apostrophe, Cee’d is a acronym that tells of the link with the Old Continent of this model: Cee’d in fact means “(Car of the) European Community with European Design”. And the apostrophe? In Kia they wanted to call their new compact taking up the initials of the European Economic Community, EEC. However, they soon realized that CEEED would have had too many E’s. 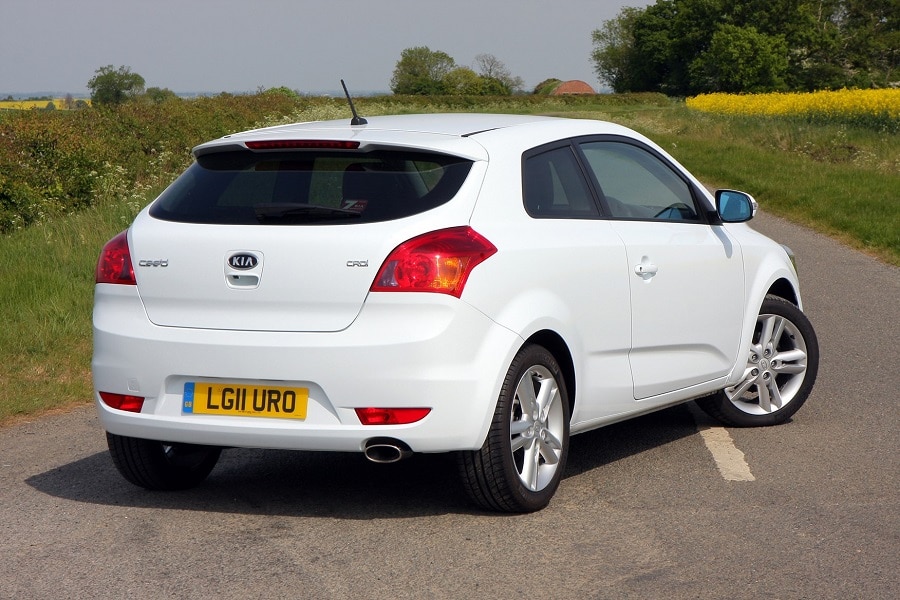 Thus, KIA replaced the third E with an apostrophe, making everything more sparkling. The icing on the cake, however, came with the 3-door version of Cee’d. This version was sportier, longer, lower and wider. It was therefore one improved version of Cee’d, a Pro version. So, KIA called it Pro_Cee’d. For the sake of all journalists and newspaper editors, though, KIA also added underscore, to make the model more modern and attractive. It goes without saying that today the basic model is called Ceed, without apostrophe, and the sports car has become Proceed, without strange punctuation. Long live simplification!

Mazda Laputa: Did They Really Do It?

You have to know that the Japanese have a passion for Latin names, especially Italian and Spanish. When it comes to naming cars, especially those on the domestic market alone, their imagination goes wild. Between Daihatsu Cuore, Daihatsu Materia, Mitsubishi Pistachio (yes, it is also wrong) and many others, we chose the one that most of all made people discuss: the Mazda Laputa. 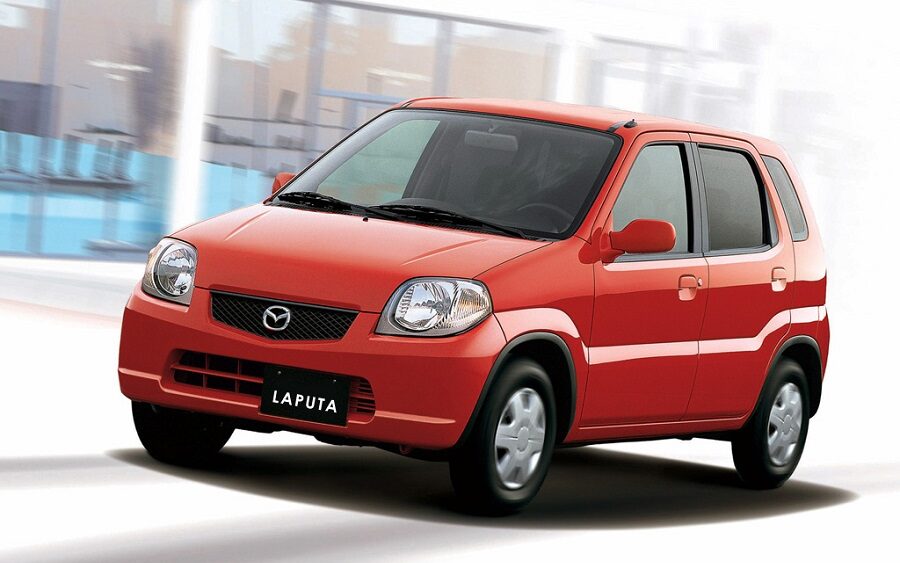 It is a small one Kei-car, or that kind of typically Japanese car that is subject to very limited external dimensions and engine rules. Length under 3.40 meters, engine with maximum 660 cm3 and 64 HP, maximum width 1.48 meters. This type of car is perfect for the huge and congested Japanese cities, where to maximize their diffusion they are less taxed and more convenient.