In Ethereum, not only the consensus algorithm will change, but also the aspects related to energy efficiency and monetary policy

“The Merge”, the name given to the event in which the merger between Ethereum 1.0 and 2.0 will take place, will take place in a few days and will be the definitive farewell to mining on this network.

The merger will finally take place between 10 and 20 September. The difficulty bomb will come with the next Ethereum update, called Bellatrix, and will drastically increase the complexity of mining. The meltdown will occur as soon as mining stops on the proof-of-work (PoW) network. Then, the new Ethereum with Proof of Stake (PoS) will take the helm.

Although mining is one of the most common topics when it comes to Ethereum Merge, it is worth considering more specific aspects that will undergo drastic changes in this network.

Ethereum will abandon proof-of-work and mining

Proof-of-work is a consensus algorithm that uses the computing power of a processor. In the case of Ethereum, graphics cards (GPUs) or ASIC devices are often used to solve math problems at high speed. Unlike PoW, Proof-of-stake relies on Ether (ETH) funds deposited by users to verify transactions on the network.

PoW is the root of mining; therefore, as soon as the merger takes place, those who want to add new blocks to the Ethereum blockchain will no longer be able to do so with the mining hardware. Instead of mining, block validators will have to accumulate ETH up for grabs to do so, whether they do it alone or in a pool.

We have previously published the statements of Vitalik Buterin, co-creator of Ethereum, in which he stated that, from the beginning, his intention was to switch Ethereum to PoS. However, the developer also acknowledges that starting with PoW was a lot wiser than starting with Proof of Stake from the very beginning of the network.

Buterin argues that proof-of-work, mining and Bitcoin 360 AI views have allowed Ether to be distributed more and better. However, the high energy consumption of cryptocurrency mining is a factor that plays against it. This is one of the main arguments against this consensus mechanism.

The Ethereum co-creator doesn’t even believe that mining powered by renewable energy is desirable. He expressed this opinion, along with other arguments in favor of proof of participation, on his website. According to him, massive use of renewable energy by miners will make it more expensive for everyone.

Ethereum will increase its electrical efficiency

Regardless of how much or how little energy Ethereum mining consumes, validating transactions via PoS takes much, much less. For this reason, the merger is estimated to reduce electricity consumption related to PF generation by 99.95%.

The computing power required by PoW to verify transactions on networks such as Bitcoin and Ethereum is, to some extent, proportional to the amount of energy it consumes. An extraction device will require more electrical power if it is required to work harder. For this reason, many environmental advocates include cryptocurrency mining among those responsible for global warming.

Despite allegations that Bitcoin and cryptocurrencies also use PoW, there is evidence that disproves these claims. We have reported on several occasions the results of research and studies that not only deny that cryptocurrency mining has the impact that its detractors claim, but that it can even help reduce the emission of harmful gases for the planet.

Much of the Bitcoin mining industry uses waste from other industrial activities to produce energy. This happens, for example, with waste from natural gas production. There are also developments related to agri-food. This is the case of CryptoGranjas, an Argentine startup that converts animal droppings into new bitcoins. This is possible thanks to biogas, which is obtained from the degradation of waste and can be used as a fuel to generate electricity. 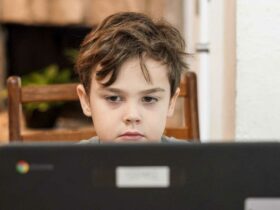 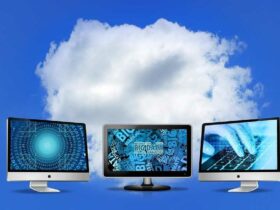