Always iMessage has distinguished itself for being an exclusive service of Apple and iOS users. And this has cost him a lot of criticism over the years, so much so that there has often been talk of a probable opening of the App towards the Android system. None of this, however, has ever really been considered. At the moment, in fact, users with an iPhone can comfortably exchange messages, which stand out on the application for the blue bubbles. Android users, on the other hand, will have the messages marked with green bubbles. In short, in a conversation it will be easy to understand who owns iMessage and who does not, because Apple and Google have decided to fight in this way.

iMessage: Apple and Google compete with each other with colored bubbles

Nothing to do for Android users who dream of accessing iMessage. Apparently, the service remains exclusive to Apple, unlike what happened to FaceTime, which has recently opened the possibility of being used even by those who do not have an iPhone. As for the messaging service, however, the Cupertino company does not seem to want to hear stories. The application can only be used by iOS users, who will see their messages marked with blue bubbles. While, as anticipated, Android users are distinguished by green bubbles. In short, we wouldn’t want to say that Apple likes to point out who owns an iPhone and who doesn’t, but in fact it is.

But color isn’t the only difference between iOS and Android users. The former, in fact, have access to all features of iMessage, while the latter can use only a small part. But more than a distinction between users, this is almost perceived as a discrimination. For its part, the company said: “Our messages protect privacy and are encrypted”. Hiroshi LockheimerGoogle’s SVP doesn’t think so at all: “Apple’s iMessage blocking is a documented strategy. Using peer pressure and bullying as a way to sell products is hypocritical for a company that has humanity and fairness as a fundamental part of its marketing ”.

And Lockheimer doesn’t seem alone to disagree with Apple’s iMessage strategy. A 20-year-old American student told the Wall Street Journal: “I don’t know if it’s Apple propaganda or just like an ongoing tribal in-group vs out-group thing, but people don’t seem to like green text bubbles very much. and they seem to have this visceral negative reaction ”. In short, this challenge with blows of bubbles does not seem to like it at all. But how will Apple think to solve it? 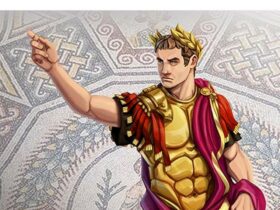 Augustus: the new Italian videogame to discover archeology in Sicily