Apple has slowed down its own plans to bring a self-driving car on the marketwhich shouldn’t come before 2026. The project, codename Titanspent several months in limbo as Apple executives realized that a car without pedals and steering wheel is not possible with today’s technologies.

The news comes from Mark Gurman, the Apple expert on Bloomberg who cites sources inside the Cupertino company. Gurman explains that Apple, after realizing that a car without any human control is not feasible in the short term, has decided to fFocus on a less ambitious project. The vehicle will in fact have a steering wheel and pedals, and will drive autonomously only on ring roads and motorways.

The goal for Apple remains to allow the driver to tackle other activities: watch a movie or play online games. On the other hand, when it exits the motorway, well in advance, the same car warns the user to get him back to driving. These features will comeor at first only in North Americaand then expand to the rest of the world.

If before Apple aimed to reach the Level 5 autonomous drivingi.e. a vehicle that does not need any type of driving input, it seems that the company is now aiming for this type of compromise.

The Apple project, according to Gurman, began almost ten years ago. But in the meantime many managers have changed, pursuing a distant goal. The current project leader Kevin Lynch instead it aims to pursue more immediate results. But even he, who was aiming for a launch in 2025, seems to have accepted a delay of at least a year.

At the heart of the new vehicle should be an on-board system (codename Denali) which should be as powerful as four Mac Pros combined. But perhaps it seems that Apple may launch a less powerful version to keep production costs down. The system should also use sensors LiDAR e radar in addition to video cameras (unlike Tesla, which focuses on webcams). Also, it should link to server AWS dedicated for intelligent navigation.

The first estimates spoke of a possible cost of 120 thousand dollarsbut it seems that the company is aiming to go down below 100 thousand. But we’ll have to wait to know for sure: there could be more changes in the next four years. 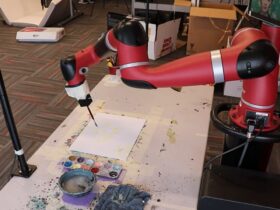