B ack to the outback return to nature, is the new funny animated film that will soon be released exclusively on Netflix

Back to the outback ritorno alla natura, is a film directed by Clare Knight and Harry Cripps.

The film Back to the outback return to nature, tells of some exotic animals, tired of being closed day and night in their cages. And above all they are weakened by the fact that humans during visiting hours look at them as if they were monsters to be kept in plain sight.

So one day some of the most dangerous animals on the Australian continent decide to run away from the zoo, to reach there‘Outback, a place where they can just be themselves. Without being criticized for their fangs, scales or jaws.

At the head of the mini group there is Maddie, a very venomous snake with a big heart of gold. To assemble the crew, we find Thorny Devil Zoe a self-confident thorny devil, Frank a little hairy spider, Nigel a scorpion to how sensitive and to the surprise of the characters too Pretty Boy a koala as unbearable as it is good.

This is how the fantastic, crazy and incredible adventure begins, through Australia, for our protagonists. Who are also being chased by the zookeeper Chaz and his fearsome mini-me. 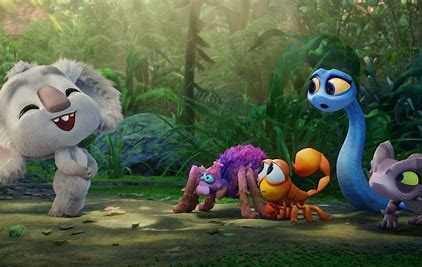 Back to the outback: ritorno alla natura

Back to the outback return to nature, will debut on 10 December in all countries where the service is active.

The original voices were lent by: for Maddie, there is Isla Fisher, an actress famous for having made many American films including I love Shopping. For Thorny Devil Zoe, Miranda Tapsel. For Frank we have Guy Pearce, known actor for the role of multiple films, including Iron Man, the Count of Monte Cristo etc, for Nigel we have Angus Imrie and for Pretty Boy we find Tim Minchin.

Without forgetting the great voice of the antagonist Chaz, who lends the infamous actor: Eric Banadinovic, among his most famous films: Troy, the king’s other woman, Hulk, etc.

Surely Back to the outback is a film purely for children, so it is expected that the cinema will be packed with parents and children but from the general public you can expect everything. Maybe curiosity pushes you to be able to buy the ticket or whoever is like me, as a big kid quite grown up will definitely go and see it regardless.

How are you? As usual your opinion is important to us, please let us know in the comments