The Justice Devil returns to haunt Asa in Chainsaw Man, having made a pact with new friend Yuko, who has decided to kill all the bullies in the school. Super Smartphone by Tomisawa / Hidano is cut on Shonen Jump

Yuko she is a difficult girl to define: the cheerful and friendly attitude that pushed Asa to save her hides a perverse sense of justice. For this, the student made a pact with the Justice Devil, to kill the students of their school. And in this way, the Devil returns to haunt Asa and Yoru.

The second part of Chainsaw man continues to surprise and subvert all expectations. Even seemingly normal characters soon reveal over-the-top behavior, and gory death is omnipresent in every chapter. In a nutshell, the manga is confirmed as a masterpiece.

Asa was convinced that she had found the first, real possibility of friendship with the partner of the Devil Hunter Club. But the Justice Devil’s intervention ended this faint hope. The Devil possesses perfect foresight power – what does Asa have in mind to stop him? We’ll find out next week, with the simulcast chapter on MangaPlus. Not only Chainsaw Man: other Highlights of Shonen Jump

Victim of the month Shueisha this time it is Super Smartphone, the debut work of the duo Hiroki Tomisawa and Kentaro Hidano. The title was rapidly descending in the ranking of approval, yet, unlike others, it was presented as promising.

The story of Q has evolved rapidly, with the entry into the field of other owners of the mysterious Super Smartphone and the beginning of a mental game where, as we have seen with Moura, you can even die. The last few chapters have also seen appearing mysterious characters that seem aliens.

All of this doesn’t seem to have been enough to keep the series on Shonen Jump going. However, the story does not end there: Super Smartphone will continue in one dedicated graphic novel. 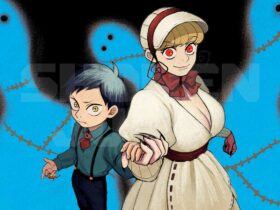 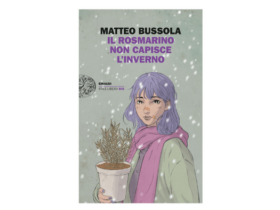