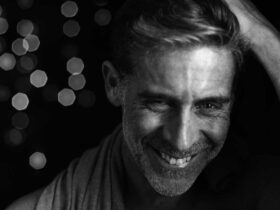 Is it photography that shapes the photographer? | Interview with Jorge Reynal

The Coronavirus pandemic that has hit all the countries of the world has triggered a health emergency that puts us in front of scenarios never seen before in our century. Scenarios documented by photography and which will mark history

We were not ready, not as Italian citizens, but just as human beings for what is happening these days. In the 21st century to live, face and witness what we are witnessing in recent months with the health emergency underway due to the COVID-19 virus is simply out of any possible prediction. At school we read in the history books of pandemics, emergencies due to earthquakes, wars and social battles, we memorized the verses of Manzoni in the work The betrothed in which the massacre of the plague is told, some will have loved the thirty-fourth chapter with the harrowing story of Cecilia and her mother but, it all seemed very far away, already happened, ended, until the story decided to repeat itself, as it has always done.

The questions we now ask ourselves therefore also relate to what face the world will have when all this is over. What will we remember from this period? How will we tell this to children and grandchildren? How can we say that in the 21st century we have been locked in the house for a month or more, reduced to aperitifs on a platform that may not even exist anymore and which is called ZOOM?

In a scenario so different from the usual one, photography and its ability to tell the world even in the midst of the Coronavirus always intervene on time. Many photographs, and not just images, are already circulating in our daily life, they come directly from the media, and from all means of dissemination of information, official and unofficial, moving around the world for the strength and suggestion that they carry inside even with help. the speed of the web. But what photography tells at the time of the Coronavirus?

The photographs from the Vatican, the Holy See, and where the choice of Papa to continue to carry out some functions, blessings and masses in St. Peter’s, is an expression of the willpower of man who, despite there being a desert scenario around him, does not stop. The first photograph dates back to March 15, when one Sunday afternoon the Pope left the Vatican for a private visit dedicated to prayer at the Basilica of Santa Maria Maggiore.

A photograph that has been socially discussed both in terms of the moment in which it is being lived and with an adjoining national lockdown, which has the merit of creating a lot of suggestion in those who observe it especially for how it was taken. A wide angle that serves to shoot via del Corso unusually without traffic of cars and people, with the Pope walking at a distance from the staff in a suit that stands out from the usual city context. But this was only the beginning. The photograph that made the whole world hold its breath was taken a few days later, on March 27, while on the afternoon of rain the Pope celebrated mass in a deserted and wet St. Peter’s Square, walking through it in solitude to impart the blessing. Urbi et Orbi. 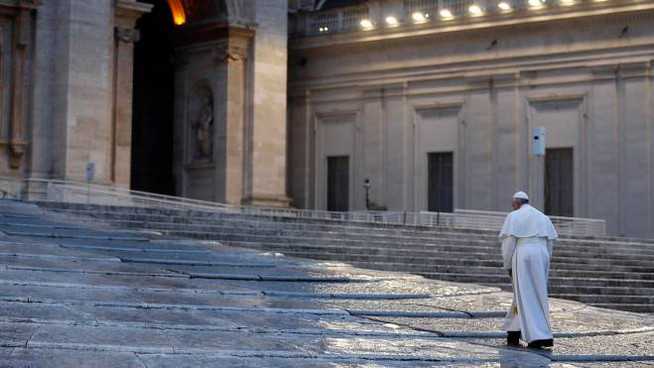 The shots taken by the drone are then beyond any religious belief or secular thought, they have certainly left behind them reflection precisely on the fact that we had never seen something like this before. There is an almost cinematic choice in this series of photographs, with shooting exclusively from drones, given the impossibility of access for journalists and photographers, these sequences that catapult directly into what is described in Angels and Demons of And brown. These very precise communication choices, nothing left to chance either. Also in this case a wide-angle wide angle is inevitably preferred to further increase the concept of solitude within a space that has never before been seen deserted.

Precisely in relation to the suggestion aroused by these shooting techniques, in recent weeks videos and still images taken from aerial shots with drones of all the main cities of the world are circulating. They tell the story of deserted urban centers, with traffic lights that work without anyone, clean streets and plunged into total silence. Another situation in which the choice of photographic and directing technique is that of a high-angle, wide-angle observation point that best of all captures the breadth of spaces without people and movement.

A health emergency still undeclared throughout Italy, but with a still partial lockdown, we experienced another unusual moment that was obviously documented, namely the Milan fashion week in which Giorgio Armani has chosen to show its models and models behind closed doors. Another suggestive moment, of which not only the photographs speak but also the complete video of the fashion show which obviously remain the only documentation of the artistic and fashion performance. No one in attendance to be able to tell of having experienced the emotions of that show. Another situation, which although it occurred previously to the images of St. Peter and the deserted cities, has as its great protagonist the absence, the lack and the emptiness, a prelude to what we would experience in the weeks to come.

Alongside this, there are much more dramatic photographs that remind us instead of the victims who brought this health emergency. The photographs of the Italian army taking the coffins out of Bergamo because the city was no longer able to house them was a further shock to the world as to what was happening here in Italy. 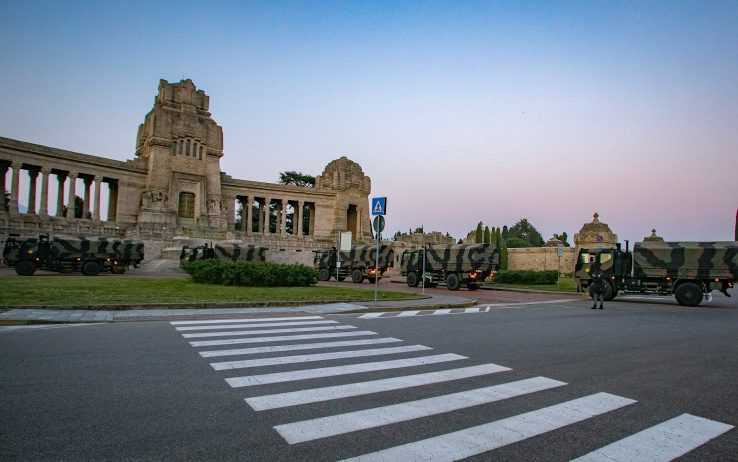 A punch in the stomach arrived in the night when these images began to circulate in online newspapers and on social networks, taken by hand from the balconies of the houses that were above the cordon of military trucks. Everything became official the following morning, broadcast on television news and published in the newspapers. Another aspect that is characterizing this health emergency is precisely the quantity of images that come mainly from smartphones and from public citizens, who publish and send what they see. Even stronger are those from hospitals, taken by nurses and doctors at the end of the shift, who better than others can tell in no uncertain terms what is happening.

This obviously happens because in a total stalemate, a certain type of audio visual communication also slows down, so there are fewer technicians, photographers, videomakers, video reporters who can circulate freely and make in-depth reports. Therefore we also rely on what comes from people, from what they live and see.

Photography as a narrative of a changing world

This extensive photographic evidence it helps us to realize also from the outside that the world has had to stop and make changes. As always happens, photography becomes a documentation even for those who are experiencing something and therefore do not realize the overall vision. As with other past events, we wonder what will remain of these images. Will they be a way to make the world reflect or are they suggestive only now, in the moment we are living?

We return to a period in which photography becomes the main information medium for citizens and consequently it also returns to being the most delicate and dangerous instrument. With the consequent hope that the press media will use it impartially and informatively and that they will also know how to objectively evaluate those that arrive spontaneously and artisanal.