During the last State of Play, the official release date of Death Stranding Director’s Cut has been confirmed, which will debut after the summer

Among the surprise announcements issued on the occasion of the Summer Game Fest, we can undoubtedly include the one relating to the existence of Death Stranding Director’s Cut, anticipated during the event by Hideo Kojima himself. The trailer in question, although certainly interesting and bizarre, had in no way anticipated what would be the contents of this revision of the title of 2019, nor an official release date. Therefore, it has been thought of to raise the curtain on these elements State of Play held by Sony just in the last few hours.

The new trailer dedicated to the work of Kojima Productions has served to outline what will be the new contents present in this re-edition, which they will understand new battles and new enemies to fight. Among these there is also a huge worm-shaped CA. Even the hand-to-hand combat will see improvements, and will also be added new weapons, such as the Master Gun and machine gun turrets. Also present a shooting range, which will allow players to hone their skills in firefights.

Of course, given the nature of the title, the delivery system has undergone some changes, thanks to the presence of Cargo Catapult, which will make it possible to deliver the cargo over a long distance. The Support Skeleton, which will allow us to be able to transport additional material, as well as the Buddy Bot, able to guarantee greater mobility. Space also for vehicles, which through the Jump Ramp will be able to take huge leaps, while the Fragile Circuit will allow us to let loose in car races. Obviously there will also be some completely new story missions.

All nice, therefore, but when will it come out? There release date is set for next September 24th, and we at TechGameWorld.com are curious to know if you intend to buy the new incarnation of the latest effort by Hideo Kojima.

And if you are in the mood for shopping, and looking for other games at a discounted price, our advice is always to visit the Instant Gaming pages. 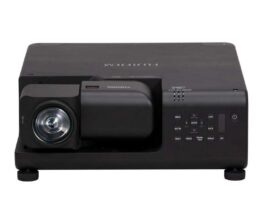