But exactly what is the Metaverse? To hear CEO speeches like Mark Zuckerberg (who changed the name of his company from Facebook to Meta), is the “future of the internet“. A concept so broad that you run the risk of getting lost. This is why we wanted to write this article which tries to group everything you need to know about the Metaverse, or at least everything you need to know to be able to discuss it. To understand if we will really have to decide the look of ours in the future digital avatar.

Metaverse: everything you need to know

In researching information for this article we read this line on Wired.com: “Talking about the metaverse is a bit like having an internet discussion in the 1970s.” Everyone more or less knows what they are talking about, everyone knows that there is enormous potential in this concept. Both economic and social. But predicting the technology of the future in advance is really difficult. We love talking about the times when science fiction gets a prediction right but we don’t remember the many times when it is completely wrong.

So, the first concept to keep in mind is that even the CEOs of Meta, Microsoft and Apple cannot accurately predict the future. But in any case, right now a lot of companies are investing to make this metaverse a reality. So in the next few years we technology enthusiasts will undoubtedly talk about the metaverse, even if today’s forecasts are not certain they will come true tomorrow.

That said, let’s start with the basics:

What is the metaverse?

The term “metaverso“Was born in the book Snow Crash, from Neal Stephenson. The term indicates a virtual reality accessible via a digital avatar on the internet, where you can access shops, offices to work, cinemas where you can watch movies in streaming. But the concept itself has been revisited by works such as Ready Player One from Ernest Cline and many other products, too many to name. However, with a good approximation, you could also replace the term with the ‘Cyberspace‘ from Gibson in Neuromante: it is a world in which people interact directly with digital entities. Something the ‘Cyberpunk’ world has always imagined.

The concept of the metaverse is so broad that it can be applied to different situations. Include la virtual reality: digital worlds in which to interact directly via avatars. But also the augmented reality: for example using AR glasses that allow you to ‘click’ on a billboard in the real world and get to the site to buy the product. But they may also have nothing to do with either of them, at least for now: if using your PC you participate in a business meeting in a virtual environment, with some colleagues represented by avatars, you are technically in the metaverse. Although to you it will seem like another of the thousand meetings on Zoom.

This concept of direct interaction with virtual elements ehas existed for some time. Think of gamers moving in GTA or Fortnite, where you can also buy digital products for your avatars. VR headsets allow you to enter virtual homes. Pokemon Go players interact with digital animals by walking real streets.

The difference is that the metaverse wants to connect all these different virtual worlds into a single experience. A bit like internet is the name we give to the digital thread that unites the TV series on Netflix with the motorization website and chats on WhatsApp. It therefore represents a new way of interacting with the digital world, which becomes more and more part of everyday experience.

The technologies needed for the metaverse: are holograms our future?

As we said, defining the metaverse is not an easy thing to do. The possibilities are so many that it is difficult to have a clear and unique vision of what this concept means in practice. It may therefore be useful to think of this definition “negatively”: what is not metaverse?

If four friends play cards online using their laptop to choose which card to play, they’re not in the metaverse. They are simply playing online, something not new. But what if the same four friends wore gods viewers for the virtual or mixed reality (XR), throwing cards on a digital table and looking into the eyes of their avatars?

While most metaverse experiences are currently accessible even without headsets (video calls on Teams, visiting 3D worlds, and purchasing virtual items), holograms they are the main difference with the internet we know today.

For the future of the metaverse, therefore, viewers are needed for augmented (AR) and virtual (VR) reality, which together form mixed reality (XR). At present, Microsoft with HoloLens and Meta with Oculus are two of the best known companies that produce viewers of this type. But there are already many applications for those who work (especially smart glass in AR) and in the future they will be even more. Apple is about to launch its own headset and many other companies are developing proprietary technologies. 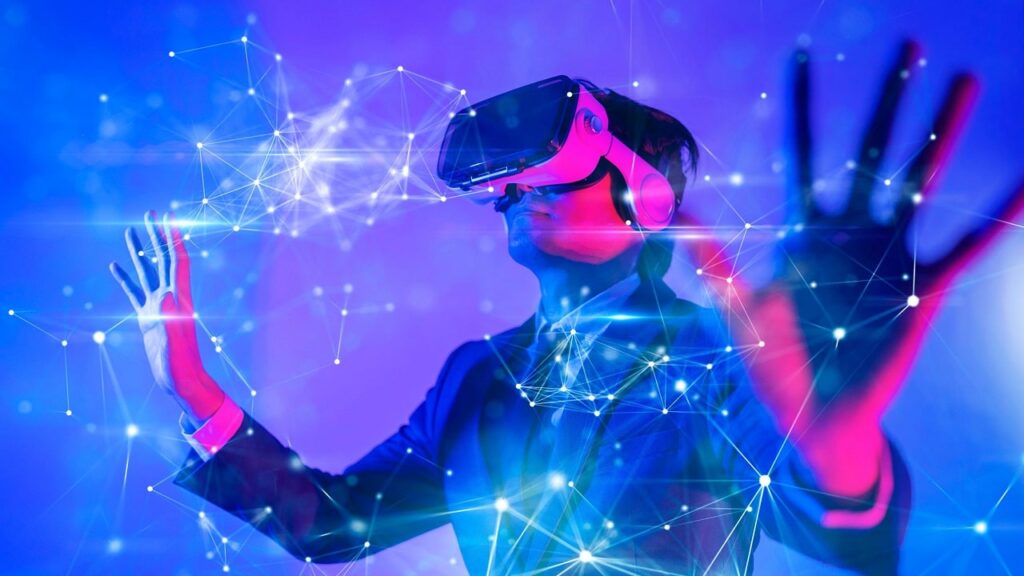 The possibilities of this technology (and current uses)

If the viewers for mixed reality were to evolve enough to make the ‘natural’ metaverse and within everyone’s reach and if network infrastructures can support a digital world, the possibilities are endless. Currently, several companies are targeting different versions of this metaverse:

But all of these are not separate and non-communicating products. Meta also thinks about the world of work, as well as Google and Apple, which are all working to provide video calls in VR like Microsoft and possible virtual meeting places like Meta. The technologies developed by individual companies will “positively contaminate” the others, accelerating this development.

At the same time, smaller realities are also creating virtual worlds like Earth 2, a digital copy of our Earth. Where can you buy soils and objects in NFT, with some companies already investing heavily. Even if we must keep in mind that buying virtual objects means not only investing in the future of the metaverse, but also in future of that particular platform. At least for now, there are no projects that see the use of the same avatar in every corner of the holographic internet of tomorrow. If you buy Nike shoes on Roblox, you can’t wear them on Meta’s social network, at least for now. 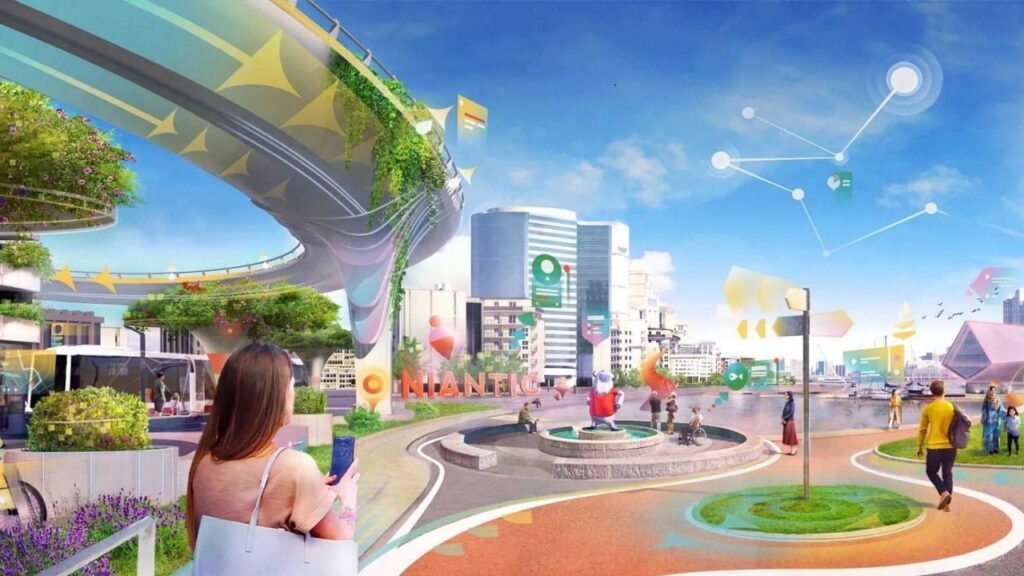 An enhanced version of the internet, or something new?

We recently wrote about how the stock market really believes a lot in the metaverse. The shares of Meta, Epic, Nvidia and many companies that are building the technology that will make this leap forward in the virtual world possible are growing. And so many are also investing in digital assets, such as land in one of the virtual platforms. In the hope that they are the ones that will become predominant.

But at the moment, it seems smarter to invest in infrastructure (headsets, networks, technologies to make the metaverse possible) rather than in a single project. A bit like in the 70s-80s, where investing in Microsoft and Apple for computers was a better investment than point to a single website. Predicting which platform will become the main one would have been like predicting Facebook’s success when Zuckerberg was still a student. But focus on the fact that the companies that build technological products today they will still do it in ten to fifteen years it’s easier. Although less profitable.

Beyond the investments, at the moment understanding what face the metaverse will have becomes difficult. It could become a “Supplement” to the use we make of the internet today. We may still prefer to do the meetings on Zoom but we would be happy to become digital avatars to shop online and try on clothes.

Or one day tomorrow Apple’s XR headset could replace the iPhone through and through, with virtual and augmented reality becoming the way we interact on the internet. At the moment, it is impossible to know. Because as much as companies can predict the products they will launch in the next ten years, no one can say for sure what the company will be like. Predicting technology is possible, predict how we will use it it is not.

The news of mobile gaming 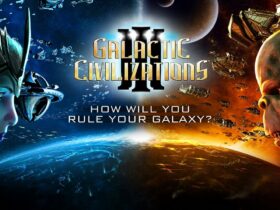 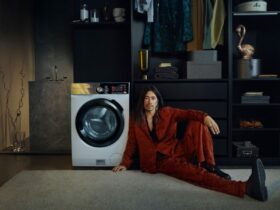 Roblox: The game is down with no information from the developers