In the past few hours, Electronic Arts has unveiled the official overall of FIFA 22: let’s find out together the 22 best players of the title

The new chapter in the most played football simulation series of all time is about to arrive. FIFA 22 is expected on PS4, PS5, Xbox Series X | S, Xbox One, PC and Google Stadia starting from October 1st, while if you have pre-ordered the Ultimate Edition you can start playing from September 27th. Since the announcement, the game has been the target of controversy, especially regarding the fact that the “next-gen” version of the title will not be available on PC, which will mount that last-gen. Despite this, however, the hype has still risen to dizzying levels as Electronic Arts has unveiled its many innovations. This year the company will have to deal with Konami’s change of course, which instead of a new PES will release eFootball (all the details here), and we will therefore find ourselves facing a decidedly atypical competition.

After yesterday’s announcement of the first three Icon cards of the FIFA Ultimate Team mode, today Electronic Arts instead showed the official overall of the 22 best players in the game. In reality, the official ratings of FIFA 22 have been revealed in their entirety, but we know very well that you are interested in the strongest, just like us. We drop you an official tweet from EA’s channels right below.

FIFA 22 here are the official overall: who are the best players this year?

Needless to say: at the top we find a Lionel Messi (93) still in great shape. Second step of the podium dedicated to Robert Lewandowski (92) and third a Cristiano Ronaldo (91), followed by a tie by Kylian Mbappe (91), Kevin De Bruyne (91), Neymar (91) and Jan Oblak (91). You can see the complete list in the images published together with the Tweet from the official Electronic Arts channels.

The official overall have also been published, which have given us the opportunity to see who will be the best FIFA 22 players, we just have to keep waiting for the game while keeping an eye on all the upcoming news. What do you think of it? Write it to us below in the comments, we will continue to keep you updated with all the news, guides and reviews on videogame and tech! And if you are interested in game keys at advantageous prices, we recommend that you take a look at the InstantGaming catalog! 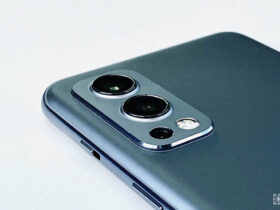