Today is a day of mourning for the world of Formula 1. At 79 he died Sir Frank Williams, founder of the F1 team of the same name. Example of self-denial, willpower and confidence in one’s own means, the name of Frank Williams will forever remain in the history of motorsport. The latest exponent of the great sporting page of independent teams, Williams has always embodied the purest soul of Formula 1. After difficult years from a sporting and health point of view, the English Baronet still leaves his greatest legacy, the Scuderia. Williams Racing still in business today.

The story of Frank Williams, from the beginning to the determination to overcome a failure

Born in South Shields, in the north of England, in 1942, Frank Williams took an interest in the world of motors from an early age. After embarking on a short and unfortunate career as a pilot, in 1966 he founded his own team, Frank Williams Racing Cars. After several years in the minor formulas, with many victories in Formula 3 and Formula 2, Williams attempted the great leap into 1969 landing in Formula 1.

In 1969 he raced with a used Brabham, while in 1970 he made an agreement with the Italian-Argentine manufacturer From tomaso for the arrival of the House in the Regina Class. This collaboration turned out to be a disaster, and after the abandonment of De Tomaso in 1971, Williams made an agreement with another company in 1972. It is the Iso Rivolta, who embarked on another unfortunate adventure. To know the stories of these two adventures, you can find the articles dedicated to De Tomaso and Iso Rivolta at the bottom of the page. 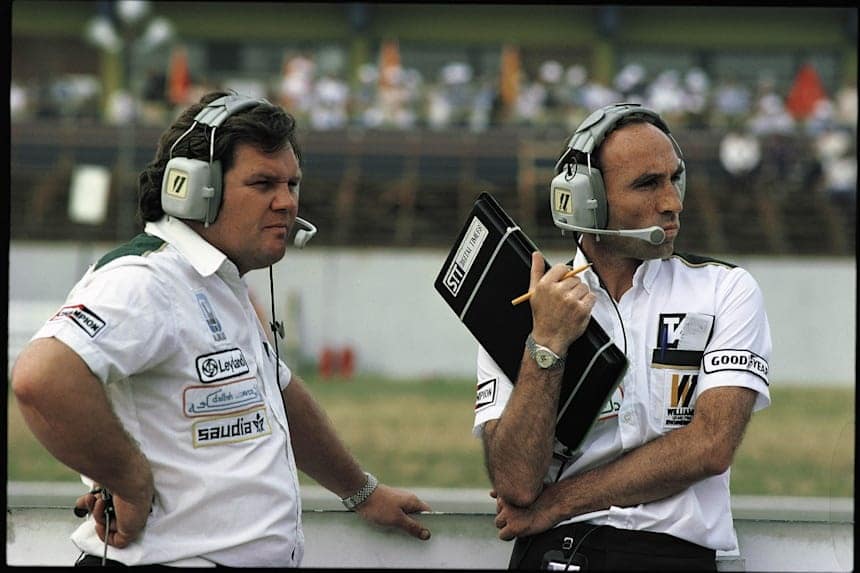 And this will be the leitmotif of Frank Williams’ first experience in Formula 1, unfortunate adventures. In 1976, in fact, Williams sold his team to the oil magnate Walter Wolf and the following year he decided to leave “his” team and refound a new team, the Williams Grand Prix Engineering. He was followed by his lifelong companion, engineer Patrick Head, but this new adventure soon became very successful. In 1979, Williams took his first win with Clay Regazzoni, and then win i first two World Drivers Championships in 1980 with Alan Jones and in 1982 with Keke Rosberg and receive two World Constructors’ Championships in 1980 and 1981.

In 1986 the accident, but Frank Williams does not give up: the 90s that saw Williams world power

After these successes, Frank Williams’ stable found its place in thealtar of Formula 1. After a few seasons of confirmation, however, the life of the founder was upset by a very serious accident. In fact, in March 1986 Williams suffered a very serious road accident in France, by going to the Paul Ricard Circuit. The car Williams was driving overturned, and because of one Spinal injury the English manager lost the use of his legs. 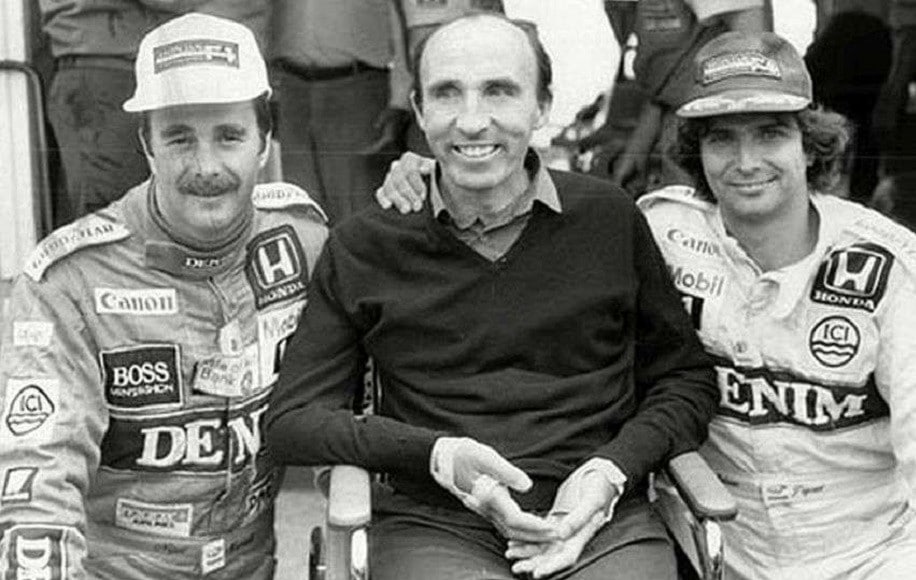 This very serious accident though did not stop the Williams ride. Frank Williams in fact continued to hold the reins of the team despite being confined to a wheelchair. Overcoming all difficulties, over the next 10 years, the Grove stable became a real world force. Between 1986 and 1997, lin Williams he won 7 Constructors ‘World Championships and 5 Drivers’ World Championships. This era was also soiled by the death, at the 1994 San Marino Grand Prix, of Ayrton Senna driving a Williams FW16. 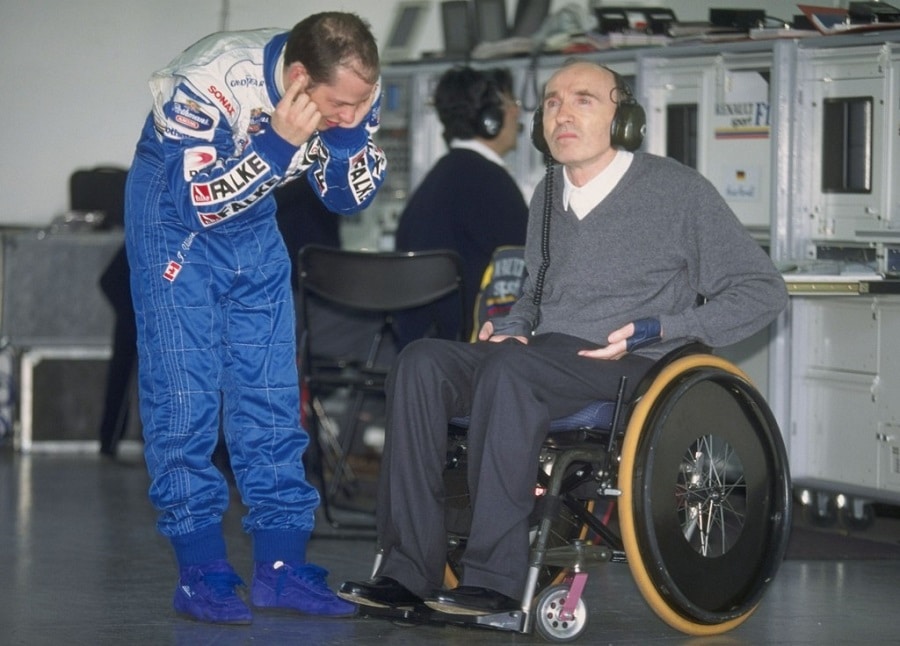 After the World Championship won by Jacques Villeneuve nel 1997, Frank Williams’ team could no longer return to the world level. Moving from co-ownership with BMW from 2000 to 2005, confirming itself at high levels but never excelling, in 2006 Williams returned to being an independent family-run team. In these years, however, Williams faced hard times with low competitiveness, economic problems and sporadic flashes of glory. To remember, for example, the pole position at the 2010 Brazilian Grand Prix of Nico Hülkenberg O the last victory in Williams history, that of Pastor Maldonado at the 2012 Spanish Grand Prix.

The legacy left by Frank Williams: his team hopes to return to the glories of its founder

After a period of economic hardship, Williams sold his stable after 43 years to the Dorilton Capital fund in September 2020. 4 decades and 16 World Championships won for the first time. Frank Williams, named Sir in 1999 by Queen Elizabeth II, still had time to see the last podium of his beloved team, in the controversial 2021 Belgian Grand Prix with George Russell, the last great driver discovered by the team. Finally retired to private life, Frank Williams left us this afternoon, surrounded by the affection of family and daughter Claire, Team Principal in the team in the last years of Williams management.

The whole world of Formula 1 is in mourning, and remembers one a figure who still inspires millions of people today for his determination, self-denial and the willpower he demonstrated to achieve the goals that moved his life. After his death, there are many drivers and personalities in the history of Formula 1 to gather around the Williams family. 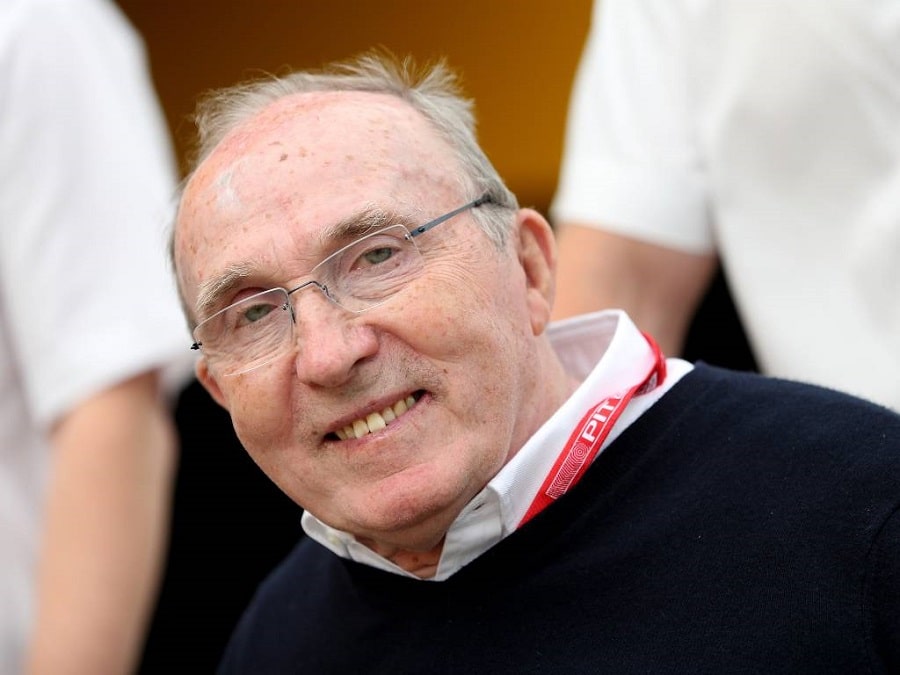 “It was a real one giant of our sport that has overcome the most difficult challenges in life and has fought every day to win on and off the track. His incredible achievements and his personality will be imprinted forever in our sport, ”he said Stefano Domenicali, CEO of F1. It follows him Jost Got it, managing director and team principal of Williams, the founder of the team. “Was one of a kind and a true pioneer. Despite the considerable adversities in his life, he led our team to 16 World Championships, making us one of the most successful teams in the history of the sport. His values, including integrity, teamwork and a proud independence and determination, remain our team’s core ethics and legacy, as well as the Williams family name under which we proudly run. ”

Today, we say goodbye to the man who defined our team. Sir Frank was such a genuinely wonderful human being and I’ll always remember the laughs we shared. He was more than a boss, he was a mentor and a friend to everybody who joined the Williams Racing family and so many others. pic.twitter.com/bWpFivpkmi

Finally we report the words of George Russell, current Williams driver and team star. “Today we salute the man who defined our team. Sir Frank was one truly wonderful persona and I will always remember the laughs we shared ”. He was more than a boss, he was a mentor and a friend for all those who joined the Williams Racing family and many others. “ The figure of Frank Williams is loved by every true Formula 1 fan in the world, and will be sorely missed in this world.. In a Circus that has become less and less romantic, Williams will remain a legendary and beloved figure throughout the history of this splendid sport.

Don’t miss the latest articles from the engines editorial team!