Futura, a film by Lamberto Sanfelice dedicated to the world of jazz, will be in cinemas from 17 June. In the cast, Niels Schneider, Matilde Gioli, Daniela Vega and Aurora Onofri

Italian films were the most resistant to the pandemic and the “temptation” of streaming. And among these certainly falls Futura, the new film by Lamberto Sanfelice. After a dazzling debut with Cloro – nominated for the David di Donatello and the Globi d’oro 2015 awards, the director goes back behind the camera to tell the story of a jazz musician looking for a second chance.

Loius – this is the name of the protagonist – has now forgotten his dreams and has decided to abandon his career as a trumpet player forever. He makes ends meet by being a night taxi driver and peddling cocaine with Lucya, a Chilean transsexual who is now his only friend. His relationship with his wife and daughter has also deteriorated, due to Louis’ sense of frustration and his unresolved relationship with his father figure, a renowned jazz saxophonist. 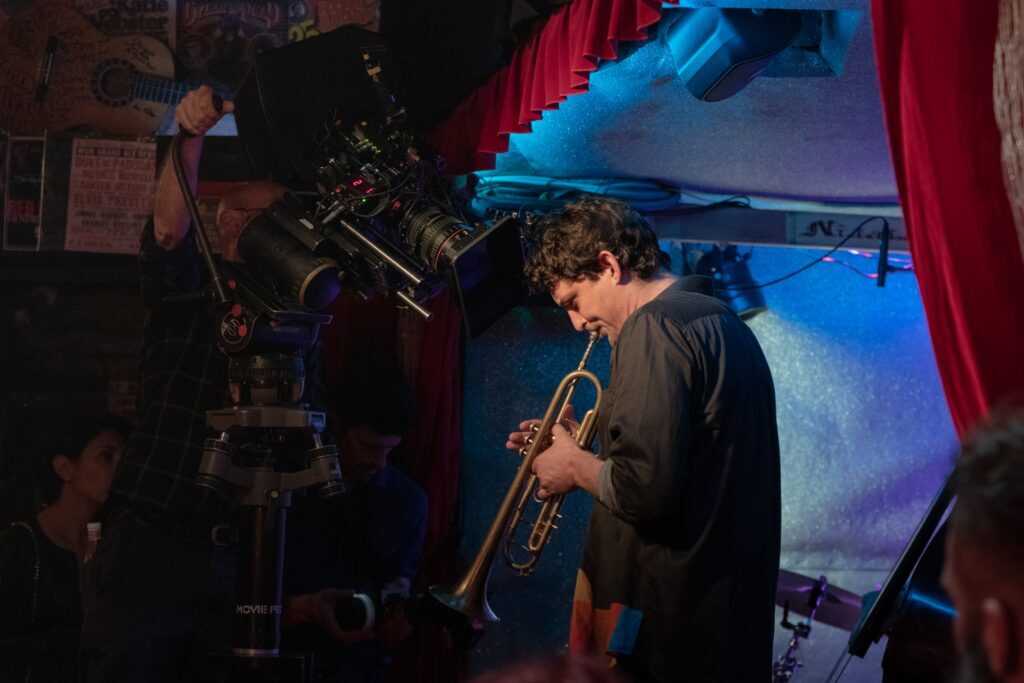 His chance for redemption comes when an old friend of his father’s offers him to join his band for an important concert. But leaving behind the world of drug dealing is difficult, and the protagonist will fall into a vortex that will lead him to put his daughter at risk.

Futura: jazz in the new film by Lamberto Sanfelice

The idea for such a complex and particular character came from a meeting of the same director:

One day walking down the street I heard a trumpet playing jazz to discover that the sound of the instrument was coming from a taxi driver sitting in the driver’s seat in his vehicle stopped at the taxi stand. From this image some questions arose: why had this man stopped playing music? What would have happened if the taxi driver wanted to go back to pursuing his passion for jazz?

The figure of Louis’s father, on the other hand, is inspired by the musician Massimo Urbani.

The cast consists of Niels Schneider (I killed my mother and Les amours imaginaires), Matilde Gioli (Il capital umano, Doc – Nelle tue mani), Daniela vega (A fantastic woman) and the young Aurora Onofri. Next to them, two prominent names of the Italian and international jazz scene, Stefano Di Battista and Enrico Rava, also authors of the original music of the film together with Lorenzo Cosi and Giovanni Damiani.