H arry Potter, returns to the big screens from 9 to 12 December. The great television saga that has warmed the hearts of millions of viewers returns to the cinema

Harry Potter was born as a literary saga of the fantasy genre, by the famous writer JK Rowling. Saga focused on the adventures of a young wizard, Harry Potter (Daniel Radcliffe) and his two best friends Ron Weasley (Rupert Grint) e Hermione Granger (Emma Watson), all three students of the School of Magic of Howgarts.

The saga was written when the Rowling still had 29 years old, e it was rejected by 12 publishing houses. Until, after many years, the Bloomsbury, a publishing house little known at the time, accepted the manuscript that came out on June 25, 1997. 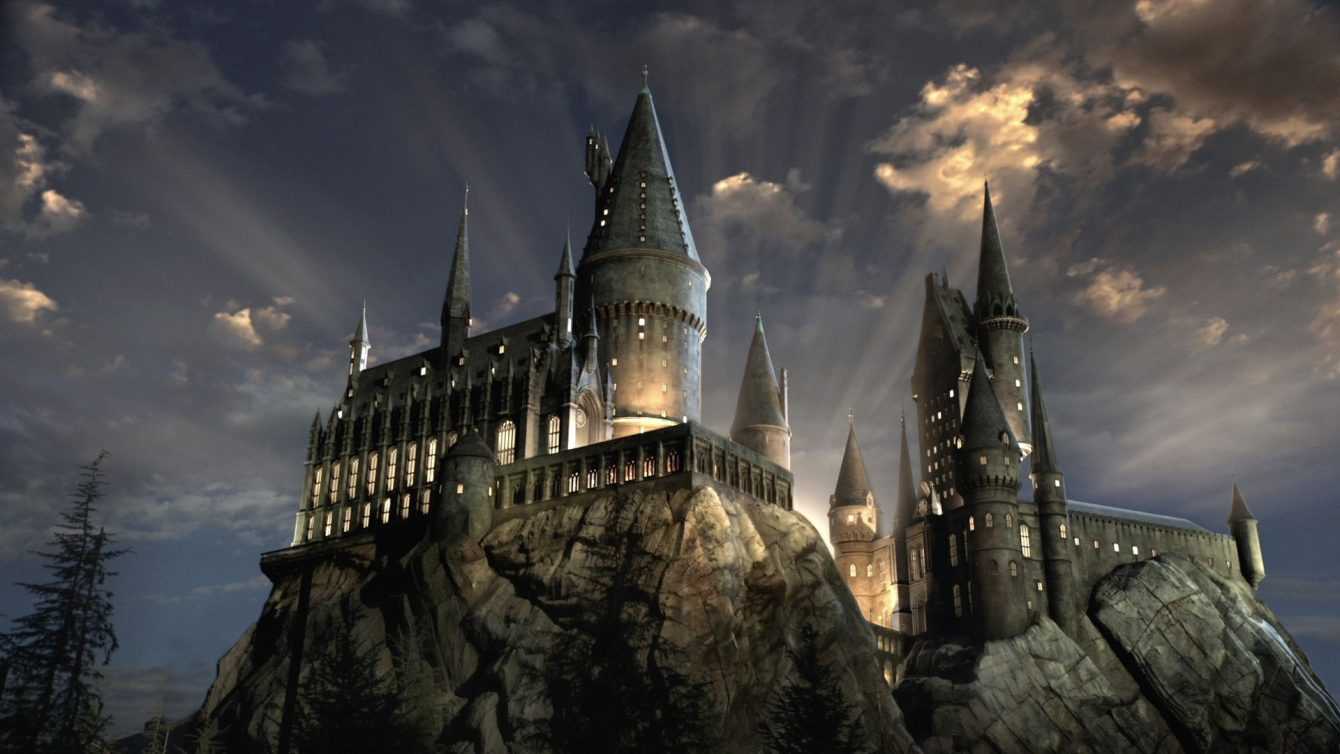 After the publication of the first book of the saga, the fans went crazy, and the book became immediately best international seller. It has sold millions of copies, has been translated into 77 languages ​​of the world, and the Rowling she became the first female writer to have sold so many copies.

Which is why she became the second richest person in the UK after Queen Elizabeth.

And from a first book there was immediately a second, and a third, and a fourth, a fifth, a sixth and a seventh. And known its great success, the books turned as if by magic into films.

Below we propose the titles in order of release:

Harry Potter and the Philosopher’s Stone

In Italy on December 6, 2001, in cinemas was released for the first time Harry Potter e the philosopher’s Stone.

The first chapter of the saga most loved by the amateur public, it is Harry Potter and the Philosopher’s Stone.

Harry Potter, at the age of one year, he is orphaned of his parents, James e Lily Potter, and is left by the professors in custody in front of the house maternal uncles, and his cousin. With the hope that one day, Harry may be an amazing Hogwarts student.

Over the next ten years, however, the film of the saga shows us the unpleasant climate in which he had to live Harry Potter, a hostile and cold climate, treated as a kind of Cinderella, raised by the profound hatred of the uncles, because already at the time, the aunt hated her mother. He is also forced to live in a closet.

Harry Potter obviously he is kept in the dark by his uncles, which flows in the boy’s blood real magic, and on his cousin’s birthday, he is taken with them on a trip to the zoo, where the boy realizes he can talk to snakes.

A few days after the terrifying episode and a few days before his 11th birthday, Harry receives a strange letter, but she cannot read because she is snatched by her uncle. But day after day the letters continue to arrive incessantly, and the family decides to move, taking refuge in a shack in the middle of the sea.

Ma on his birthday, the birthday boy receives an unexpected visit. By Rebeus Hagrid, the school principal’s most faithful spokesperson Hogwarts, who reaches the family with a cake in hand for Harry Potter. And also with the letter, where the protagonist finally discovers the truth about himself and the death of his parents.

That is, that they were not killed in a car accident but killed by Lord Voldemort, the fearsome Gentleman dark of all time, is that the lightning bolt scar that Harry wears on his forehead, is a testament to the fact that he was the only one to escape from the clutches of Voldemort. Which makes him famous in the wizarding world.

Like this Harry Potter, part with Hagrid to adventure.

The two first shop in the wizarding world, where in the meantime Harry he meets some other characters in the saga, and then is taken inside the school to start his first year.

All the guys who start out like him have to be sorted into one of the four houses of Hogwarts from talking hat.

Or: Grifndoro, Slytherin, Ravenclaw and Hufflepuff.

Ad Harry Potter, the house is assigned Gryffindor, as were his parents, and where they are assigned too, those who will later become his best friends: Ron and Hermione.

Harry Potter thus begins to attend magic courses, clashing several times with Draco Malfoy (Tom Felton) a brat, rich, and spoiled kid who does everything to put a spoke in the wheel of the protagonist.

During the film, the protagonist faces obstacles and tests that he never would have dreamed of having to face, but a medal always has two faces and in fact many beautiful things happen in the life of the young magician, such as the fact that he also manages to become a player of Quiddich, a very popular sport a Hogwarts.

But towards the end of the movie, Harry Potter is led by professor Raptor, in a room where the Mirror of Brame, a mirror that shows the person where he reflects what he most desires, clearly Harry sees reflections of mother and father.

Raptor, antagonist of the first chapter, in all this he takes off the purple turban, which he has always had on his head and shows Harry that on the back of his head is that of Voldemort, which survives as a parasite. It is that it needs the philosopher’s Stone to be able to fully return to life.

Harry so try to escape, but Raptor it is faster and blocks the way of Harry setting it on fire, then looking in the mirror, he sees the reflection of himself extracting the stone from his pocket. So trying not to be discovered, he realizes that he has the real stone in his pocket.

Voldemort realizes this and tries to dissuade the magician, promising to bring his parents back to life, but Harry refuses the offer and Raptor rushes at him, and Potter trying to protect the stone and himself with a single touch pulverizes the professor.

At this point Voldemort takes its true form and runs away, piercing the body of the boy, who faints, recovering after three days.

When he awakens, it’s all over, and the chapter ends with the celebrations that the house of Gryffindor has brought home, thanks to Harry Potter.

Harry Potter and the Chamber of Secrets

The second chapter of the saga, begins with Harry Potter locked up in his uncles’ house upstairs, because his uncle has an important business visit downstairs. Hope it goes through.

Harry he is saddened because during the whole summer he has not received any visits from his friends, but at a certain point he arrives l’elfo Dobby, a house elf, who begs the boy not to return to Hogwarts or it could cost him his life.

And after getting him into trouble with his uncles, they rush to his aid, his best friend Ron with his twin brothers, Fred and George, who take him to their home on a Flying car. Here he knows Ginny the little girl of the family Weasley, and mom and dad Weasley, who welcome him lovingly.

Arriving at the school, however, they discover that inside Hogwarts lurks a monstrous creature that is endangering the entire school. And as if that weren’t enough, it turns out that one of the castle’s most off-limits rooms, called the chamber of secrets has been opened.

Obviously the protagonists want to know who opened the Chamber of Secrets. Hermione after doing careful research, he manages to discover that the monster that roams the school is a Basilisk. A huge, chilling snake.

So Harry he goes down along the secret chamber and thanks to the serpentese he manages to open the door, where he finds surprises Tom Riddle, (Voldemort as a boy) .Born back to life thanks to a diary that Lucius Malfoy (father of Draco Malfoy) donated to it.

Seeing this, the basilisk begins to chase and attack Harry Potter, who near death is saved by the phoenix, pet of Silent, managing to kill the snake and save the entire school.

Harry Potter and the Prisoner of Azkaban

The third installment of the Harry Potter saga, it begins with the boy’s third year of school. And here he discovers that a certain Sirius Black who is described as a dangerous criminal he escaped from Azkaban, a prison for magicians.

But not only does it also find out that Sirius Black, in school he was close friends with his father James, and of Oar Lupine, (another character in the saga). That in their youth they had founded a group of antimaghi to protect maghi e babbani (non-magicians) from a possible attack by Lupin, suffering from the curse of lycanthropy.

During the school year Harry he also faces the dementors, creatures that move in the air as if they were ghosts, with black bodies, who feed on people’s fond memories.

In the path of the film of the film, Harry makes revealing and important discoveries. And that is that Sirius Black is his godfather and who is a person of heart, attached to Harry Potter. Ma Sirius however, he is still wanted by the ministry of justice, and therefore the young magician together with his friends, Ron e Hermione, makes him flee on the back of a ippogrifo named Buckbeak, which would be another whimsical animal found by Hagrid.

Harry Potter and the Goblet of Fire

In the fifth chapter of the saga, in Harry Potter and the goblet of fire, Harry it is not possible to explain why he is able to feel all the sensations he feels Voldemort. As if it were an indissoluble bond, he therefore asks for explanations a Sirius Black who is still a fugitive.

Meanwhile a Hogwarts, you are in the mood for celebration. The most important summer event of the year is held in the school. That means: the Quidditch World Cup for the wizarding community. Where is it Hogwarts will host other students from other schools of magic.

After the race of Quidditch, begins the dangerous tournament of the goblet of fire, which alone will choose a champion for each school, but is only authorized for students aged 17 and over.

Therefore the Goblet of Fire start choosing the various samples: Viktor Krum, Fleur Delacour and Cedric Diggory (Robert Pattinson) redhead student. And when it seems that the extraction is finished the chalice extracts a last name, Harry Potter, who is not of age and who absolutely does not want to participate, in fact someone has put his name in his place, but no one believes it. Neither Ron, which takes away the greeting.

He arrives the first test, face fearsome dragons. And all the participants manage to face it in the best possible way, but be it Viktor that Harry they both have the same time and therefore arrive tied.

The second test it consists of swimming in an enchanted lake, and looking for eggs, but in the water there are monsters and sea mermaids at the bottom. The wizards dive, but the little sister of Fleur unexpectedly finds himself in danger like everyone else and therefore Harry he prefers to save his companions by losing the trial, to which he is still granted extra points.