Full RAM, age of the programs installed within the operating system? How to optimize your Mac’s performance

Normally, the performance of a personal computer, regardless of its type or the operating system running on it, tends to undergo a kind of entropy. In other words, after some time the machine loses efficiency, begins to accuse problems of slowing down or other difficult situations: pages not displayed correctly, photo galleries not visible, videos that proceed “in jerks”, persistent presence of pop-ups or mysterious appearances of unwanted notifications. This is due to a multiplicity of problems, even if in this case, as a rule, the average user tends to attribute this phenomenon to “normal” wear of the machine, or to a hardware problem.

In reality, things could be much more complex. The computer may work as before, except that it is located at manage a more complex digital environment, more voluminous and therefore more laborious to process. And sometimes, he just can’t. It may be a problem of full RAM, or even the age of the programs installed within the operating system that are unable to optimally support the most recent plug-ins. Or more likely it is a heap of non-standard applications that are automatically opened when the operating system starts, slowing down many of its routine operations. Finally, we must not overlook the worst case scenario: that is the digital environment hosted by the computer is infested with bots and malware, which are the most problematic agents from the point of view of performance reduction.

How to optimize your Mac’s performance

Normally, those who own a PC – regardless of whether a version of Windows, Linux or any other open source operating system is hosted on it – already knows how to handle this kind of problem, since numerous software houses or independent developers have put available a large collection of detection programs (free or paid), able to identify the problems of each machine, analyze the type and provide for the correct “cleaning” operations. In reverse, Mac owners don’t have that much choice: this is because Apple’s corporate policy is much more closed and monopolistic, so to speak, forcing the user to feed almost exclusively from the parent company. In other words, if you have a Mac you almost always have to rely on Apple products, even to clean your computer. Few products from third-party companies – we point out Cleanmymac among all only because it is recognized as one of the most effective – have managed over the years to scratch this sort of de facto monopoly.

It should be added that, in principle, the internal protection and performance optimization systems of Macs are more performing, and generally updated more frequently, than those of Windows PCs. But this characteristic represents, paradoxically, also their weakness: in fact, Macs are much less permeable from the outside, the malware that manages to enter their system is on average more harmful and at the same time not so easily identifiable. For this reason, it is above all the owners of Apple-branded computers who have to worry about subjecting their machines to constant checks and periodic scans, in order to prevent some parasitic program from messing up system files or even – even if this happens more rarely. – the contents of the hard disk.

Banana plugs: what they are, how they work and applications in the field 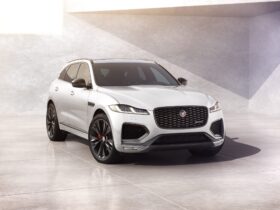 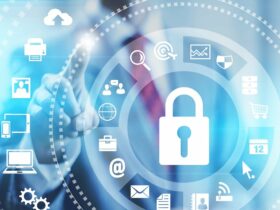 Keysbuff: up to 75% discount for Windows 10 Pro and more!