How do you imagine Chinese cars? If you think about the copies we talked about a few weeks ago at Auto for Dummies, you are off track. Even the cars of the Dragon are now neat, beautiful and technological, just like the new one Lynk&Co 01. Under this new brand with a very particular name I hide Volvo components and technology and a truly innovative purchase formula, with subscriptions similar to those of Netflix. Are you curious to discover it? Let’s see what it offers.

Let’s start with the basics right away: what is Lynk & Co? This brand is a lot young: it is indeed born only 5 years ago, in 2016, from an idea of ​​the House to which it belongs, Geely. For the more passionate among you, this name won’t be new. Indeed, Geely acquired the legendary Swedish company in 2010 Volvo, which for over 10 years has been grinding successes under Chinese ownership. In these 10 years, Geely has never imposed ideas or diktats on Volvo technicians, who for the first time in decades were able to create their cars regardless of the logic of savings or economies of scale, managing to be reborn after a difficult period.

In all of this, however, Geely wanted to grow, and take advantage of Volvo’s almost century-old know-how, to land in Europe with a new brand. Furthermore, since its inception this new brand had to position itself halfway between the generalists Geely, dedicated to the Chinese market, and the premium Volvos, which point to Europe and North America. Finally, this new adventure had to bring a target far from its brands closer to the Geely Group: i young.

This is why Lynk & Co was born: a house, on the Swedish paper, young structured on a young and dynamic clientele, both in China and in the rest of the world. Yes, because with Lynk & Co Geely has decided to “attack” the European and North American market, and has also decided to make itself known well before its debut on the market. How? Leveraging Volvo’s expertise in the Corsica. For those who do not know, in fact, the brand Polestar until 5/6 years ago it was what AMG and M are for Mercedes and BMW: the high performance division, also dedicated to track racing. 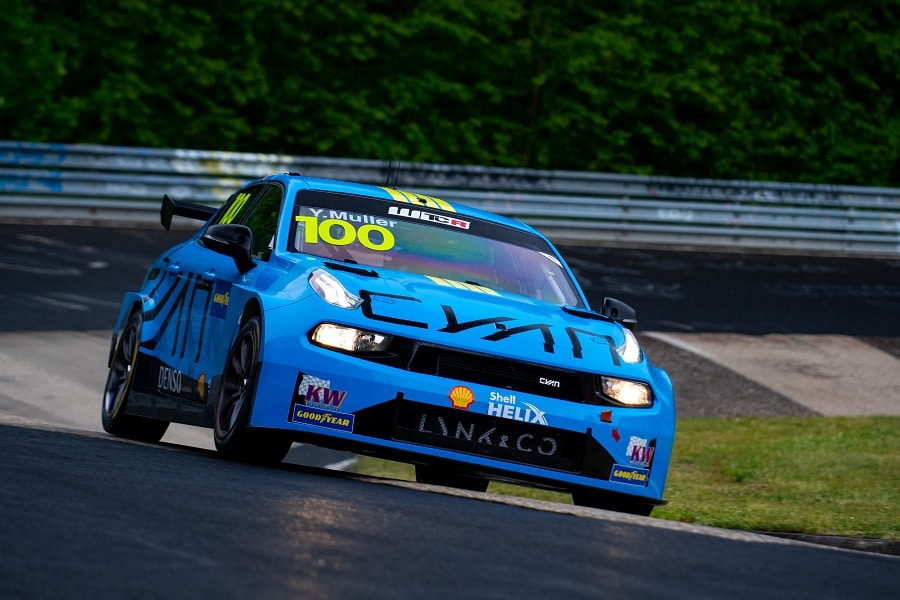 After the rebirth of Polestar as an electric and sports brand, the sporting legacy has been taken over by the Cyan Racing Team, which for its great comeback in racing has chosen its own Lynk&Co as a home base. There Lynk&Co 03, a saloon its base Volvo XC40, prepared by Cyan Racing, in fact, it has been racing in the WTCR Championship for 3 years, and has won the Constructors’ title in 2019 and 2020. In China, the house has well 9 models in the range, from 01 to 09, but it will be the smallest 01 to make its international debut.

The Lynk & Co 01: under the skin it is a Volvo XC40, but the line and the roominess are “personal”

And in fact it is precisely the crossover 01 to bring Lynk & Co to its official debut in Europe and, of course, in Italy. But what is it about? In short, let’s talk about a Compact crossover built on the basis of Volvo XC40, one of the most popular compact SUVs on the market. The Sino-Swedish 01 shares both the modular CMA platform, also shared with the Volvo C40 and other Lynk & Co, and the whole mechanics hybrid. 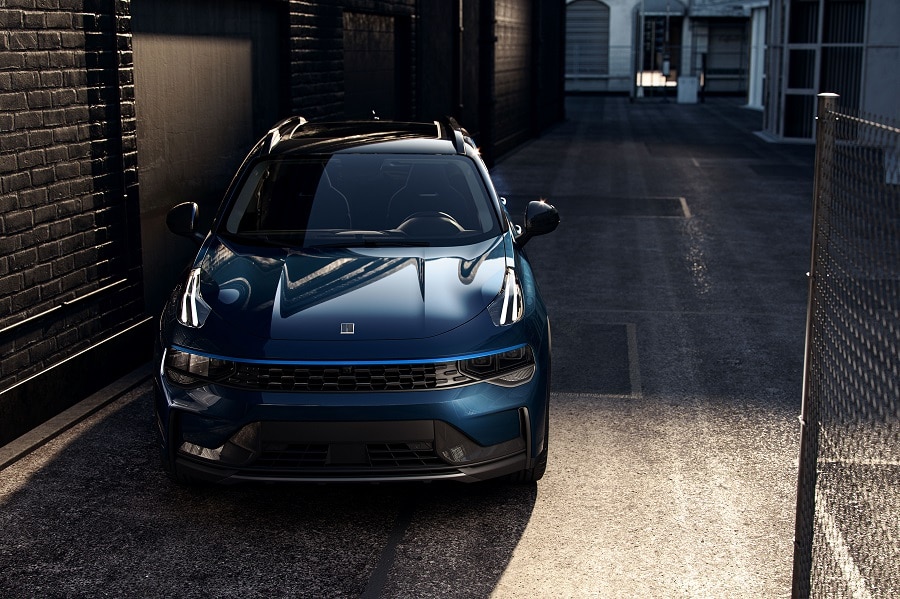 The 01 is in fact available exclusively with electrified engines, Full Hybrid e Plug-In Hybrid. At the base of both systems is the 1.5 three-cylinder petrol engine with 143 HP and 215 Nm seen your XC40. Sulla Full Hybrid, the heat engine is supported by a 54 HP and 150 Nm electric powertrain, and the gearbox is a 7-speed dual-clutch automatic. The maximum power of the system is 200 CV, and the battery is from 1,8 kWh. La Plug-In Hybrid shares much of the mechanics, but the internal combustion engine is brought to 180 HP and the electric one to 80. The maximum power is therefore of 260 CV, while the battery salt up to 17,6 kW, by a’autonomy in mixed cycle WLTP of 69 km. 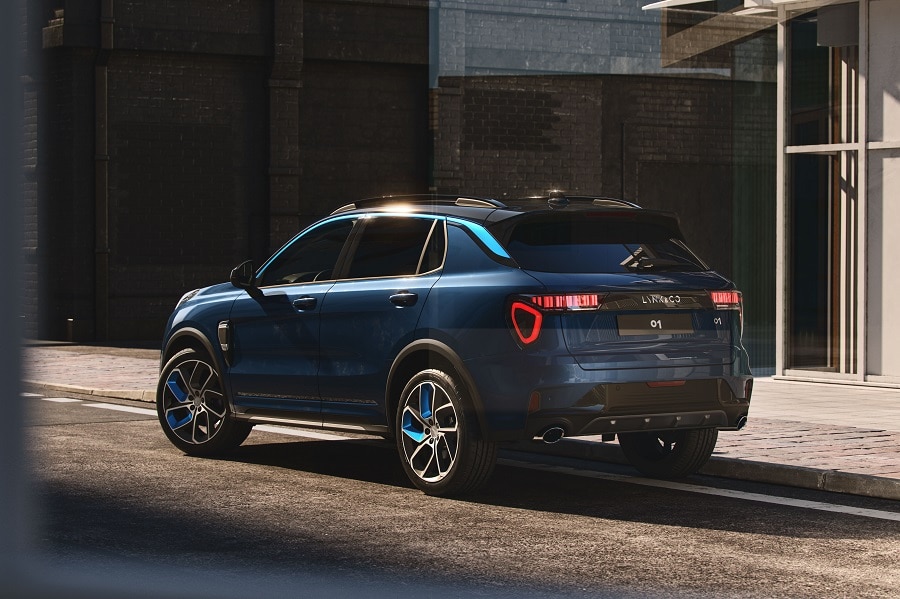 From the outside, Lynk & Co 01 is original but at the same time elegant and successful. It is not a car that takes its cues from other rivals, but it tackles the theme of the compact SUV in its own way. The front is very strong and aggressive, with a nice front air intake and a very pronounced bonnet that flows into a kind of “beak” at the level of the front bumper. The headlights are broken, with the upper ones very raised, and both front and rear are full LED. Behind, however, the 01 is more classic but no less dynamic, with very large and dominant headlights, from which a glass band starts behind which the Lynk & Co logo is inserted. 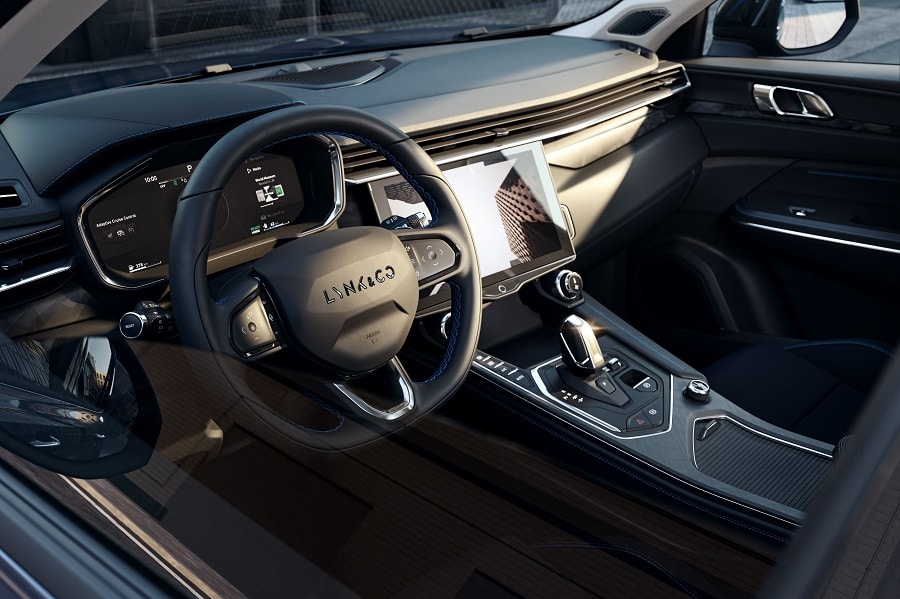 Inside of, the technicians Geely and Volvo have managed to create a refined interior, pleasant but that does not refer to Volvo productions, to give the 01 a good dose of originality. The infotainment system is 12.7 inches, while the digital instrument panel reaches 12.3 ″. Space does not seem to be lacking: with its 4.53 meters, the 466 l trunk it is in the segment average. The performance on paper they are good, with one 0-100 km / h covered in 9 seconds for the full Hybrid and in 7.9 for the Plug-In. But the real turning point of Lynk & Co 01 is its system of sale (and not only) unique in the automotive landscape.

In fact, Lynk & Co 01 can not be bought. Of course, if you are in love with it you can buy it, and the prices are really interesting. The version Full Hybrid costs 35,000 euros, and is completely full optional. There are some customization possibilities, but they are very limited: there are also only two colors, black and blue. The value for money seems excellent, both for the full hybrid and for the Plug-In Hybrid, offerta a 40.000 euro. The price itself is interesting, but it is the minus of this new story. 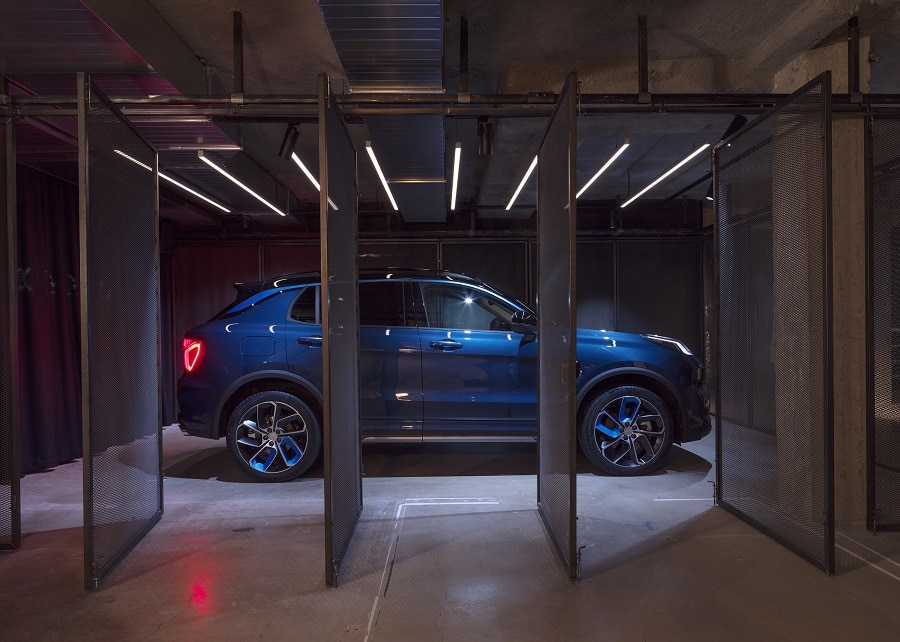 In fact, Lynk & Co does not want to have dealers, nor to exploit those of its sister Volvo. The sale is direct home-customer, while they will be born around the Europe of Club. These will be meeting points where to show the public the possibilities designed by Lynk & Co for individual mobility, but also places where new customers can access personalized goods and services. And again, places where you can subscribe thesubscription.

No, you have not read wrong. In fact, taking up the strategy of the great global entertainment giants such as Spotify, Netflix, Amazon Prime and all the others, toLynk & Co also allows you to subscribe to its “platform” with a fixed monthly fee. How much is? 500 euros per month, all included. Insurance, road tax, roadside assistance, maintenance, tires: everything. Within the 500 euros there are also 1.250 km passable, with a rate of € 0.17 for each km beyond this threshold. At first glance it looks like a classic rental, right? In reality, however, the difference is abysmal. No advance payment or any type of guarantee is required, and above all it can be stopped at any time, without penalties. As with Netflix and the like, in fact, once registered you can change your mind at any time, and “return” your 01 to Lynk & Co, without any penalty. But that’s not all, on the contrary, here the fun begins.

Why is it the “Netflix of cars”? You can share it with whoever you want

The Sino-Swedish company has in fact focused a lot on this form of subscription, also encouraging the subscription with another, unprecedented novelty: the car sharing personale. Those who drive a Lynk & Co 01 can in fact be both owner and subscriber but also simple user. What does it mean? Practically, both in the case of purchase and subscription, the owner of each 01 has a Car Sharing platform managed by the House at his disposal.

You can choose to enter your 01 in the system, and it is even possible choose the hourly and daily rate. Eg, Lynk & Co recommends € 5-7 per hour and € 30-40 per day, but it is not compulsory to follow it: you can ask for more or less. Once the fare is set, the owner sets when a car sharing user can borrow his car, and once the rental has been accepted, the rental user can use his / her smartphone as an electronic key to open and drive the car. 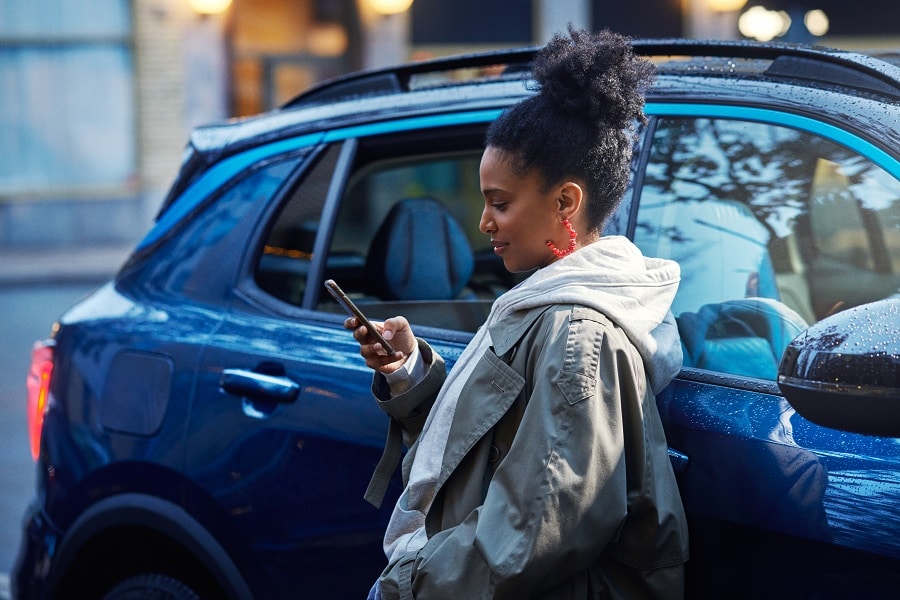 For Lynk & Co this is both a way of making itself known to the general public, but it also has two direct advantages for the environment and traffic and for its customers. This solution allows you to reduce the number of cars in circulation in the city and outside, maximizing the use of cars in the so-called 90/10, which is 90% of the time a car spends parked versus 10% of actual driving. More, those who have purchased or rented Lynk & Co 01 will be able to amortize the purchase or rental costs. Incredible that a company thinks of saving its customers in this way, right? For all the details, I refer you to the modern and well-kept Lynk & Co website, where there will be answers for all your most uncomfortable questions. I close with an important note: for those who are “at 01”, the km traveled by any users will not be counted in the monthly km. One more reason to make it “walk”.

Lynk & Co 01 will arrive later this year. Will this innovative formula be successful?

These are therefore the first information on Lynk & Co 01 and on the young Sino-Swedish brand. Geely capital together with Volvo technology and a pinch of entrepreneurial madness have created a young brand, incredibly innovative, who wants to unhinge the rules of the game and try a new path. The contents of the car, from mechanics to aesthetics, seem to be all there. And as always in every area, with a good basic project, half the work has already been done. Instead, the reaction of the market will have to be seen, especially the European one (and Italian in particular) still very much linked to car ownership.

For those who do not want to deal with bureaucracy and boring car practices or for those who want to try something totally new, this can be the opportunity they have been waiting for. With such a competitive price list, then the slice of purchase aficionados is not cut off, while the idea of ​​“popular” car sharing could prove to be a winner, if done well. I am really pleasantly surprised and curious to see such a brave and unscrupulous debut, and the contents to do well seem to be there. We can’t wait to put Lynk & Co 01 and its innovative formulas to the test. But in the waiting the ball passes to you. What do you think of the new Lynk & Co 01? What about his crazy purchase formula? Would you ever subscribe to the use of a car? Let us know below in the comments, we are waiting for you!

Don’t miss our article on the Chinese automotive industry, nor the one on Volvo C40, the electric SUV Coupe …