A few days after the official launch, a trailer shows us the weapons and the new possibilities of movement that we will find in Ratchet and Clank: Rift Apart

The last few meetings we had with Ratchet and Clank: Rift Apart have done nothing but confirm the incredible and undisputed visual goodness of the Insomniac production, as well as the excellent way in which the game is preparing to exploit thePlayStation 5 SSD. The team, however, was also keen to underline how the new adventure of the duo formed by the Lombax and the little robot also present some notable improvements in terms of gameplay. Implementations such as new weapons and gadgets, combined with new possibilities of movement, are the protagonists of the new trailer which has recently been released online.

Ratchet and Clank: Rift Apart, weapons and movements protagonists of a trailer

The new trailer dedicated to Ratchet and Clank: Rift Apart, shows us some of the new possibilities for locomotion that we will find in the game, focusing a little on the possibility of doing the wall running, using the Rift Tether to move through the various arenas. The movie also shows us the new skill, called Phantom Dash. As for the weapons, in the video that we propose below you can take a look at the Buzz Blades, the Ricochet, NegaTron Collidor, the Lightning Rod, l’Enforcer and many more.

In the next few days, separating us from the upcoming launch set for June 11th, Insomniac will release a new trailer, which will focus on the planets and locations we will encounter during the adventure. In the meantime, we remind you that the title has officially entered the gold phase, therefore it is definitely unlikely that there will be any unexpected postponement for this highly anticipated PlayStation 5 exclusive.

We at TechGameWorld.com are really eager to try the new game Insomniac, and you? Let us know your impressions on the comments page, while if you are looking for games at a discounted price, the invitation is always to take a look at the Instant Gaming pages. 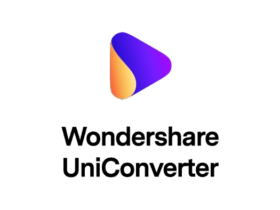 Capcom Arcade Stadium is available: here is the launch trailer!

Windows 11: is this the name of the next big update?