In this review we will get to know Shadow, the cloud service that allows you to have a gaming PC in our hand

Cloud services, since their inception, have seen exponential growth in every area. Although some projects have a more solid foundation than others, just think of theXbox Game Pass it’s at Google Stadiahowever, to date they have shown a rather obvious limit: they were made just to play. Shadowwhile drawing inspiration in some ways from these services, it re-elaborates and implements them giving its users not only a cloud system to play, but an entire PC in the cloud that allows them to work, play and have fun as they see fit.

Before continuing it is right to specify that we have had the opportunity to try the version with the Power Upgrade, the update of the service also designed for gamers. So let’s start this one review and we find out how our virtual PC provided by Shadow behaved.

Shadow is a easy and intuitive service to use to which everyone can join. Once you have purchased the desired package, we will talk about the costs of the service later in this review, we will only have to download the program on our PC, smartphone, smart TV oreally, on Oculus Quest to start using the service. We install everything and we will be almost ready to take advantage of our new virtual PC.

During the first launch, the application will do a little test of our connection to check its parameters. However, the minimum requirements are by no means high and most of the internet lines fully satisfy them nowadays. In fact, to work at its best, the service needs:

However, the service also works flawlessly with 5 GHz Wi-Fi connection and slightly higher latency, although every now and then there is some very slight drop, due to the instability of a non-wired network, or small input-lag linked to high latency. Despite these very small problems, which occurred very rarely, our experience was smooth enough, both during everyday use and in the most hectic games. Also we could take advantage of a line that is even higher than ours. So imagine who has a fiber that reaches 100 Mbps who, while using Shadow, ends up with a 1 Gbps fiber. A factor not to be underestimated!

Also recently the software has been updated with the addition of the Italian language, making it even easier to understand the various parameters and menus that make it up. From here it will be possible to set various settings such as the speed of the network, the audio quality and the screen settings which, in the case of smartphones and tablets, will also allow us to set the screen resolution before the virtual machine starts. A good car but with small moles | Shadow Review

If the virtual experience was excellent, a lot is also due to the configuration of the PC that is provided to us. Let’s face it, the configuration is not exactly that of any top-of-the-range PC. La GPU in fact, despite the wide availability of VRAM, it’s not really meant for gamingalthough it still offers very good performance. This is demonstrated by the fact that Nvidia itself does not catalog it among those that reflect the minimum requirements to make the most of the software. GeForce Experience. Although for an expert this may be just a detail, that software can be really useful for those who cannot optimize various games on their own.

The CPUalthough it is referred to as a 32 core in the system information, it uses only 4 physical cores with a speed of 2.8 GHz. This was during the tests carried out on Cinebench it even ranks it below the Intel Core i7-7700K with only 5,660 points in the multi-core test. In the single-core one, the situation does not improve much, with a final score of 1,018 points and 5.56x of MP ratio. Not really an encouraging figure, but that in everyday use however allows us to have a good experience, even with editing software and games. We will talk about this later.

Another small flawwhich we cannot confirm exactly, derives from the chosen storage system. Before continuing, however, we must explain how the package offered to users works. The basic plan provides only 256 GB of storage, while the subsequent ones are obtained by paying a little extra up to a maximum of 5 TB. However, on our PC we had two 256GB storage units instead of a single 512GB storage. This has limited us a lot, especially on the installation of games that require a lot of space. We would have liked to understand if with more GB, for example with 256 GB more, we would have found an additional HDD or if we would simply end up with the main storage of 256 GB and a second of 512 GB.

Despite this inconvenience, however, the data arrived with CrystalDiskMark, HD Tune Pro e ATTO Disk Benchmark they are quite good and indeed, if it is really hard disk and not SSD, we can say that they do very well. Unfortunately, but in the end they are data that do not interest us that much, we do not know the temperatures of these storage. We would have liked to understand, however, how they would have behaved in case of high temperatures and if they affect the overall performance.

A very important question, and one that many of you are probably wondering, concerns the operation of external devices such as keyboards, mice, headsets and controllers. Precisely in this sense in the software menu there is an item that allows you to use USB devices even on the PC provided by Shadow. In this sense it will also be possible to exploit headphones connected via Bluetooth to the device used by us and the Xbox controller via wireless connection. In this regard, the use of audio devices and microphones connected via USB socket is not recommended.

Although external peripherals can be used, it will not be possible to connect external hard drives, as they will not be detected during our use. This choice, however correct with the lines drawn by the company that go to benefit the sale of the additional space, can be counterproductive as we will not be able to move any files on the PC provided to us on another device of our choice. The only way to do this will be to take advantage of a cloud system for file management.

As we said at the beginning of the review, Shadow has recently introduced the Italian language into the software. However, since the PC provided us with a real machine in its own right, it will be possible to change the system language and set Italian for a smoother experience. On the other hand, it will not be possible to change the geolocation location as, at least in our case, the physical computer supplied to us was in Paris.

Furthermore, since the start of the PC is managed entirely through the app, it will not be possible to set a password at boot nor will we be able to enter the BIOS and modify parameters for overclocking or other. In the end, the operating system is not upgradeable to Windows 11which makes this service an unknown in the future given the imminent end of support for Windows 10. Will the company release a version with Windows 11 to be paid separately in the future or will it make sure that every computer it ships is upgraded at no additional cost?

How does it behave with games? | Shadow Review

This is perhaps the most important question many of you have been asking throughout this review regarding the Shadow service. Many may think that with 20 GB of VRAM surely there will have been no problems to launch all the games in this world at peak performance. Of course, that’s not the only thing that makes a video card good. If so then an AMD Radeon RX 6800 XT would be better than an Nvidia GeForce RTX 3080 Ti, yet we know all the benchmarks well.

As previously stated, this video card is not optimized for gaming. However, performance of the RTX A4500, as regards the gaming side, approach those of a 3070. We will then be able to launch a variety of games with high resolutions and enjoy a good amount of fps although the stability is lower than that of gaming cards.

More specifically we tested this setup with titles of all kindsfrom strategy games like Humankind to racing games like Forza Horizon 5, passing through FPS (in particular Call of Duty: Warzone), action RPGs (Assassin’s Creed: Valhalla) and sports games like FIFA 23. In all these titles, like in all the others, we also played with one 2K QHD resolution and maximum settingsmaintaining an fps average of well above 60. However, due to the instability we sometimes had peaks (minimum and maximum) which ranged from 35 to 128 based on the title in question.

The latter figure is a bit disappointing in some respects, although the overall experience was still really good. At this point, however, a question arises spontaneously, it wouldn’t have been cheaperin terms of performance, provide a graphics card entirely dedicated to the gaming sector rather than a Quadro RTX? We have now reached the end of this review dedicated to Shadow’s cloud service and it is therefore time to take stock. Have a PC close at handwherever we are, it is certainly a not insignificant factor. If we then consider the fact that we can play the latest titles with a high quality or even edit videos and so on even on a PC dating back 10-15 years agothen we can say that we have finally reached a turning point.

In this test we have exhumed an old DELL without a dedicated video card. It was therefore impossible to launch “old” games like Skyrim, let alone Cyberpunk 2077 o Elden Ring. Yet thanks to the service we were able to play it quietly without even one of the main problems of notebooks: overheating. From this point of view then it is truly the perfect service, considering that these titles were also played on smartphones. However, there are problems, they can be … 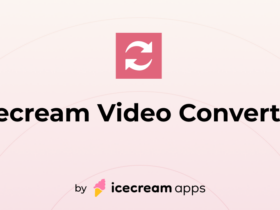 Shadow Review: A gaming PC in one hand 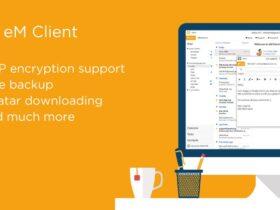 EM Client Review: Much more than an email client