In our review we rewind time by returning to the twilight of the Game Boy Color: Is Shantae on Nintendo Switch still brilliant?

Our object of review, the first Shantae per Nintendo Switch, marks the second significant return of a retro handheld console on the Grande N hybrid.The first case we saw with SNK vs. Capcom: Fight of the Millennium, the first chapter of the series in which Ryu and Terry met and clashed in the ring, in the Neogeo Pocket Color Collection series of re-editions. Before that title, as it was officially declared, reopened the way for the SNK vs. Capcom, all that remained of the concept was the presence of Terry in Super Smash Bros. Ultimate.

Similarly, we now have the return of the mascot of WayForward, a real flagship of the indie scene. The girl, half genie of the lamp, had truly humble origins. His debut on Game Boy Color (and Game Boy Advance, but we’ll get to that) it happened quietly, in a time when you couldn’t really go anywhere without a publisher. We talked in our article about how now the Capcom logo, no longer involved in the re-release of the title, has been digitally removed. The Guardian of Scuttle Town is back: will it be fit?

At this point in the review we would talk about the plot… But with a title as “aged” as the first Shantae we should make an exception for the development of the port on Nintendo Switch. However, in the article mentioned above we have said a little bit of everything there was to say in this sense, so we can talk about the narrative premise and, by extension, the tones. The basic idea is simple: the protagonist is the Guardian of Scuttle Town, port city of the kingdom of Sequin Land. The latter is as accustomed to pirate assaults as the game world is to magic.

Shantae’s adoptive father, inventor and archaeologist Mimic, balances the eternal ideological-narrative conflict between science and magic. His latest invention, the steam engine, will prove revolutionary for navigation, but unfortunately the infamous pirate Risky Boots he has his eye on him (on the engine, not on Mimic). The provocative (but never too much) design of the protagonist, the antagonist and many of the supporting actors fully reflects WayForward’s amused (and often funny) approach to fanservice: an attractive wrapper for (almost) infallible gameplay. 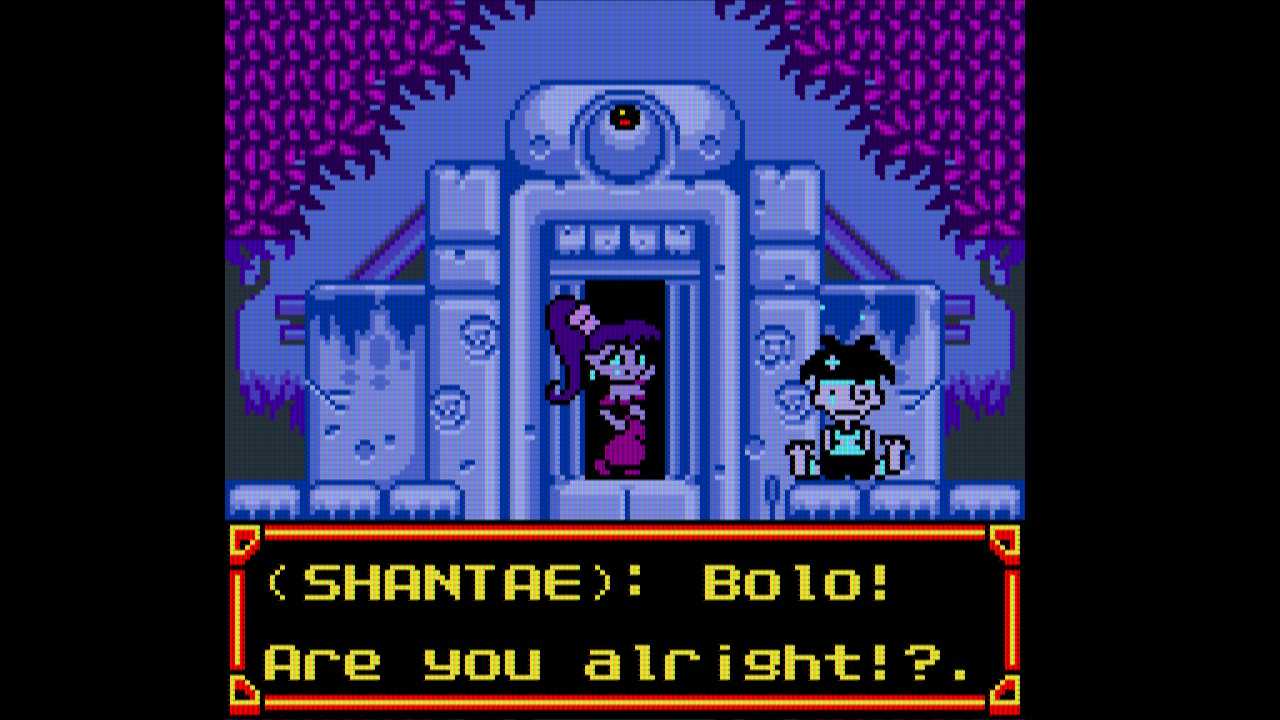 In terms of gameplay, Shantae’s core is that of a metroidvania: the platformer more devoted to exploration than to the simple challenges from point A to point B full of jumps, although in the review phase this little pearl for Nintendo Switch has never failed to put a strain on our reflexes. Contextualizing the title in the period in which it came out (or even doing without it), a lot of inventiveness and desire to stand out from the crowd. Matt Bozon and the rest of the WayForward crew had definitely been right, but maybe the game was too far ahead of its time.

Let’s cut the bull’s head: they are present two versions of the game, and each of them (as revealed by the same creator of the port, Modern Vintage Gamer) carries its own three save slots. For a metroidvania, the time that the title asks the player to devote to it is not little, but this has to do with the unfortunate period of debut of the game itself (the original). Unfortunately, the early 2000s saw the release of the Game Boy Advance; instead of directly switching console, a more advisable choice in hindsight, WayForward persisted in its vision limiting itself to add support to the L and R keys. 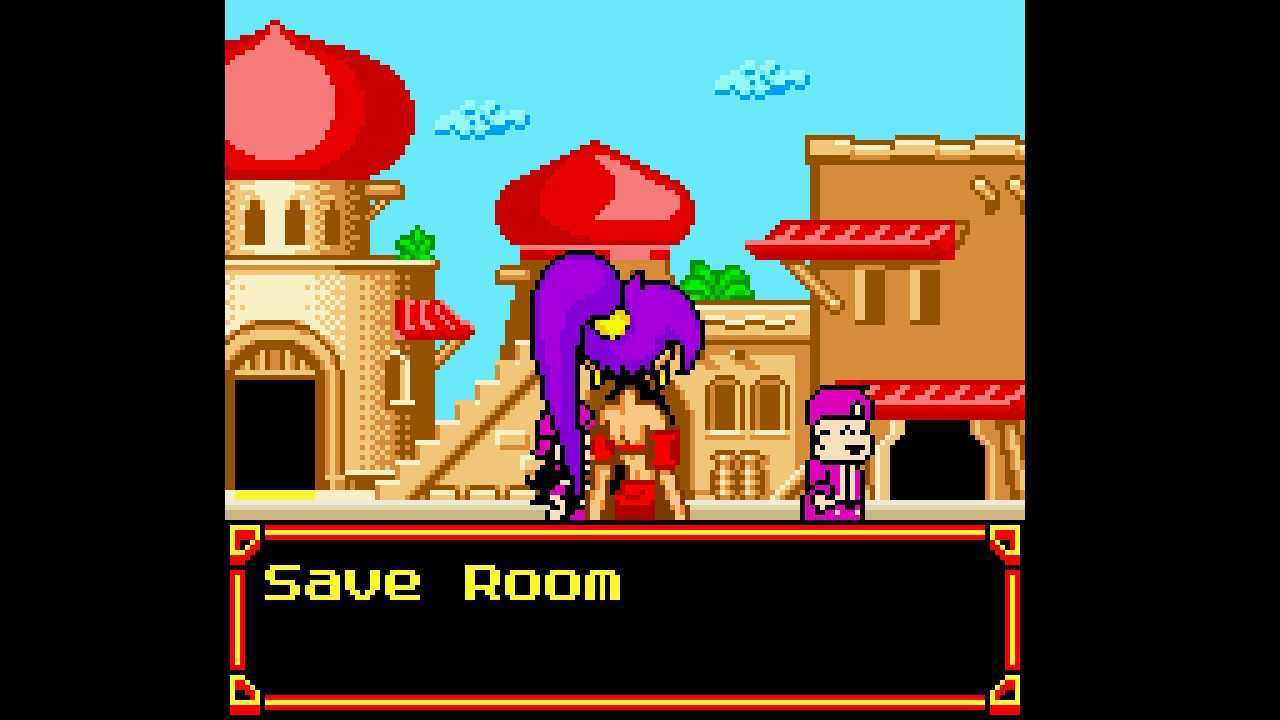 In reality, Shantae’s content that makes use of the “extra” buttons isn’t a lot, but since the Nintendo Switch port has made it necessary to have separate slots with a function of quick save we opted, as we also recommend you to do, to play the “GBA enhanced” version directly. Unfortunately, however, despite it lighter color scheme this incarnation does not fit the more generous screen resolution of the Game Boy Advance, and this affects the gameplay in one of its biggest flaws. You have probably already guessed it, but we would like to make a premise.

Not unlike the very first Kid Icarus, we are dealing with a title that is all the more difficult the less time is spent with him. The game begins with Risky Boots’ assault on Scuttle Town, without giving the player much time to understand some gameplay rudiments. For example, a vital piece of information during the initial hustle and bustle is the “mariesque” running management: a single press to strike with Shantae’s hair, a constant to sprint. The girl’s jumps, more or less generous, need to inertia, and running makes the difference between life and death very soon. 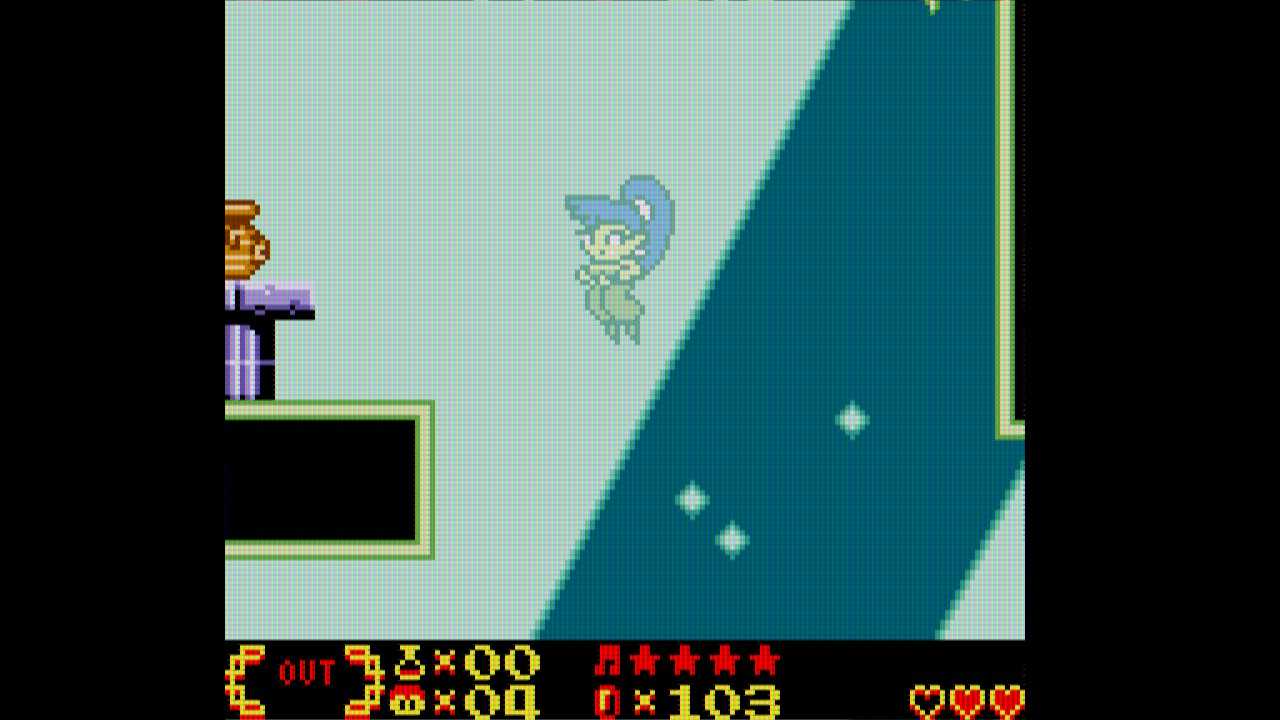 Speaking of the fighting, the flick with which Shantae can use her hair to defend herself results in a not very fluid management of the clashes, which in the review phase is even more at fault considering that we are playing on Nintendo Switch. Contrary to more dynamic attacks, such as Donkey Kong Country’s somersault or the spin of a random Crash Bandicoot, Scuttle Town’s Guardian spezza fully the pace of exploration whenever he has to confront an enemy, stopping in position to strike. And the margin of error, for attacks, is very small.

Since we brought up the whips, a point in Shantae’s favor and against more illustrious exponents of metroidvania like Castlevania lies in our reaction to the blows suffered. The initial six life points, although very low at first, are suddenly expendable if we consider that their loss is the only punishment for each blow suffered. There is no bump back, and considering how close the close-ups of the camera make many falls into real leaps of faith, that’s good. However, you will have to learn to rely on quick saves, given the alternative for those who want to save in the traditional way. 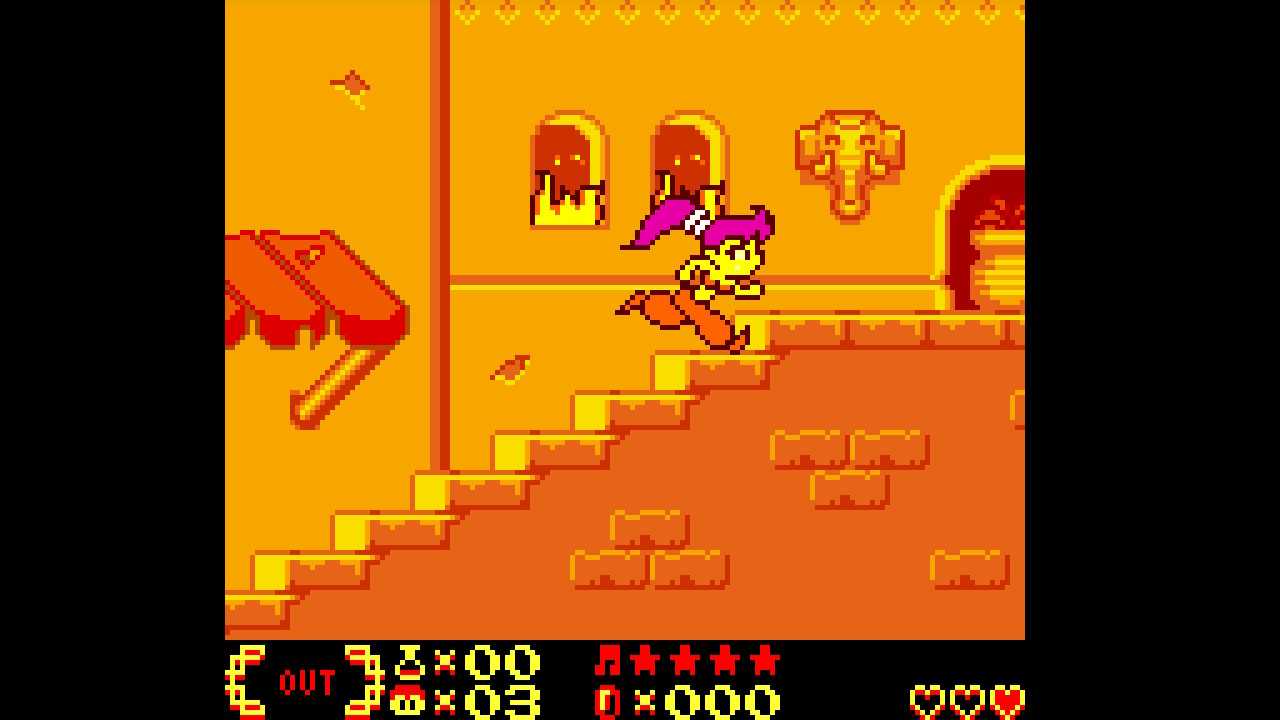 You know, I just passed (remote) from here – Shantae review for Nintendo Switch

Like any self-respecting old-style metroidvania, in Shantae there are the most blessed “save points”: Those sporadic points where we can catch our breath, present only in the cities and, occasionally, between one village and another. You will have with you quickly, after which you run into a screen of game over (we prefer the view of Risky Boots to the snout of Uka Uka, but these are details). However, the “continue” option does not take us to the area where we were defeated, but to our last save. The risk of lose progress it is therefore very present, tangible and, sometimes, directly proportional to how many we have made.

Which is really a shame, since the crossings between one city and another soon become necessary for reasons of plot or shops and buildings exclusive to each location. As evidence of the most ancient game design influences, the shortcuts are also present here, but with the absurd criterion of unlocking the teleportation polyps. In each area there are four, with which the protagonist can access a special belly dance to be able to move quickly from one place to another. However, often at least one requires you to unlock something in subsequent worlds. What does it mean? 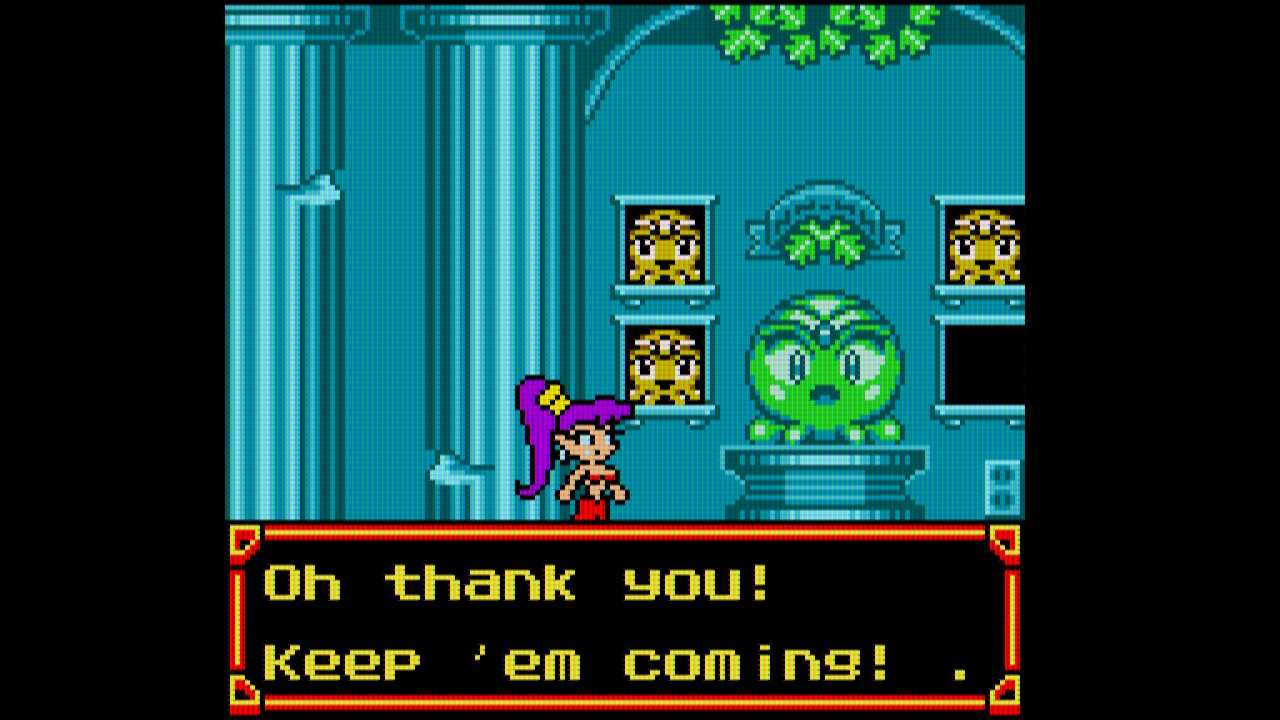 Nothing comes from diamonds – Shantae Review for Nintendo Switch

Writing this Shantae review for the Nintendo Switch so far has been a stab. It was for us too, but don’t worry: luckily we’re done talking badly about it. Not surprisingly, we talked about a more “annoying” initial phase; as soon as the first is unlocked transformation the adventure opens up considerably. In an established mechanic featured in almost every sequel, the eponymous protagonist can benefit from special belly dances with which to transform into different creatures. The powers of each allow, depending on the case, to enhance an aspect between mobility and effectiveness in battle.

Let’s take the first and best known skill as an example. The simian form deprives us of any attack, true, but it also allows us to jump much higher and climb any wall. Wanting to make a comparison with The Legend of Zelda, we are not so much thinking about the masks of Majora’s Mask as about the simple unlockable shortcuts in each dungeon. In addition to opening up new paths, it simplifies backtracking a thousand times for us, at first tedious and now suddenly funny. We talked in the incipit of fanservice tied to double thread with the gaming experience; we meant this. 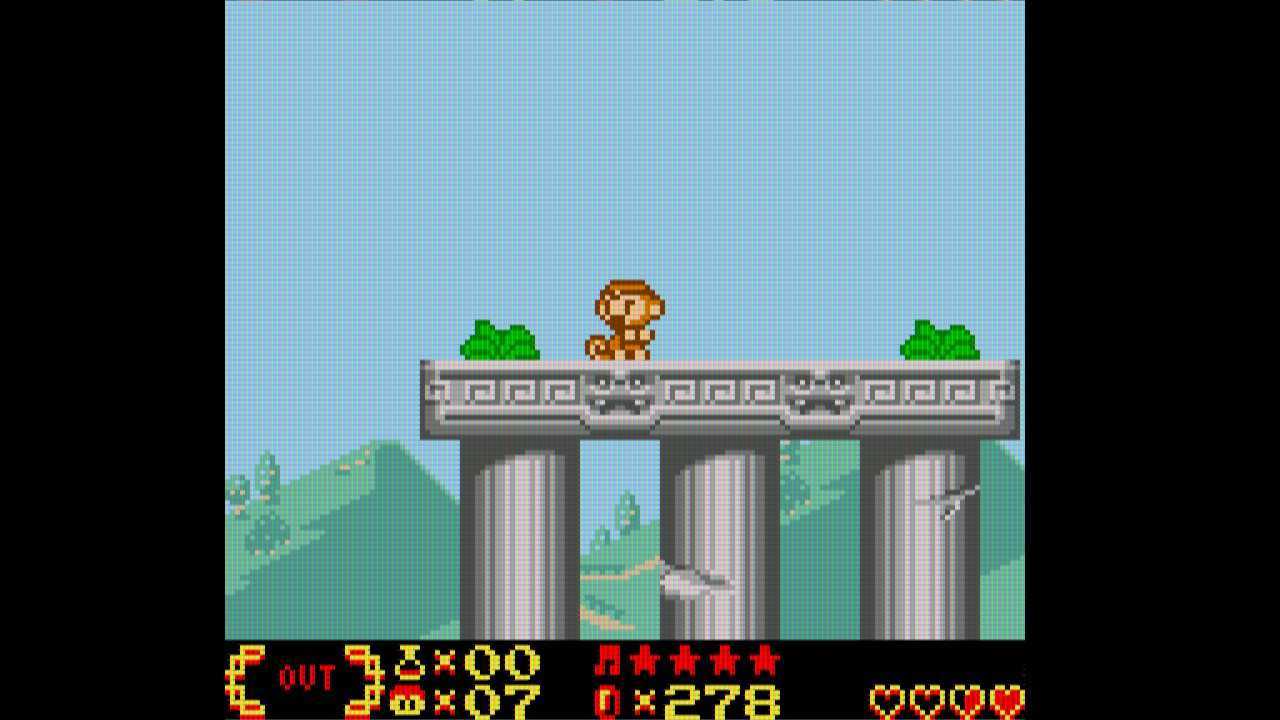 The game invites us to never let our guard down anyway. Transformations are not everything, in fact, and already in the second city the emporiums are starting to sell. We have equipment with which to make life easier, bracelets, rings and necklaces, through potions and others tools single use. As a good metroidvania which is, in fact, Shantae does not deny role-playing elements. These will soon lead us to repeat ourselves in the beat enemies repeatedly so that they drop some gems. There is a night club in Scuttle Town to scrape up money with belly dancing (an idea nowadays perhaps impossible), but we will also arrive at the rhythm game parenthesis.

In this sense, the margins for improvement for our self-defense possibilities are wasted, including expansions for our health and so on. Our willingness to explore and experiment is rewarded in a way commendable (although it immediately becomes a necessity), as each city has different advantages. The two constants remain i thermal baths, in which to regenerate in pure Kid Icarus style (coincidence?) and the aforementioned “Save room”. To access some areas, however, you must also take into account the day and night cycle, an interesting mechanic but occasionally intrusive. 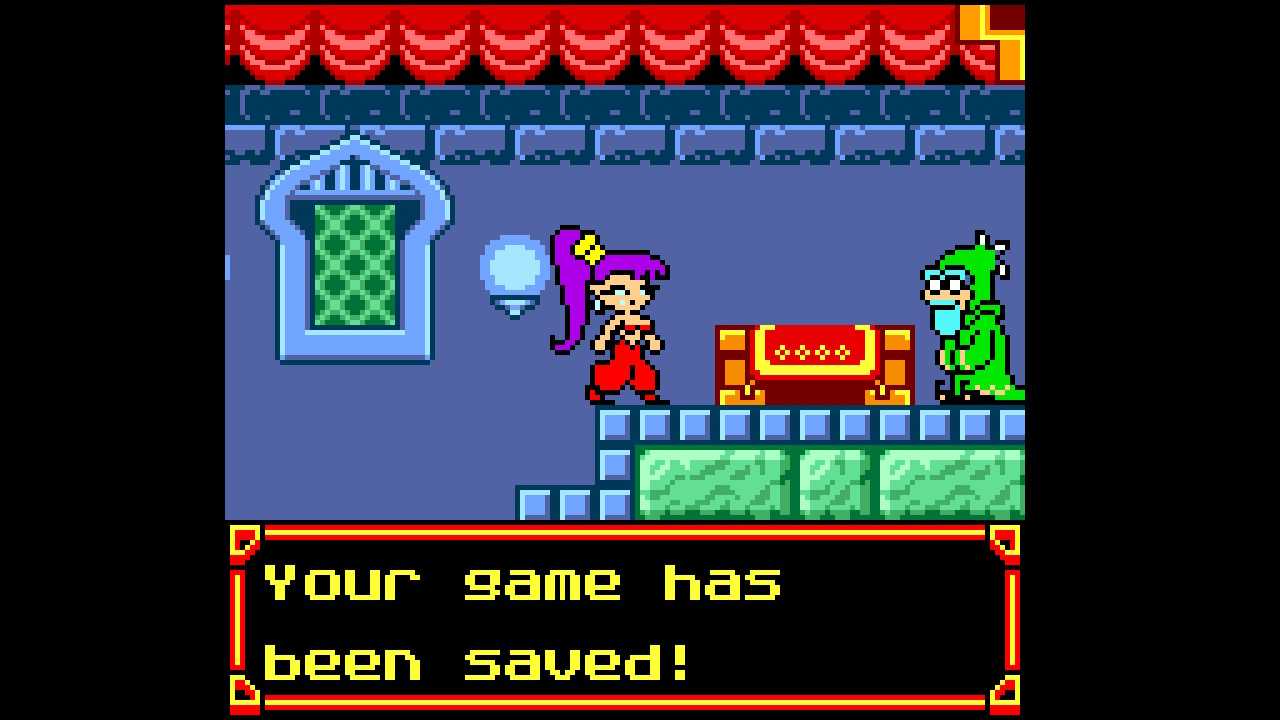 Shantae’s first level spectacular play of light was a prelude to the alternation of day and night, perhaps less “ambitious” than the realism seen in Pokémon Gold and Silver but of undoubted impact. Outside the cities and dungeons, in fact, occasionally night will fall, or vice versa the sun will rise as the case may be. This affects the behavior of the enemies, openly more hostile at night, but it can also bring with it advantages starting from the variable accessibility of some functions, such as the aforementioned night club (appropriately open only at night).

Among the mini-games in the game, belly dance stands out, which for a …