2022 will mark Street Fighter’s 35th anniversary, and in addition to unveiling a logo to celebrate the event, Capcom reveals that it has several new projects in the pipeline for the occasion.

The fighting game genre is undoubtedly among the pioneers of videogame media, and within it the Street Fighter saga is the one that has contributed most to its spread. Starting from the cabinets in the arcades, arriving then in the homes of the players through the consoles, and in portability on mobile devices, the beat’em ups were able to keep their honor high despite the inevitable passage of time.

Street Fighter, born in the late eighties, gave rise to memorable chapters still considered as the progenitors of the genre, including the unforgettable Street Fighter II, which later revolutionized the whole vision of one-on-one fighting games. . This year, on August 12, we will celebrate 35 years since Street Fighter made its appearance, and in anticipation of the official anniversary day, Capcom wanted to release a specially created logo, also revealing that he is working on some projects concerning the series.

Street Fighter expands into a myriad of different formats and titles, but the most recently released one dates back to 2016, with the arrival of Street Fighter V on PS4, PC and in Japanese arcades. Of course, it also received further variations, with Street Fighter V: Arcade Edition in 2017, and Street Fighter V: Champion Edition in 2020. Over the years, Capcom has also continued to support the title with a slew of DLCs. reaching the impressive figure of two thousand individual additional contents since the game’s release. In 2022, the gaming house decided to celebrate the anniversary of the title by publishing the official logo for the 35th anniversary of Street Fighter on all its social channels, also feeding rather high expectations on the possible announcement of a new game.

A small message commemorating the franchise is included in a tweet posted on Capcom’s official American account, along with the logo. However, the most important description was included in another tweet belonging to the Japanese Street Fighter account, which goes to hint at future plans planned for the saga. Fans are then invited to wait for news regarding the future developments of Street Fighter, and perhaps a possible announcement could take place coinciding with the date of the “birthday” of the franchise. We therefore look forward to any news, while we wait to celebrate the day when the fighting game genre was defined forever.

Keep following us on TechGameWorld.com to stay up to date on other gaming news, and take a look at the Instant Gaming store to find games at discounted prices.

Oppo Tecnologia Vacanza: devices for weekends out of town 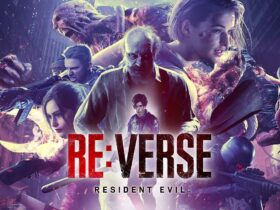