In recent weeks we have got our hands on Teenage Mutant Ninja Turtles: The Cowabunga Collection, a sort of omnia work that collects all the games dedicated to Ninja Turtles released between 1989 and 1994. A simple collection of retro gaming then? Absolutely no. As you will understand from our review, The Cowabunga Collection is much more: it is the dream of any fan of the saga, all in less than 9GB.

Teenage Mutant Ninja Turtles: the Cowabunga Collection will be officially released tomorrow August 30, 2022 – for PlayStation 4, PlayStation 5, Xbox One, Xbox Series X | S, PC (on Steam) and Nintendo Switch. The collection includes 13 original games released on NES, SNES, SEGA Genesis and arcade. So let’s talk about the same titles that many will have played in the smoky arcades of the 90s.

Not only that though: The Cowabunga Collection also includes comic book covers, original game boxes and manuals, screenplay of the serie animate and even i projects and drafts of the videogames present. In short, an essential collection for fans of Leonardo, Donatello, Raffaello e Michelangeloonce again together to fight the wicked Shredder.

Teenage Mutant Ninja Turtles: The Cowabunga Collection – The review of the 13 games featured

In addition to bringing 13 retro titles developed by KONAMI, The Cowabunga Collection introduces autosave and rewind features of games. Gameplay will mostly feature two simple buttons, being essentially all fighting games or side scrolling platformers. Also present one online multiplayer mode which, however, having received the game as a preview of the release, it was not possible for us to try.

Teenage Mutant Ninja Turtles (1P) – Released in 1989 per NES, this is the first chapter of the videogame saga dedicated to Ninja Turtles. It looks like a typical single player side scrolling action platformer. We will start playing as Leonardo, but it will be possible to change our protagonist at any time, as we venture into the various areas. Each Turtle will have its own distinctive attacks, and once life is over it will be necessary to choose another protagonist. At the death of the four turtles, the writing will appear Game Over.

Teenage Mutant Ninja Turtles (4P) – Also released in 1989looks like a vversion for cabin cruiser of the NES game of the same name. The title is actually quite different, being practically a fighting game, and can be played in multiplayer up to 4 players. We will be able to choose our Turtle at the beginning of the game, but we will not be able to change it later. At Game Over it will be possible to insert a coin (as they are unlimited) to resume playing. Exactly as it happened in the arcades of the 90s.

Teenage Mutant Ninja Turtles: Fall of the Foot Clan (1P) : This game was released in 1990 per Game Boy, and resumes lateral scrolling but in black and white. From the beginning we can choose between one of the five levels available, to be faced with one of the four Turtles of our choice. Crouching is also possible in this game to avoid the bullets at the height of a man… ahem turtle. 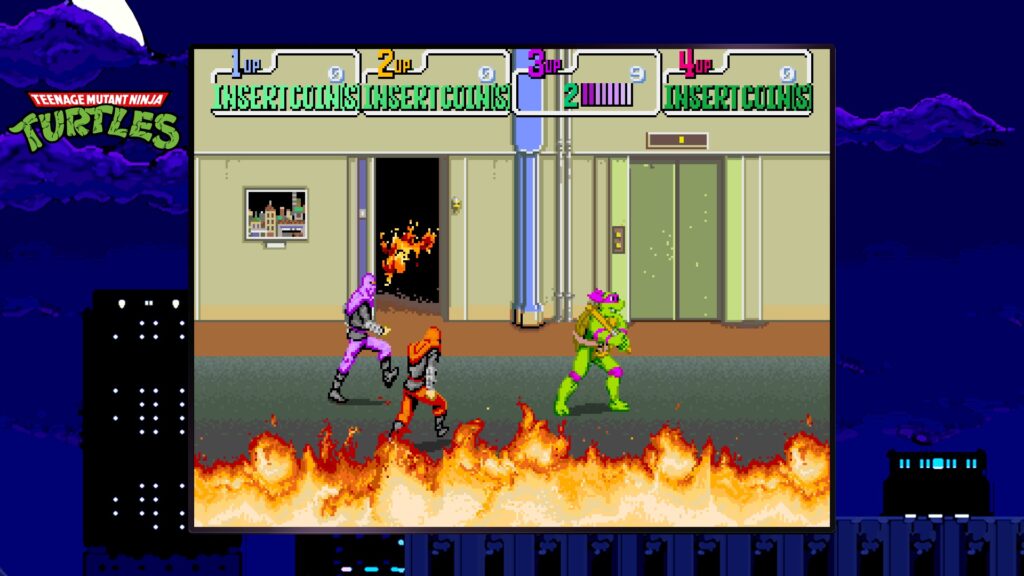 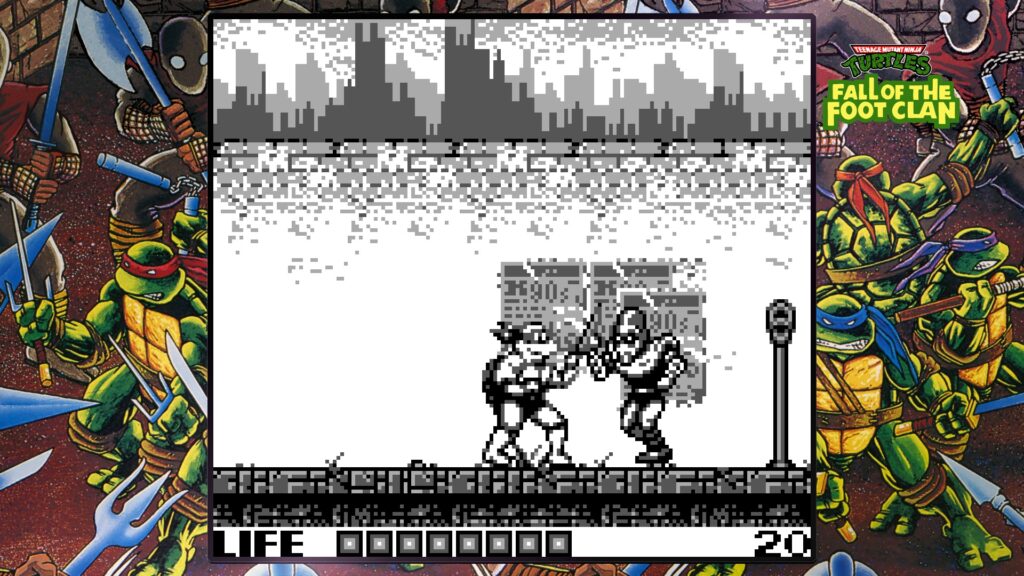 Teenage Mutant Ninja Turtles: Turtles In Time (4P): Dated 1991, Turtles in Time is a arcade up to 4 players. Also in this case we will be allowed to choose between one of the 4 protagonists.

Teenage Mutant Ninja Turtles II: Back from the Sewers (1P): Ninja Turtles return to the black and white of the Gameboy in the 1991. In this case, each character will have, in addition to strengths, also weaknesses. Donatello, for example, will be able to hit enemies from a distance, but his movements will be slower. At the beginning of each level the player will be able to choose their favorite protagonist.

Teenage Mutant Ninja Turtles III: The Manhattan Project (2P): A fighting game for NES released between 1991 and the 1992, with a total of 8 levels. The multiplayer allows you to play up to a maximum of two players, who can choose one of the four Turtles.

Teenage Mutant Ninja Turtles IV: Turtles In Time (2P): This is the version for SNESdated 1992, of the arcade title of the same name released the previous year. The characteristics are practically identical, but the conformation of the levels and, obviously, the graphics engine changes. The player will be able to choose between 4 game modes (single, two player multiplayer, versus and time trial).

Teenage Mutant Ninja Turtles: The Hyperstone Heist (2P): Hyperstone Heist is also based on the Turtle of Times cabinet, with which it shares all combat mechanics, and came out in 1992 per SEGA Genesis. Unlike the arcade, however, there will be fewer levels, although these are much longer. 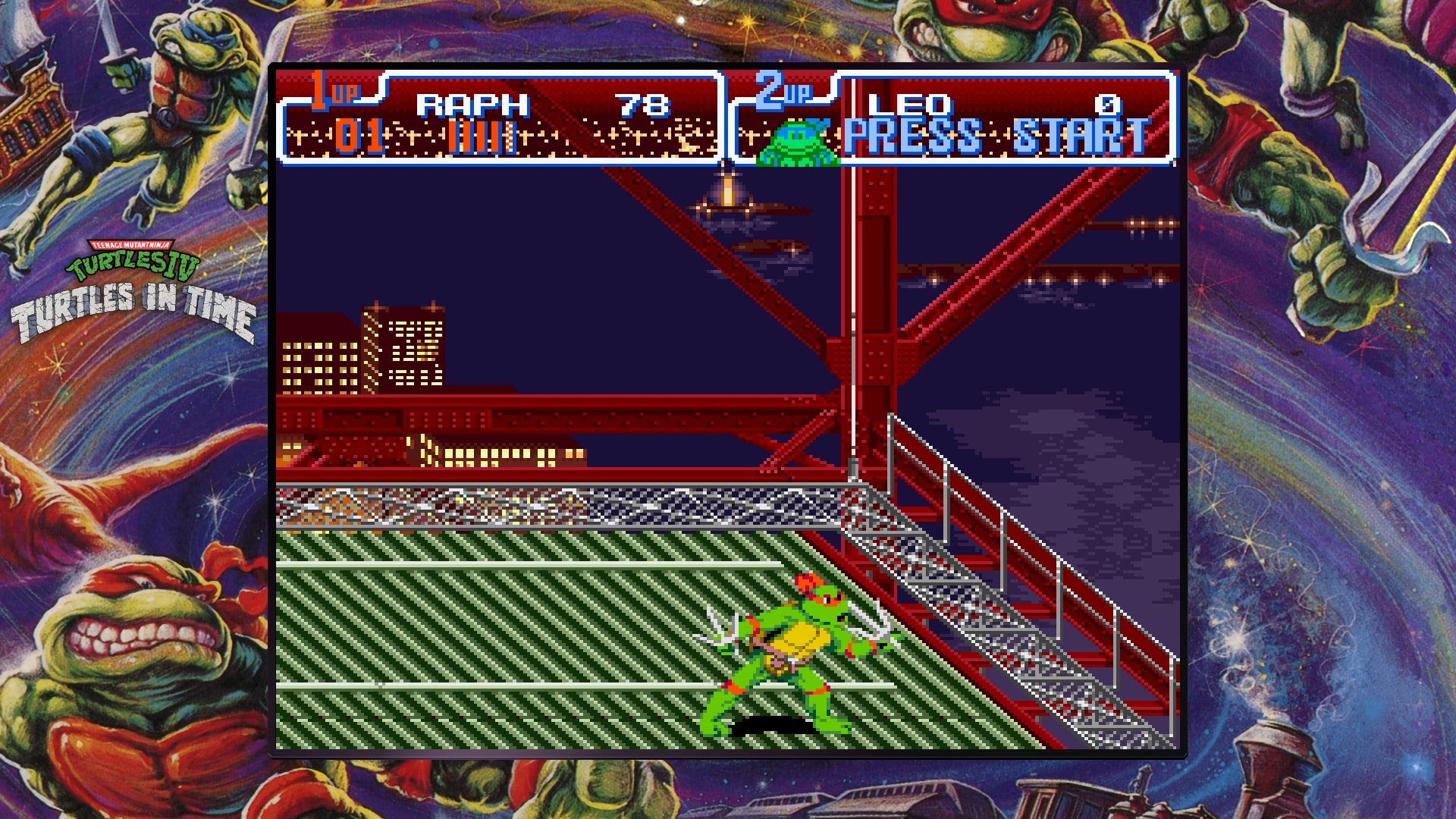 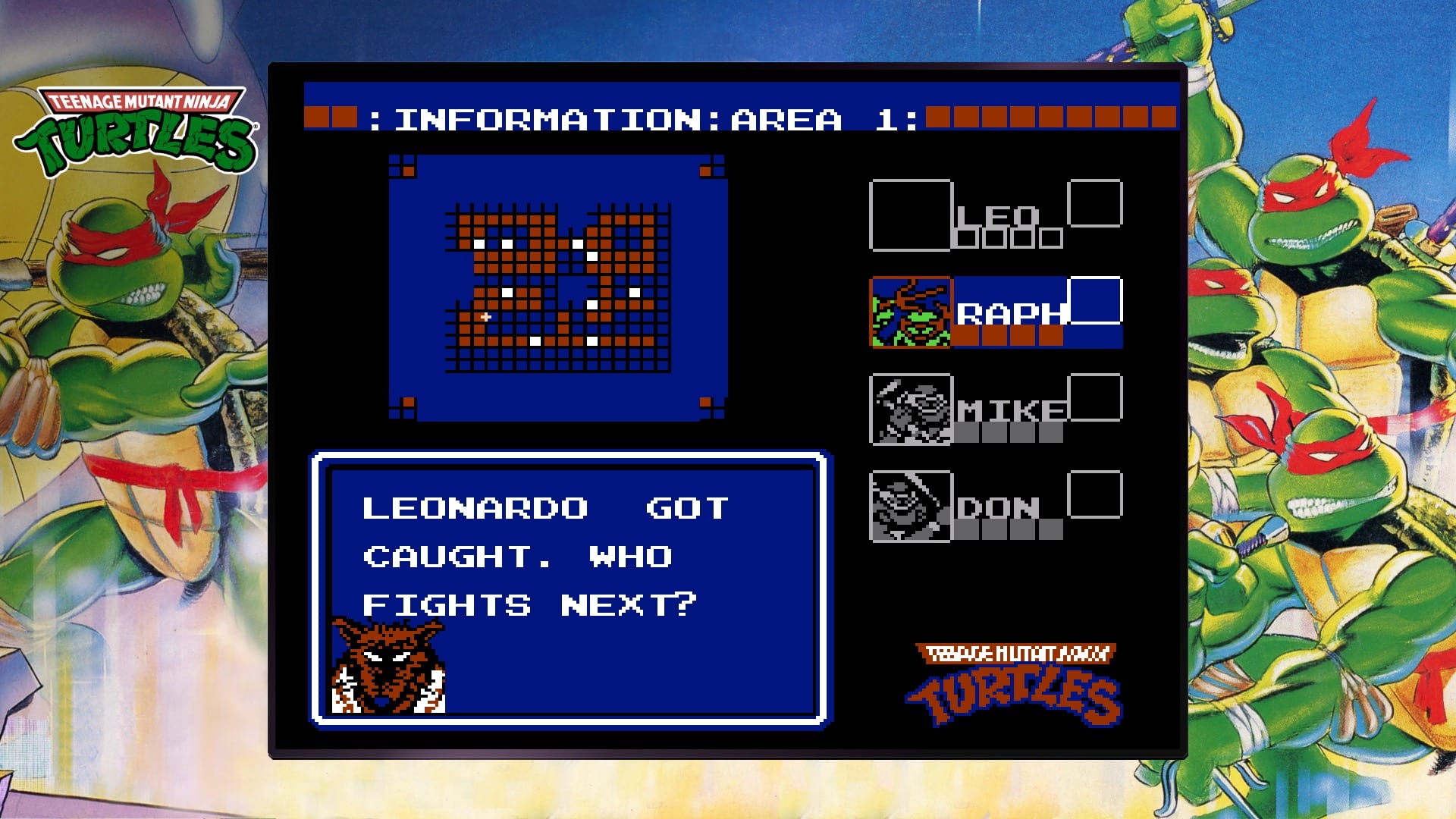 Teenage Mutant Ninja Turtles III: Radical Rescue (1P): Game of the 1993 per Gameboy, in which the player will take on the clothes (or rather the shell) of Leonardo to save the three companions kidnapped by Shredder. By freeing the other Turtles, they will become usable in-game. Compared to the previous chapters, characterized by fighting dynamics, Radical Rescue has characteristics action adventure.

Teenage Mutant Ninja Turtles: Tournament Fighters (2P) – The Cowabunga Collection include all and three versions of Tournament Fighters, released respectively for NES, SNES e SEGA Genesis in the 1994. Apart from a few minor differences, the common goal of the three games is to beat all opponents in a tournament to the death of a turtle. 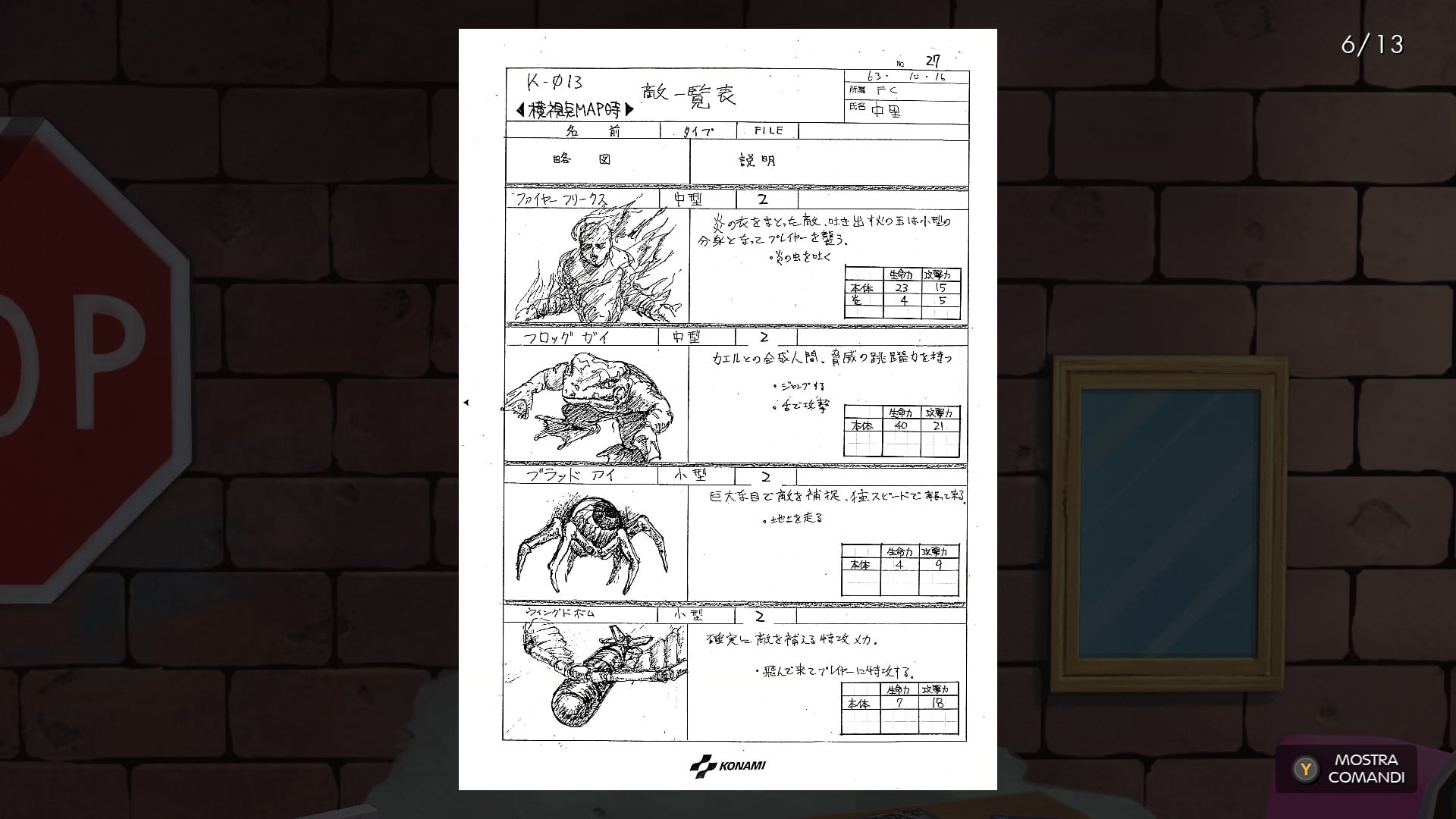 To embellish the incredible collection of The Cowabunga Collection, as anticipated in the introduction of this review, there is a section called The Turtle’s Den. This is a real museum on the history of the Teenage Mutant Ninja Turtle franchise. In the Lair we will find several sections: 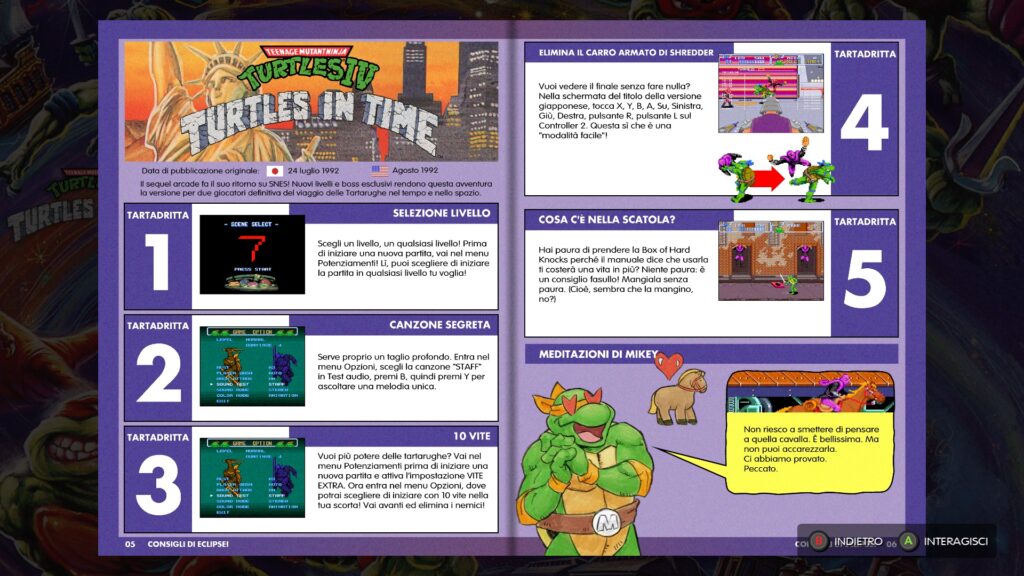 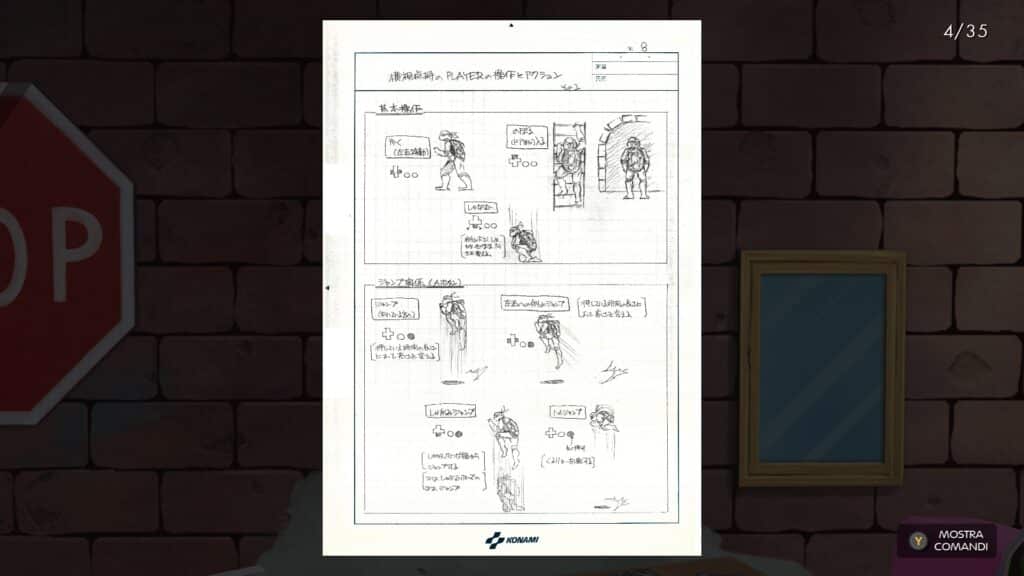 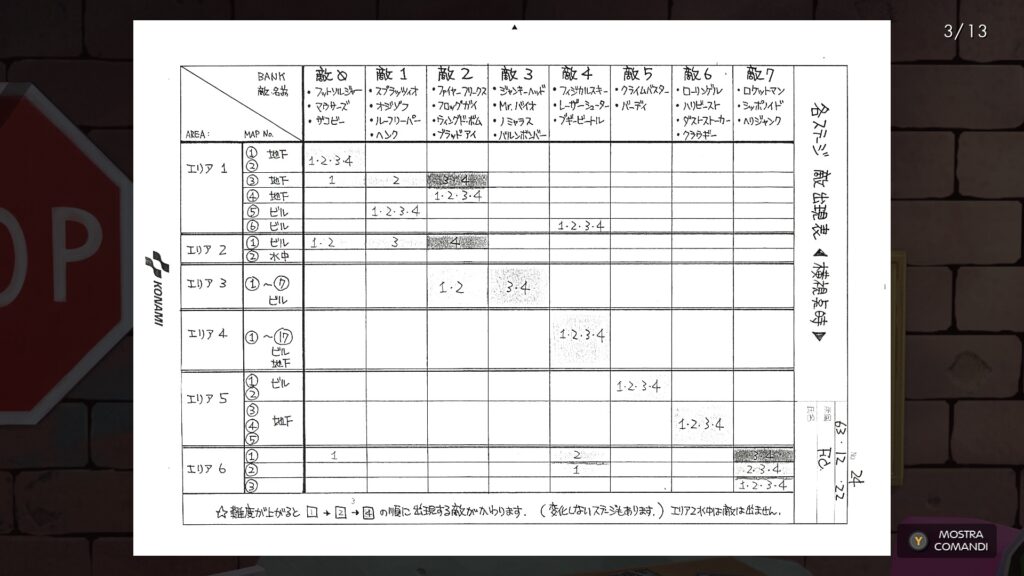 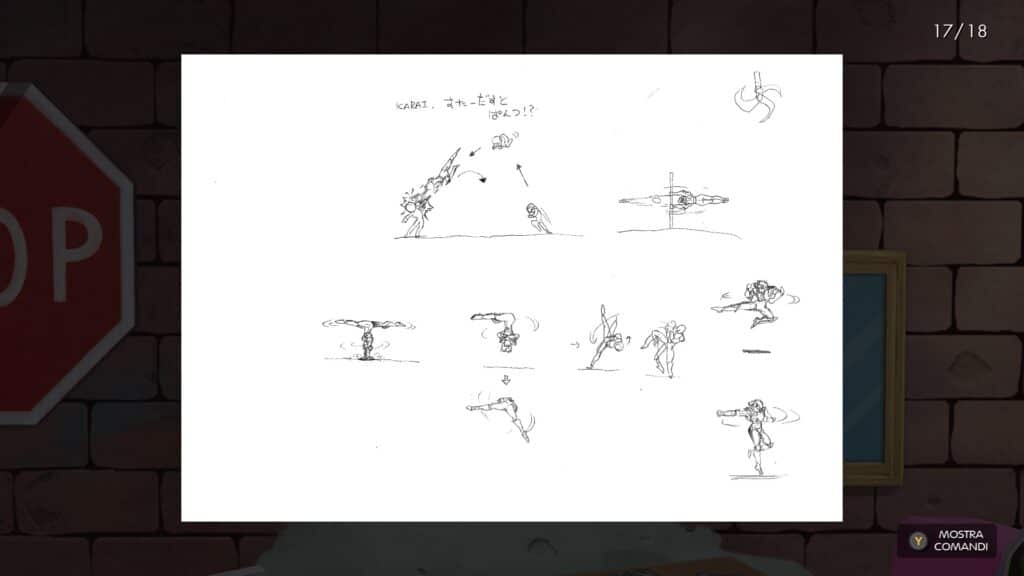 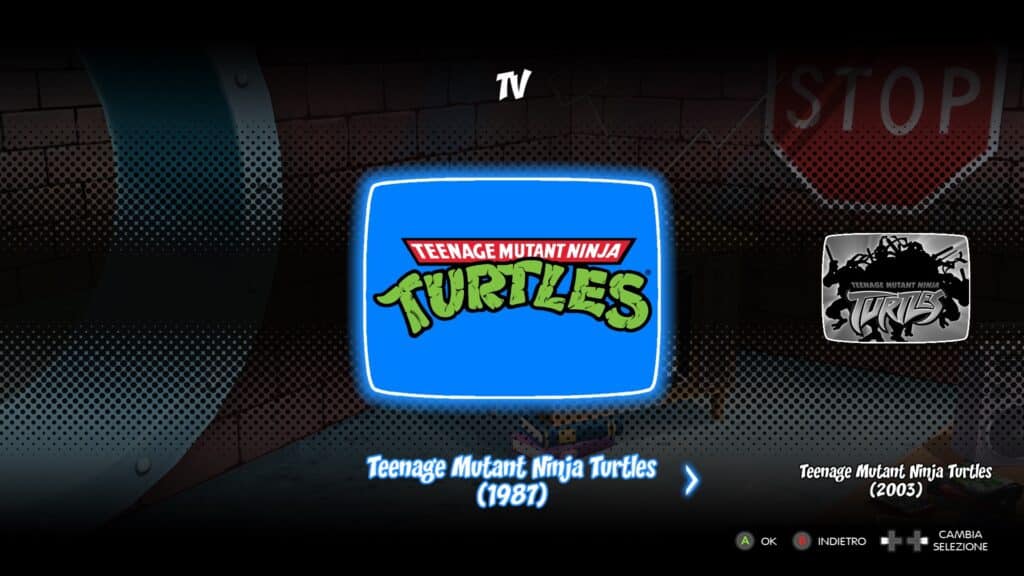 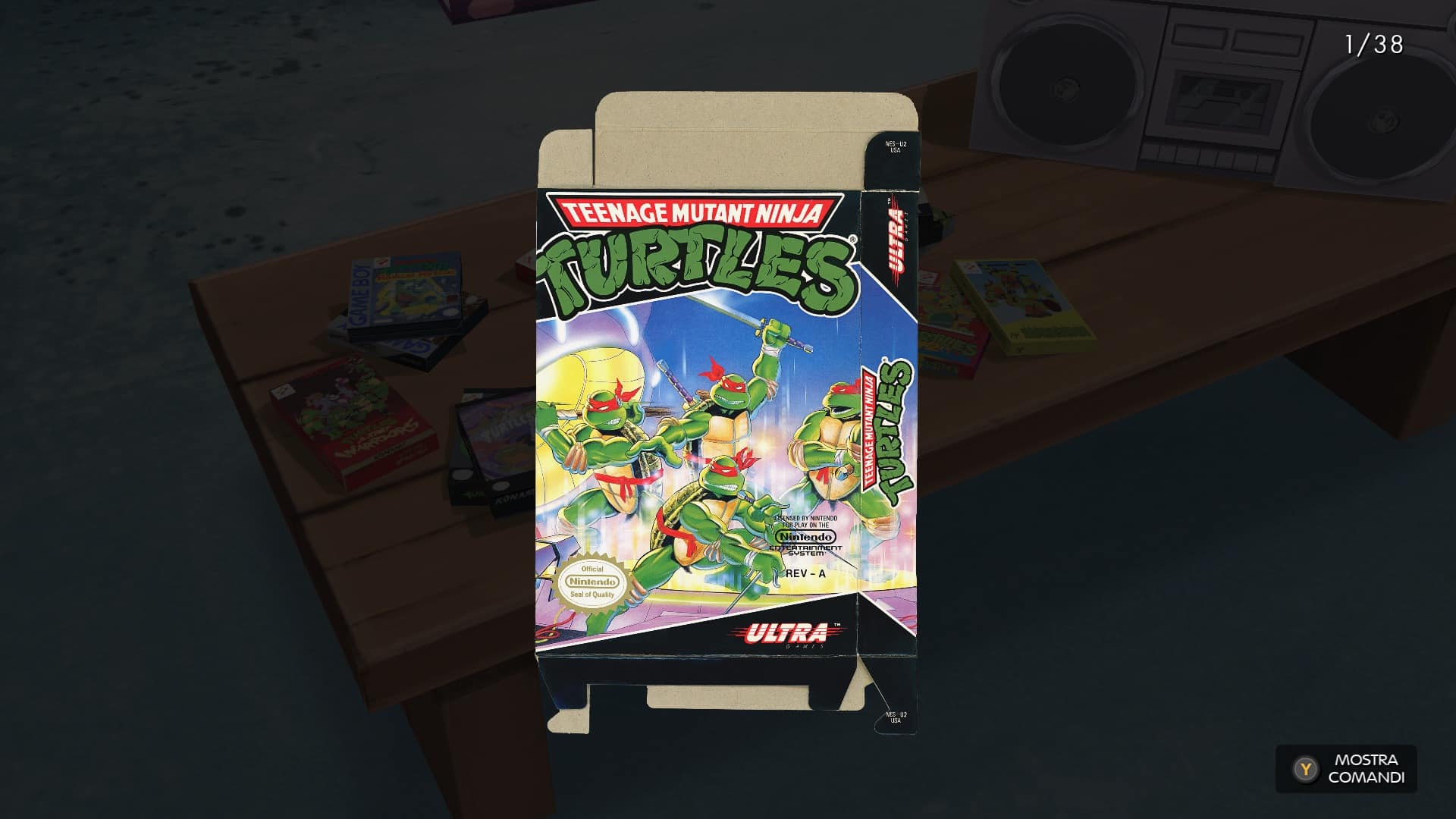 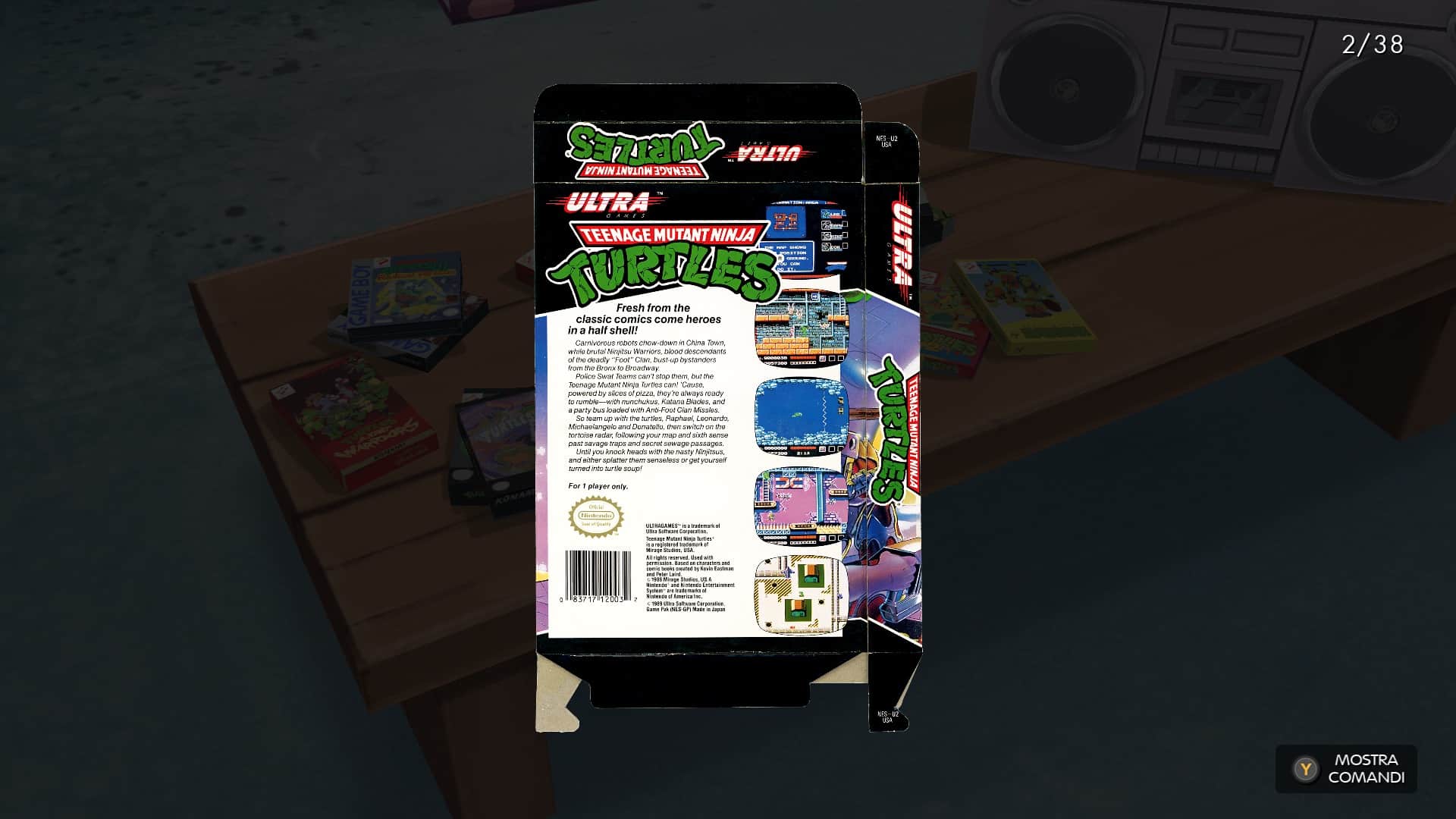 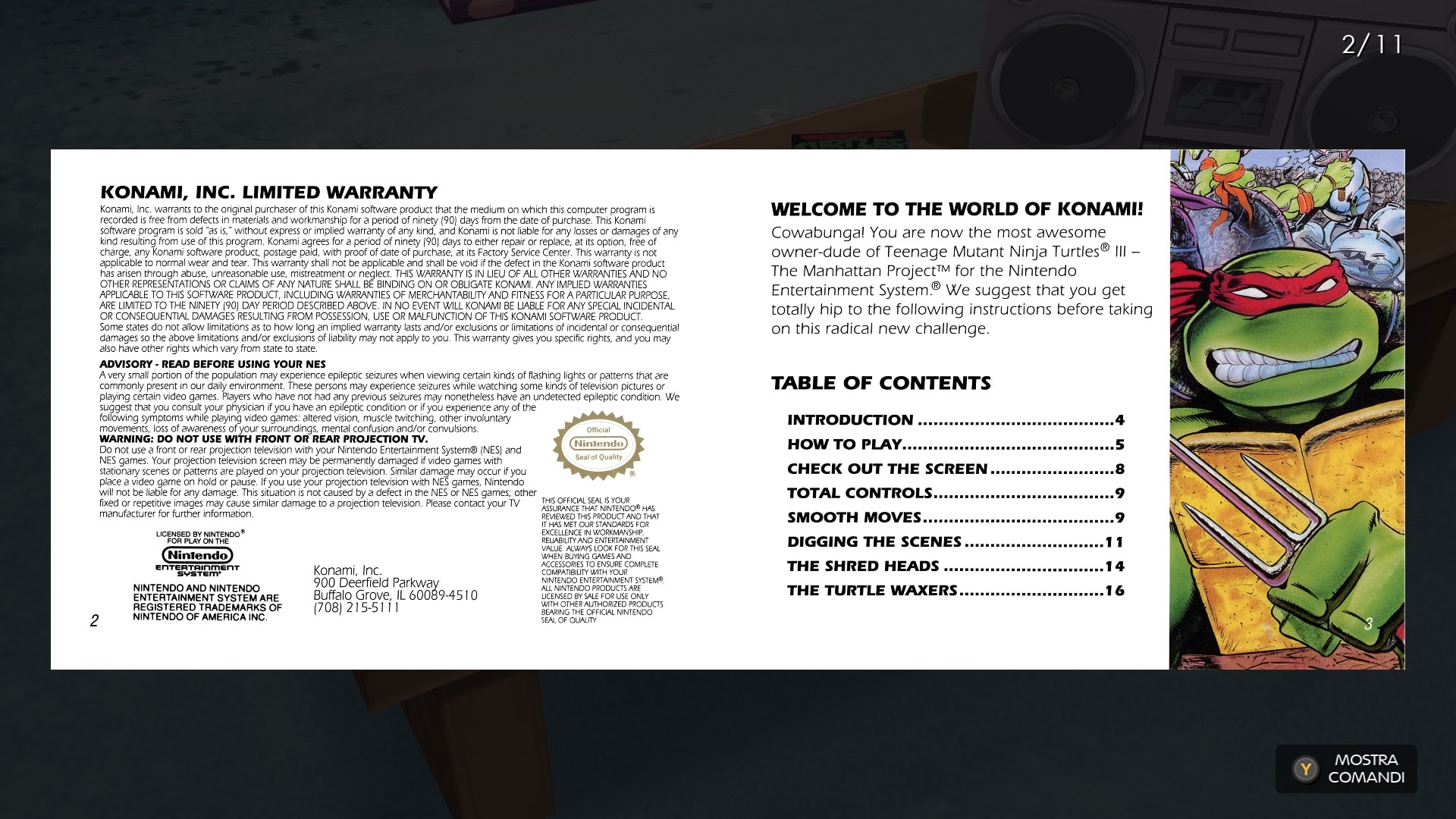 Summing up the review: how is The Cowabunga Collection?

If you are a fan of Ninja Turtles and retro games, this collection is a must-have on your modern console. The Cowabunga Collection is also available in Italianand will allow you to enjoy the original game experience of the cabinets and the two buttons of the NES, with a modern touch (you can, for example, activate the vibration controller).

The options will also give you the possibility to choose between various visual filters, to accentuate the style of the 80s, and to play in full screen simulating the display of the arcade cabinets. 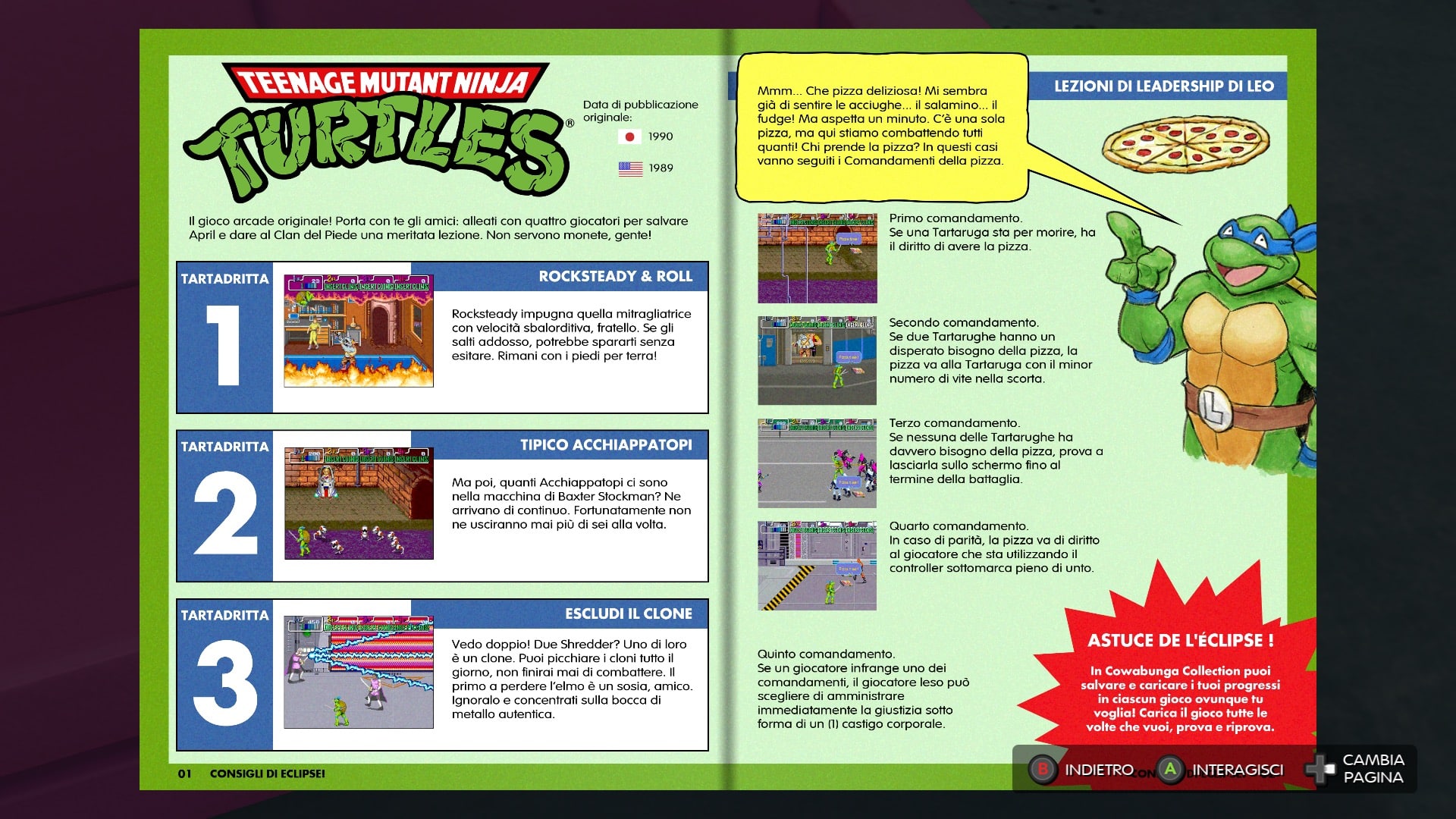 The dedicated Museum (Il Covo delle Tartarughe) is a real one rarity archive, in which a fan could get lost for hours. The presence of original drafts and artistic sketches really add a lot to the understanding of the work behind the development of 1980s video games.

In short, as you will have understood, this review of ours fully promotes The Cowabunga Collection. And now, after writing it, let’s dive back into the game world to fight Shredder together with our 4 tortoiseshell heroes.